The "king of the rant" grew up in Silver Spring, Maryland.

Offering razor-sharp commentary on politics, pop-culture, and anything else that troubles him, Lewis Black has become a household name in comedy. He's ranted to mass audiences on Comedy Central and HBO and is an accomplished actor and author. Did you know he was born in the DMV? Find out what makes him tick down below!

Lewis Black was born in Washington, D.C., on August 30, 1948. His parents, a mechanical engineer and a teacher, raised him in the Burnt Mills neighborhood of Silver Spring, Maryland. After graduating from Springbrook High School in the 1960s, he attended the University of Maryland and the University of North Carolina Chapel Hill to study playwriting. He got an MFA from Yale School of Drama.

Throughout the 1980s, Black worked as a playwright-in-residence at West Bank Cafe's Downstairs Theatre Bar in New York. Along with writing thousands of one-act plays, he oversaw productions by future luminaries including Aaron Sorkin from The West Wing. During this time he was always doing standup and at the end of the decade, he left to become a full-time comedian. His first bit was a three-minute segment for The Daily Show on Comedy Central. Titled "Back in Black," the rage-fueled bit stuck and has continued through Jon Stewart and Trevor Noah's tenures. He went on to do comedy specials for the network, airing his grievances on Comedy Central Presents and Last Laugh with Lewis Black, as well as the series Lewis Black's Root of All Evil. He's also filmed two comedy specials for HBO called Black on Broadway (2003) and Red, White, and Screwed (2006) 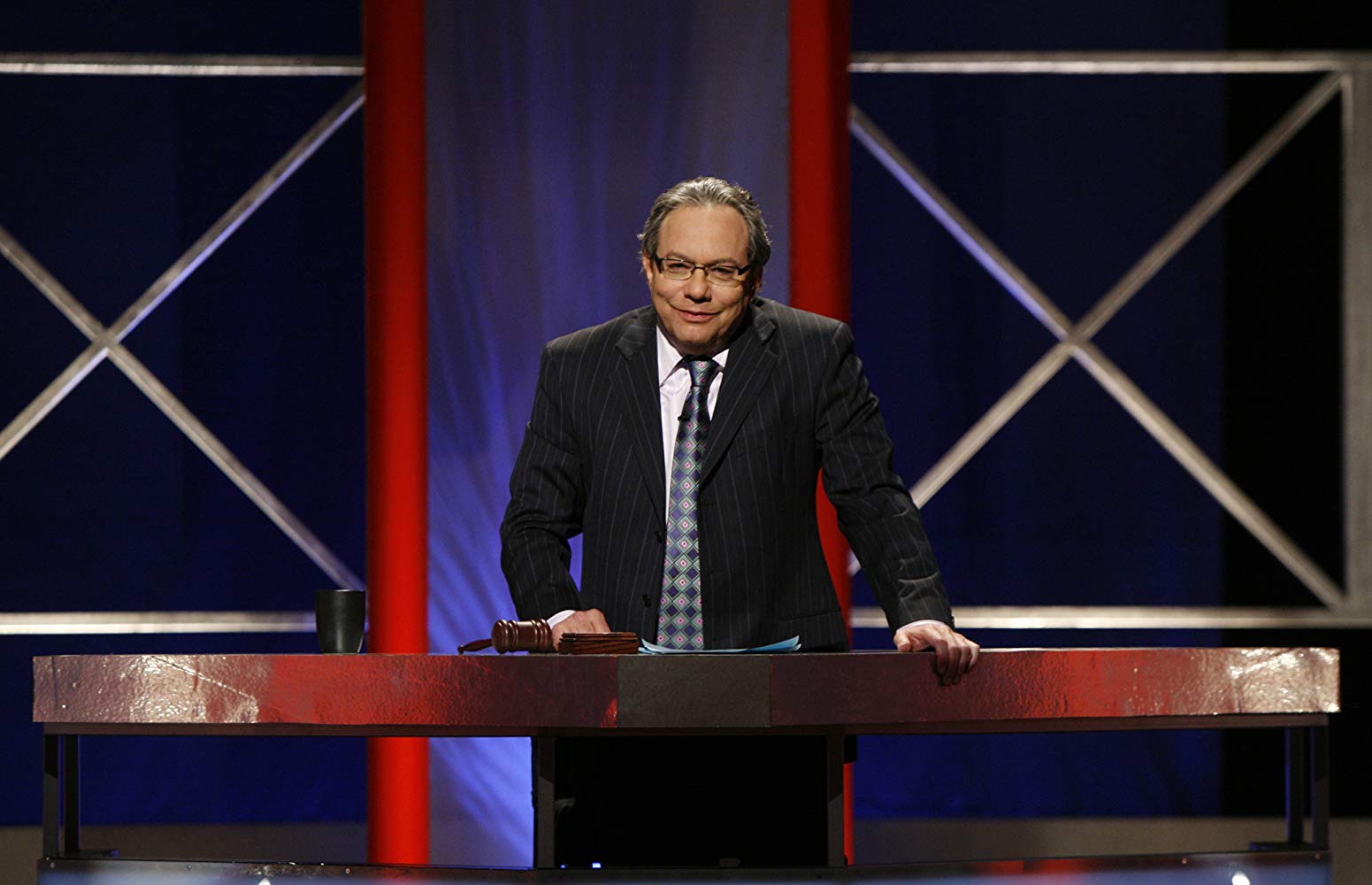 Still from Lewis Black's Root of All Evil, courtesy of IMDb

In addition to standup comedy, Black has appeared both on the big screen and on TV. He was in 2006's Man of the Year alongside Robin Williams and the holiday flick Unaccompanied Minors. He's nabbed small roles on shows like Law & Order, The Big Bang Theory, Spongebob Squarepants, and Harvey Birdman, Attorney at Law. Most notably, he starred in Pixar's Inside Out as the character Anger. The character was originally modeled after the comedian during the film's development, and Black has been on record calling it "the role of a lifetime."

Today the comedian lives in New York City and Chapel Hill, North Carolina. The latter city is particularly special, as Black continues to guide workshops with students at UNC. Fun fact—he co-founded the university's annual Carolina Comedy Festival for students to showcase their creative work and participate in panels and workshops.

Regarding Inside Out the comedian said,

“I’ll be remembered as this little red guy who yells, and his head goes on fire."

This couldn't be a more fitting descriptor of his legacy so far!

Any Lewis Black fans among us? Have a favorite comedy special or appearance? Let's hear them in the comments.