Wanda Sykes is one of America's most well-known comedians. Besides her successful stand-up career, she's also an accomplished actress and writer who's used her voice to speak out on important issues including race and LGBTQ rights. While she was born in Virginia, Sykes' history in the Old Line State easily qualifies her for this column, as you'll quickly find out!

Born on March 7, 1964, in Portsmouth, Virginia, Sykes was raised in Maryland by her parents, banker Marion Louise Peoples, and U.S. Army Colonel Harry Ellsworth Sykes. She went to Arundel High School in Maryland's Anne Arundel County and graduated from Hampton University with a marketing degree. After college, she got a job as a contracting specialist at the National Security Agency (NSA). While employed at the NSA, she performed stand-up on the side. Her first show was at D.C.'s Coors Light Super Talent Showcase, and her big breakthrough came opening for comedian Chris Rock.

Between 1997 and 2000, Sykes wrote and appeared on The Chris Rock Show, winning an Emmy in 1999 for the "Outstanding Writing for a Variety, Music, or Comedy Special" category. In 2003, she starred in her own sitcom Wanda at Large, which ran for two seasons on Fox. Despite its short run, she broke barriers as the first black woman to write, star in, and direct her own show. Her acting resume includes recurring roles on TV shows like The New Adventures of Old Christine (starring Julia Louis Dreyfus), Curb Your Enthusiasm, and Black-ish, as well as major blockbuster films Monster-in-Law, My Super Ex-Girlfriend, and the Ice Age franchise. 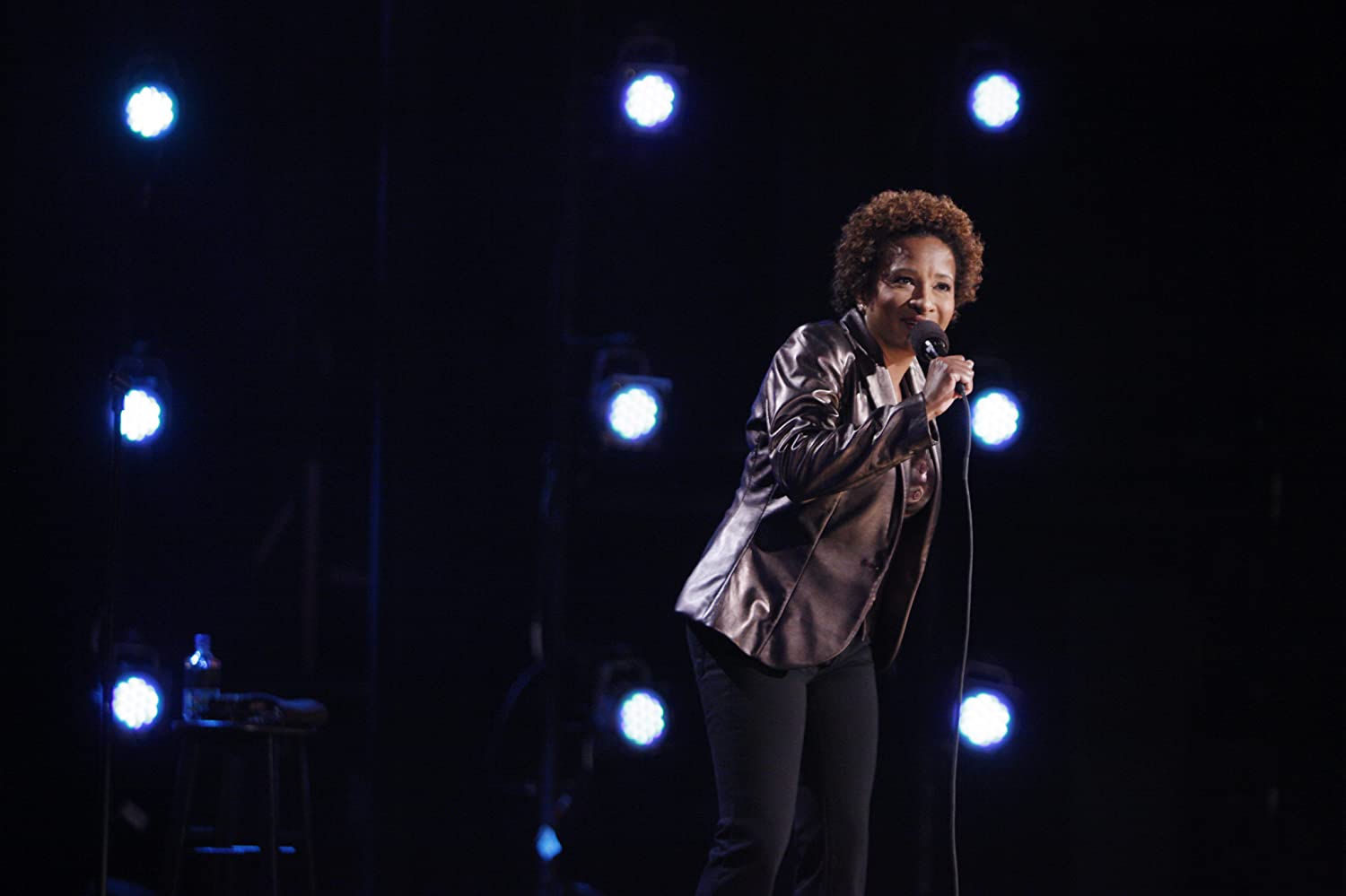 Throughout her career, the comedian's also been an outspoken proponent social justice issues, particularly LGBTQ rights. In 2008, she came out publicly as a lesbian during an event in Las Vegas pushing back against Proposition 8, which outlawed same-sex marriage in the state of California. She was married to spouse Dave Hall for seven years before marrying her wife Alex Niedbalski in 2008; the couple has two children.

Today she splits her time between Los Angeles, New York, and Philadelphia. Currently, you can find her on Curb Your Enthusiasm, which made its comeback in 2019 as well as her first Netflix special called Wanda Sykes: Not Normal.

Anyone here fans of Wanda Sykes? Have a favorite comedy special or acting role? Let's hear them in the comments!