Is there a more famous face than David Hasselhoff? He can act, he can sing ("Looking for Freedom"), and his Broadway career shows he can do both at the same time. He even has a World Record to show for it with the massive success of Baywatch. Yet the TV icon wasn't always so larger-than-life. It turns out he was born in Baltimore. We could have guessed a variety of places—Los Angeles, for one—but we wouldn't have guessed Maryland!

Hasselhoff was born in Baltimore on July 17, 1952. His parents, Joe Hasselhoff and Dolores Therese, raised him and his four sisters in Jacksonville, Florida, and Atlanta, Georgia. His childhood dream was becoming a Broadway actor. While a student at Lyons Township High School in the Chicago suburbs, he excelled in extracurriculars like choir and volleyball and acted in school plays. He attended Oakland University before graduating from the California Institute of the Arts with a theater degree.

In 1975, he made his initial break on daytime TV as Dr. Snapper Foster on The Young and the Restless, and in 1982 he shifted gears with Knight Rider, a sci-fi series about the crime-fighter Michael Knight. It aired for four seasons until 1986.

In 1989, Baywatch premiered on NBC with Hasselhoff as his most iconic role, lifeguard Michael Buchannon. The show was shelved after one season, but Hasselhoff fought to keep it alive—he used his own funding and became an executive producer so when it returned in 1991, it was a global phenomenon. Baywatch aired in 140 countries, with over a billion viewers tuned in for its 2001 series finale. As a result, Hasselhoff was entered in the Guinness Book of World Records for "The World's Most Watched Man on Television" in 2011. 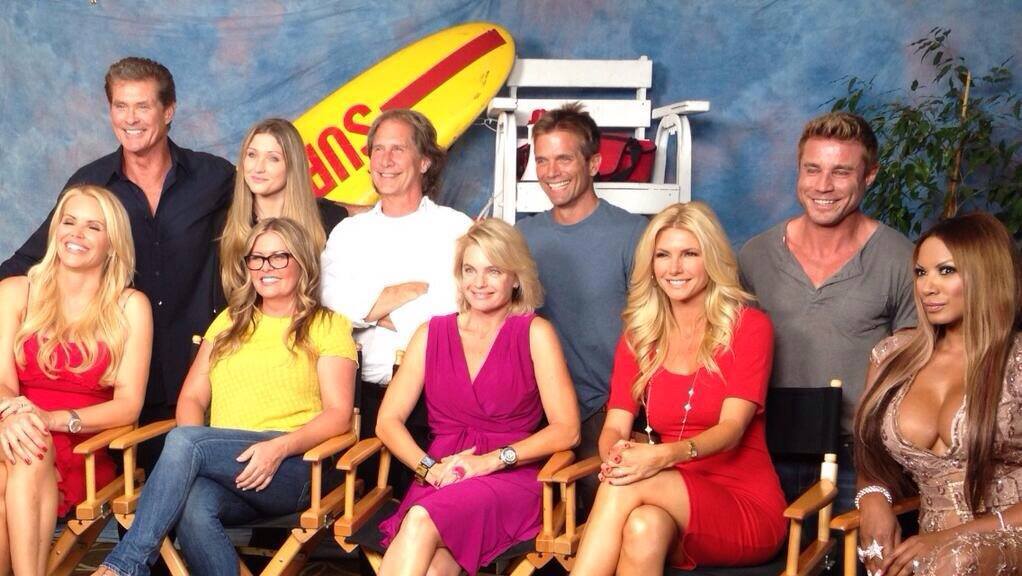 Hasselhoff is mainly known as a TV actor, but he's appeared on the big screen as well in films like Click, Dodgeball, and The Spongebob Squarepants Movie. He also has a career in Broadway; he first starred in an adaptation of Dr. Jeckyll and Mr. Hyde in 2000, as well as productions of Chicago and The Producers. His most recent appearance was in Dolly Parton's 9 to 5 The Musical as the boss Franklin Hart, Jr., which debuted on London's West End last year. He's even had a stint on America's Got Talent as a judge, which if you ask us, there's no one better suited for the job!

Hasselhoff is also a successful singer. He had hits throughout the '80s, but the song "Looking for Freedom" took on relevance after Germany felled the Berlin Wall. The actor even performed it at a New Year's Eve bash outside the site in 1989, forever cementing himself as a German icon (and a fashion one as well—just look at that piano key scarf!).

Hasselhoff has been married three times, though today he's married to Hayley Roberts, with whom he tied the knot in 2018. He has two daughters from a previous marriage with actress Pamela Bach-Hasselhoff.

Let's hear your thoughts on "The Hoff." Do you have a favorite show or movie role? Have you ever had a brush with the pop-culture legend? Whatever it is, tell us in the comments!