Our Marylanders Now: David Simon, Creator of 'The Wire'

Our Marylanders Now: David Simon, Creator of 'The Wire'

The showrunner got his start at the Baltimore Sun.

The Wire is considered one of the great television shows ever made. It turned the cop procedural on its head with explorations of race, class, and America's institutions within the backdrop of Baltimore. While its creator David Simon has lived in the city for 30 years, he also grew up in the surrounding area of D.C. Did you know he came from the DMV? Read on to find out more about one of television's biggest figures!

David Simon was born in Washington, D.C., on February 9, 1960, to a Jewish family. He went to local schools, attending Bethesda-Chevy Chase High School and the University of Maryland, College Park. In 1982, Simon was hired by The Baltimore Sun, where he reported on local crime for 12 years. Eventually feeling disenchanted by the paper's dysfunction, Simon left for the Baltimore Police Department to pursue a writing project. This would become 1991's Homicide: A Year on the Killing Streets. It was adapted into the NBC procedural Homicide: Life on the Street with Simon assisting as a writer and producer. The show ran for 7 seasons. He also wrote The Corner: A Year in the Life of an Inner-City Neighborhood with Ed Burns and adapted it for the HBO series The Corner. 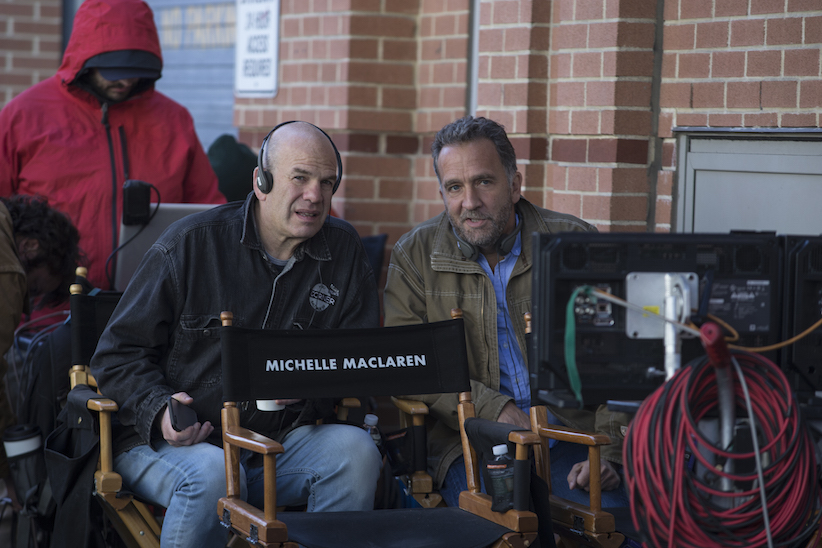 In 2001, Simon wrote the pilot for The Wire, where it premiered on HBO the next year. Starring Dominic West, Idris Elba, and Michael K. Williams, the show explored the cat-and-mouse relationship between Baltimore's drug gangs and the city police department. With its mix of sophisticated storytelling and gritty realism, the show aired for five seasons and was nominated twice for an Emmy. While The Wire's success was less pronounced than other shows, it's become a staple of television's "Golden Age" along with The Sopranos, Mad Men, and Breaking Bad.

Since The Wire, Simon's created other series for HBO, including Generation Kill, Treme, and Show Me A Hero, which have garnered critical acclaim. He won the McArthur Fellowship, or "Genius Grant in 2010 which "supports creative people, effective institutions, and influential networks building a more just, verdant, and peaceful world." He lives in Baltimore and married former Baltimore Sun reporter and author Laura Lippman (Fun fact: Baltimore legend John Waters officiated their wedding ceremony!).

Currently, Simon has several projects in the works, many based on non-fiction books. His most recent show is HBO's The Deuce, a drama set in 1970's New York starring James Franco and Maggie Gyllenhall (the final season airs next month). Simon is also working on an adaptation of Philip Roth's novel The Plot Against America. While no release date has been announced, they were caught filming in DC this June, so it's probably not far away!

Are you a fan of The Wire? Have a favorite episode or moment? Let's hear them in the comments!