The Long Island native established his DIY ethos in Baltimore.

Dan Deacon is an experimental artist who's associated with Baltimore's DIY scene. For almost 20 years, the Long Island native has composed "sound collages" of electronic pop with the sophisticated structure of chamber music. His eclectic approach can be seen across five studio albums, collaborative projects, and film scores, and he puts on a heck of a live show. Are you a fan of Dan Deacon? Read on for more below!

Deacon was born on August 28, 1981, in Long Island, New York. He attended Babylon High School and was later accepted to SUNY Purchase's Conservatory of Music, where he pursued electro-acoustic and computer-music composition studies. He played in various bands and composed his own material as a student. After graduating, he moved to Baltimore with his bandmates and established the art collective Wham City at the Copycat Building. A former factory space, it's become a staple of Station North's art scene.

In 2007, he released his first official album Spiderman of the Rings on Carpark Records. It received rave reviews, including Pitchfork's coveted "Best New Music" label. He then released his second album Bromst in 2009, followed by 2012's America, which reflects on the country through Deacon's extensive cross-country travel. His most recent record, Mystic Familiar (2020), received critical acclaim for its return to the majestic pop compositions of his early work. 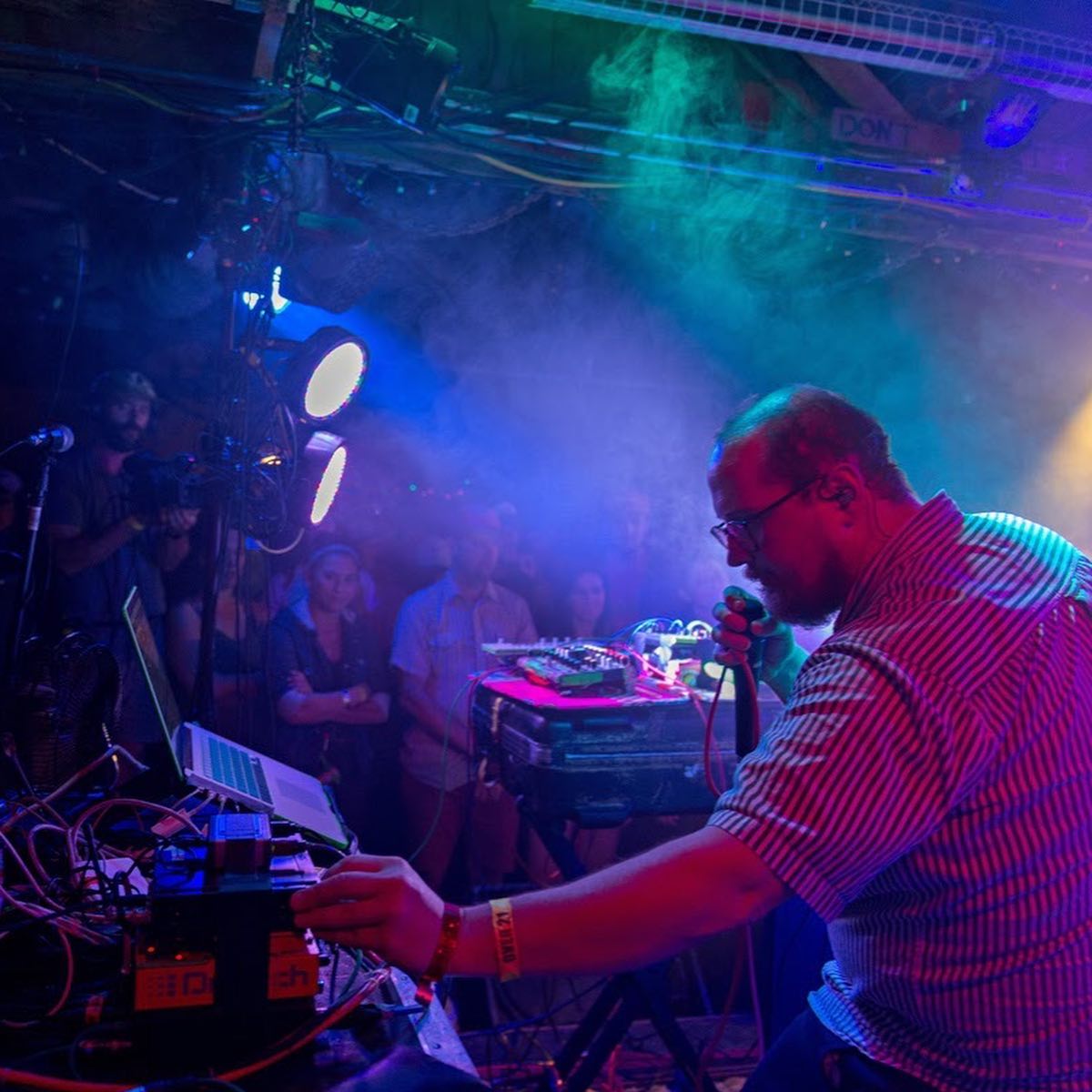 In addition to solo records, Deacon has also lent his compositional skills to other projects. He co-wrote and produced the album Riddles with Baltimore duo Ed Schrader's Music Beat, and has composed scores for films like Francis Ford Coppola's Twixt and the HBO documentary Well Groomed chronicling the world of competitive dog shows. His score for Rat Film, which deals with gentrification and poverty in Baltimore, received a nomination by Cinema Eye Honors for Best Original Score.

Throughout his career, Deacon has performed with a variety of artists, from indie bands No Age and Deerhunter to Kronos Quartet. He played the 100th birthday celebration of the experimental composer John Cage and collaborated with the New York City Ballet on the performance The Times Are Racing. His performance with the Baltimore Symphony Orchestra back in 2019 got a special shout-out from Baltimore Magazine as one of the city's best musical moments that year. It combined Deacon's back catalog with classical compositions.

Are there any folks here who like Dan Deacon? Do you have an album you'd recommend to new listeners? Let's hear them in the comments!