Our Marylanders Now: Ira Glass, Host of 'This American Life'

Our Marylanders Now: Ira Glass, Host of 'This American Life'

The iconic radio show host was born in Baltimore.

Since its debut in 1995, This American Life has swept the radio landscape with its unique blend of direct reporting and literary storytelling. The weekly program (at 691 episodes as of this year) has won a multitude of awards and broken down barriers on what a radio show can be in the modern era. Ira Glass is the host and visionary force behind the show, as well as a native Marylander; he began his career in radio interning at NPR's D.C. headquarters. He's also related to famed composer Philip Glass, who you can read about here.

Ira Glass was born in Baltimore on March 3, 1959. He and his two sisters were raised in a Jewish family by parents Barry and Shirley, a businessman and a clinical psychologist. He was a bright student who participated in many extracurricular activities including student government, national honor society, and yearbook. He studied medicine at Northwestern University before shifting focus to semiotics at Brown University.

When he was 19, Glass landed an internship at NPR's headquarters in Washington, D.C. There he worked his way from tape cutter to a reporter, even hosting on news segments All Things Considered and Morning Edition. After 17 years, he moved to Chicago to continue his journalistic pursuits, contributing reports to All Things Considered and hosting The Wild Room with Gary Covino on WBEZ Chicago Public Radio. 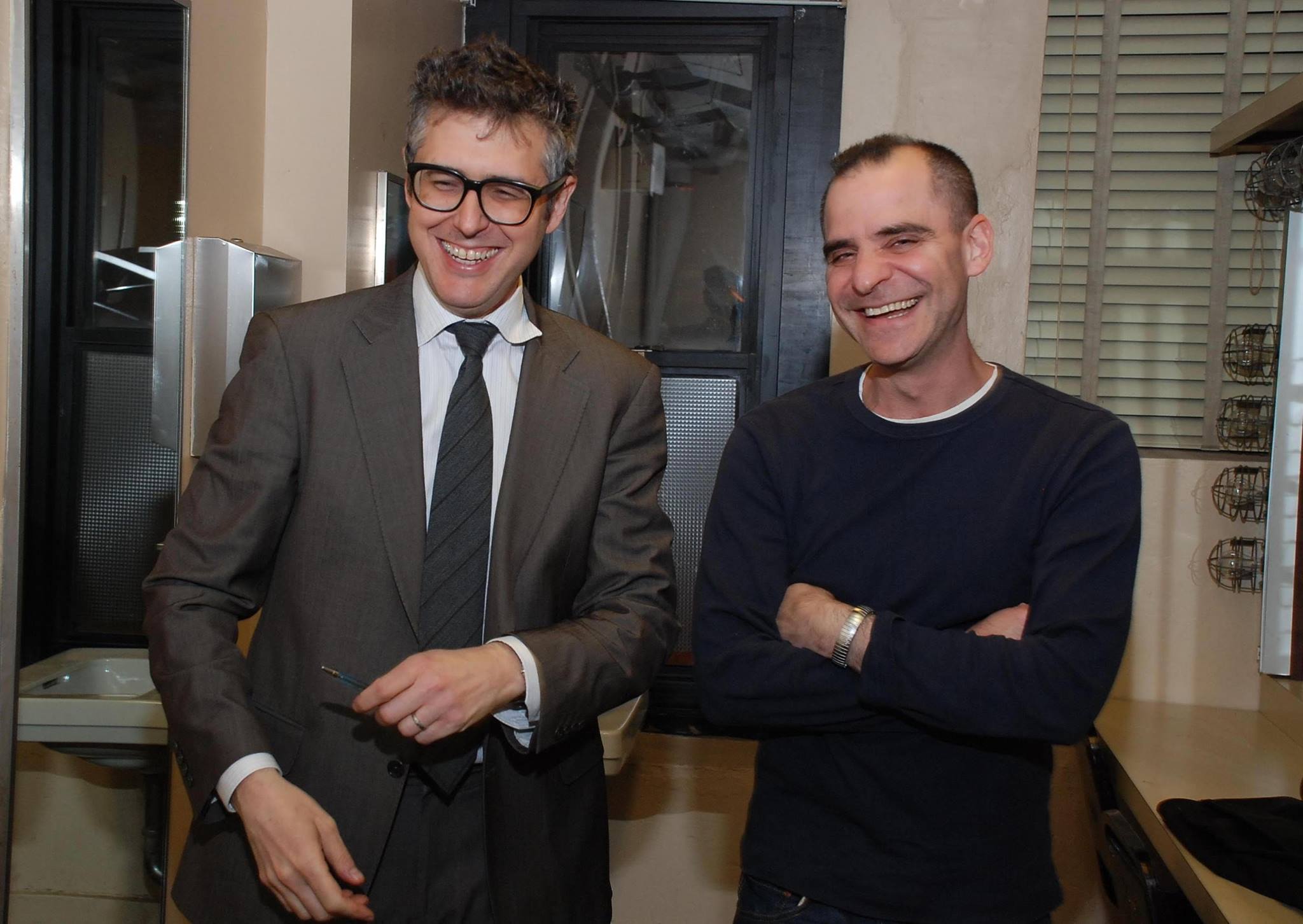 General manager Torey Malatia received a grant in 1995 from the MacArthur Foundation to create a new show covering local culture. Glass negotiated to make it a weekly program, its ethos being "nobody who's famous, nothing you've ever heard of, nothing in the news." The show was called Your Radio Playhouse before they officially changed it to This American Life in 1996. The topics range in scope, from summer camp and break-ups to the aftermath of 9/11 and Hurricane Katrina. Award-winning authors and reporters have contributed over the years, among them Serial's Sarah Koenig and David Sedaris, whose writing career kicked off with the essay "Santaland Diaries."

This American Life has become a cornerstone of American culture, renowned for its quality production. It won a Peabody Award within its first year, and in 2020 the episode "The Out Crowd" won a Pulitzer Prize for Audio Reporting, the first radio show to do so. Glass himself has been recognized with an honorary degree from Goucher College in Baltimore and the Edward R. Murrow Award for Outstanding Contributions to Radio, an esteemed journalism honor. Today the show averages 2 million listeners a week across 500 radio stations, as well as 2.5 million digital downloads. Along with radio, Glass has also written books, including comics.

Are you a listener of This American Life? Is there an episode, in particular, that's touched your heart or made you cry? Please share them with us in the comments!