The co-host of CBS This Morning was born in Chevy Chase.

Gayle King is a tireless force in broadcast journalism. As the co-host of CBS This Morning, she's interviewed hundreds of guests and received honors for her work in journalism, including three Emmy awards and a spot on Time's annual "100 Most Influential People" list. She is also one of Oprah Winfrey's closest friends and collaborators. Did you know she was born in Maryland? Find out more below!

Born in 1954 in Chevy Chase, Maryland, King lived briefly in Turkey before eventually returning to the United States. She received a degree in Psychology at the University of Maryland. Her first break came in the 1970s as a production assistant at Baltimore's WJZ-TV, where she would meet the news anchor Oprah Winfrey; the duo's friendship continues to this day. From there she anchored at WUSA-TV in D.C. and Kansas City's WDAF-TV. Her longest-running gig was an 18-year stretch at WFSB in Hartford, Connecticut.

After working as a correspondent on Good Morning America, King became an anchor for CBS This Morning in 2011. Co-hosting alongside Charlie Rose, her tenure's been marked by major world events, including the Supreme Court's historic Obergefell v. Hodges decision and the grand opening of the Smithsonian's African American History and Culture Museum. Her coverage of the Royal Wedding of Prince Harry and Meghan Markle drew over four million viewers to CBS, the most out of any major network. 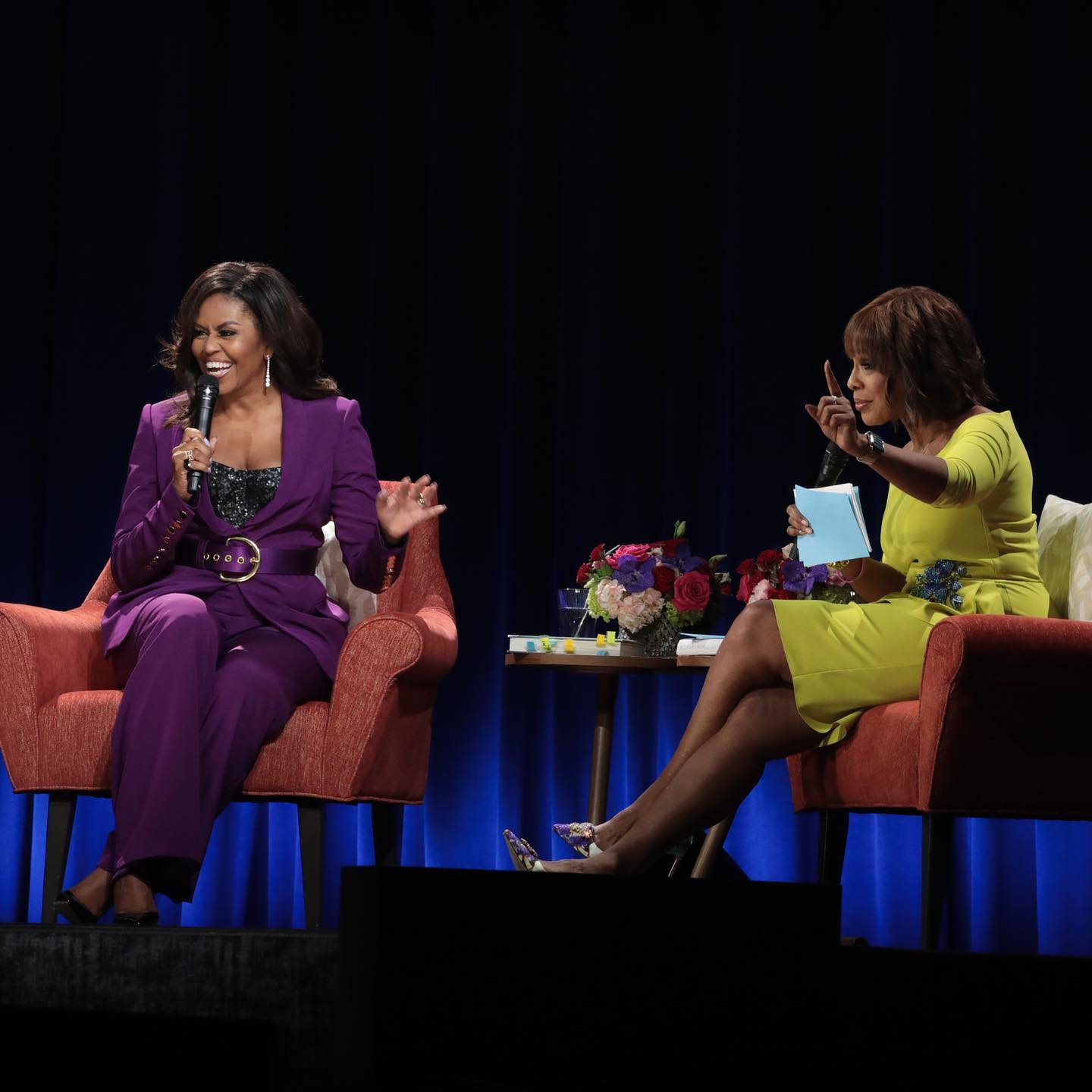 But King is probably best known for her interviews. In a chat with Drew Barrymore, the journalist described herself as a "news junkie" who loves exploring the minds of people she finds interesting. Notable interviewees include former First Lady Michelle Obama, Taylor Swift, and Amy Schumer, among others. Some of these interviews have gone viral; in 2018, she famously handled an angry outburst from R. Kelly after discussing sexual abuse allegations against him—the heated moment was captured in a striking photo, and King's professionalism was unanimously praised.

In addition to broadcast journalism, King has worked on TV, hosting her own talk show in the 1990s as well as 2011's The Gayle King Show on the Oprah Winfrey Network, OWN. She's also been a correspondent on The Oprah Winfrey Show and an editor for O Magazine.

Over the course of her career, her contributions to journalism have not gone unnoticed. As well as winning three Emmy awards, she was placed on the Time 100: The Most Influential People of 2019 list, with a write-up from Ava DuVerney, and inducted into the Broadcasting & Cable Hall of Fame. She currently lives in New York City and has two children.

Oprah famously described her friend with the highest of regard: "she is the mother I never had, she is the sister everybody would want, she is the friend everybody deserves." May we all be so lucky to find someone like Gayle!

Do you watch Gayle King on CBS This Morning? Is there an interview or news report you found particularly memorable? Share it with us in the comments!