The Bethesda native was the youngest American athlete at the 2012 Olympics.

At just 23 years old, Katie Ledecky is one of the brightest athletes of her generation. Her 34 medals won across major championships like the Olympics and World Championships have secured her place as one of the highest decorated female swimmers in the sport's history. She's also broken 14 world records. Did you know the star athlete is also a Marylander? Read on for her achievements below!

Born on March 17, 1997, in Washington, D.C., Ledecky was raised in Bethesda, Maryland, by parents Mary Gen and David. She started swimming at the age of 6 alongside her older brother, Michael, and would continue the sport into high school. While a student at Stone Ridge School of the Sacred Heart, she topped most of the team's previously-held records.

In 2012, she began training at the Nation's Capital Swim Club with assistance from coaches Yuri Suguiyama and Bruce Gemmel. That same year she made her debut at the United States Olympic Trials, which qualified her for the Summer Olympics in London. There, she won her first international gold medal and became the youngest American to participate in the 2012 games. She followed this with four gold medals at the 2013 World Championships in Barcelona, Spain, including one in a world-record-setting 1500-meter freestyle event. 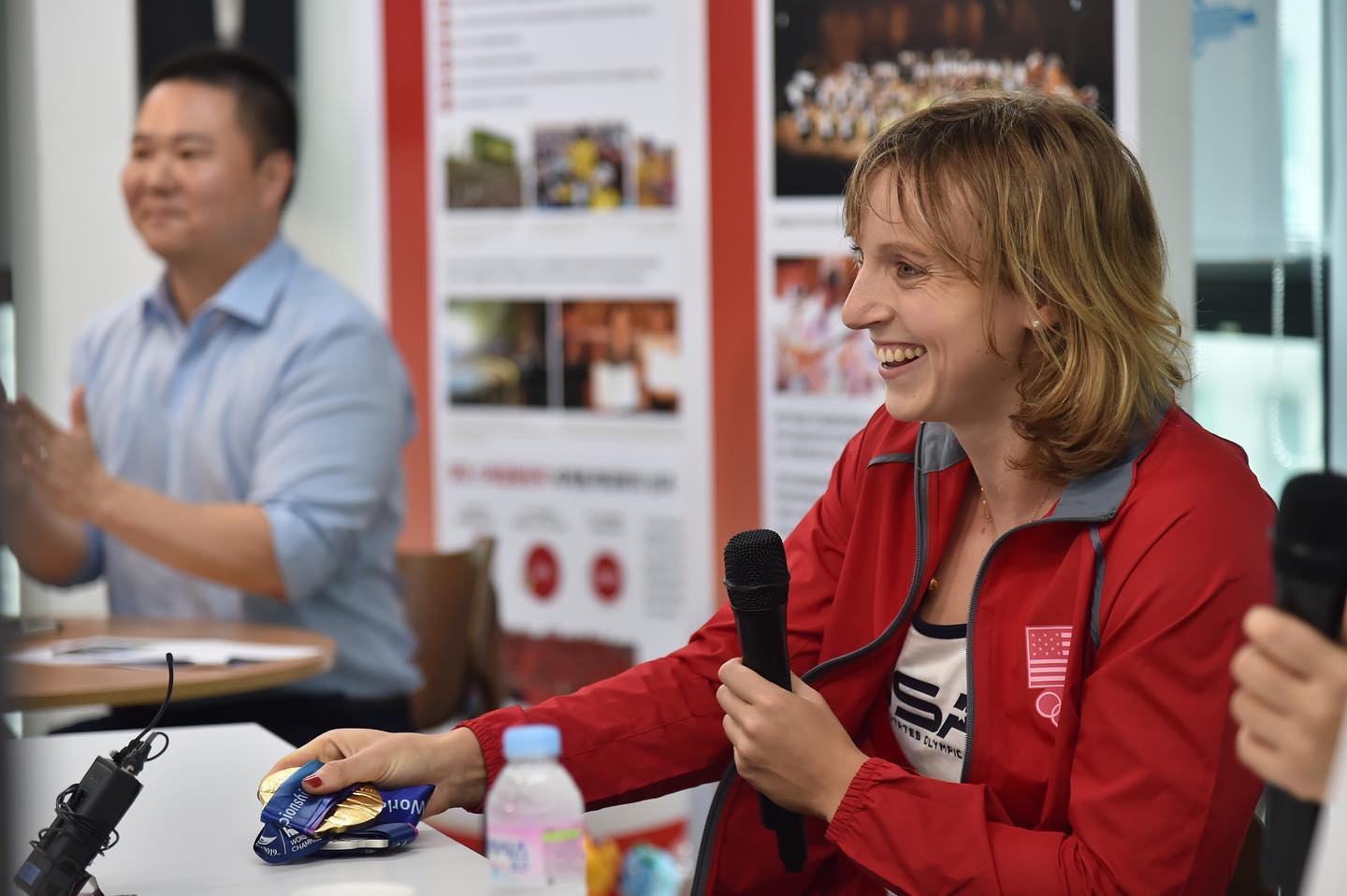 Yet, it was her performance at the 2016 Summer Olympics in Rio de Janeiro that proved to be the most historic. She won four gold medals and one silver, emerging as the most decorated female swimmer and just second behind Michael Phelps, who finished with five golds and one silver. Her wins in the 200-, 400-, and 800-meter races broke former records set by swimmer Debbie Meyer at the 1968 Olympics in Mexico City—a feat previously unseen in almost 50 years!

From there, she swam on Stanford University's Cardinal team after receiving an athletic scholarship. After an impressive showing at the 2016-2017 NCAA Season, Ledecky was awarded the Honda Cup, becoming the first college freshman in over 30 years to receive the honor.

In 2018, she announced her decision to become a professional swimmer and made the move official by signing a sponsorship deal with TYR Sport Inc. Her most recent performance was the 2019 World Championships held in South Korea, where she garnered a gold medal and two silvers.

Over the years, Ledecky's achievements have been recognized with the highest honors, including 11 Golden Goggle Awards and Swimming World's American Swimmer of the Year title six years in a row (2013-2018). In a poll on SwimSwam.com, half of readers voted Ledecky as swimmer of the decade, even besting fellow swimmer (and Marylander) Michael Phelps. Fun fact: she was even chosen as a sponsor of the U.S.S. Enterprise aircraft carrier along with gymnast Simone Biles!

Any swimming fans here who follow Katie Ledecky? Let us know in the comments!