The singer was accepted into the Peabody Conservatory of Music at just 5 years old.

Exploring politics, religion, and the power of femininity, Tori Amos emerged from the 1990s as one of the decade's brightest songwriters. Though the singer has gained international acclaim with songs like "Cornflake Girl" and "A Sorta Fairytale," she got her start in the Baltimore-D.C. area. Read on to find out more about this idiosyncratic musician!

Tori Amos was born in Newton, North Carolina, on August 22, 1963. She grew up in a religious household—her father was a Methodist pastor who ran ministries in Baltimore and Silver Spring, Maryland, as well as D.C. Her name at birth was Myra Ellen, but after a friend compared her to a Torrey pine tree, she went by the name "Tori."

From a young age, Amos showed a remarkable talent for music; by the time she was 3 she was composing original music on the piano. The budding musician was granted a scholarship from the Peabody Conservatory of Music in North Baltimore when she was just 5 years old. She attended the school until she was 11 when her scholarship was revoked for straying outside the program's strict musical curriculum. To this day, she remains the youngest person accepted into the academy. 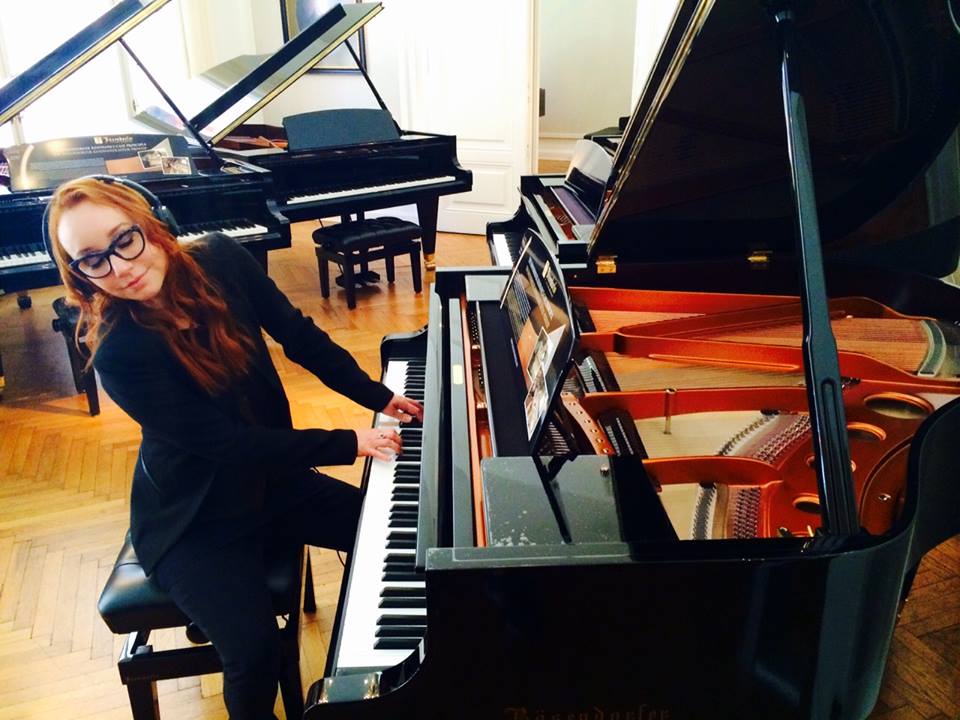 Jamming out in Vienna, courtesy of the singer's Facebook page

In the '80s, Amos caught the attention of Atlantic Records. She moved to California to kick-start her music career, assembling a band called Y Kant Tori Read. Despite breaking up after a single album, Amos fulfilled the label's six-record contract with solo work. She released her debut album Little Earthquakes in 1992. Songs like "Winter" and "Silent All These Years" showcased the singer's sophisticated musicality and vulnerable lyrics, amassing critical acclaim. She gained momentum with 1994's Under the Pink, followed by 1996's experimental opus Boys for Pele.

Her music, with its range of themes and musical experimentation, is always changing with each album. She utilizes a mix of instruments, from the piano and harpsichord to synths and electronic elements. Many of her albums are also conceptual: 2002's Scarlet's Walk utilizes the singer's alter-ego Scarlet while The Bee Keeper explores the intersection of ancient bee-keeping practices and female power. She's also explored darker subject matter like rape, as seen in the song "Me and a Gun" which recounts her traumatic sexual assault. She was the first spokesperson for RAINN (Rape, Abuse, & Incest National Network) founded in 1994, even answering the hot line's first call.

Throughout her career, she's released 15 albums, has been nominated for eight Grammy Awards, and has had seven albums debut in the Billboard 200's Top Ten Charts, which is a rare feat for any artist. Currently, she splits her time between the United States, Ireland, and Cornwall, UK, where she has her own recording studio. She's been married to her spouse Mark Hawley since 1998 and has one daughter, Natashya Hawley. Amos's latest album was 2017's Native Invader, though knowing how prolific she is it probably won't be her last (fingers crossed!)

Is anyone here fans of Tori Amos? Let's hear your favorite song or album in the comments!