To say Amy Sherald has broken barriers in the art world would be an understatement. The Baltimore-based painter creates large-scale portraits of Black Americans in everyday situations, complete with her signature use of grisaille, or grayscale. You probably know her as the artist behind Michelle Obama's official portrait at the National Gallery in Washington, D.C. Sherald is a Georgia native, but did you know that she lives and works in the city of Baltimore?

Born in Columbus, Georgia, on August 30, 1973, Sherald was raised by parents Geraldine and Amos Sherald III. She wanted to be an artist from a young age, citing her interest to a museum trip at 8 years old. At Clark Atlanta University in 1997, she got a Bachelor's degree in painting and pursued an M.F.A. at Maryland Institute College of Art (MICA).

Her artistic training has included an apprenticeship with Spelman College professor Arturo Lindsay, an artist-in-residence program in Panama, and a residency in Beijing. She's also taught art at the Baltimore City Detention Center. Often referred to as "simplified realism," her work depicts Black Americans in various poses with a muted color scheme. She bases her pieces off of photographs and utilizes grisaille for the subject's skin as a way of engaging with race that transcends typical stereotypes and representation. 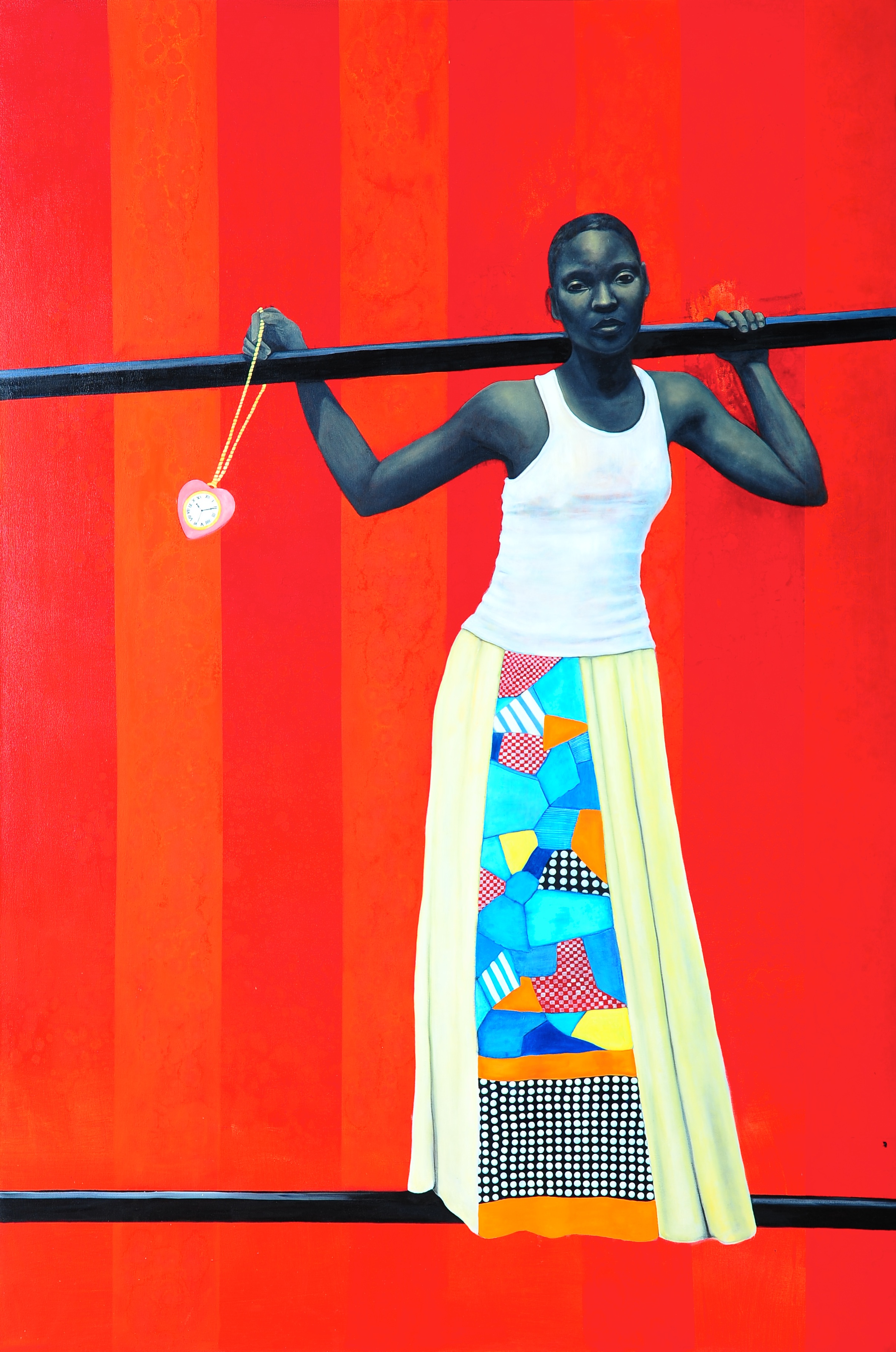 In 2016, she gained notoriety when she won the National Gallery's Outwin Boochever Portrait Competition for her portrait Miss Everything (Unsupressed Deliverance), becoming the first Black woman to do so. In response, she was commissioned to paint Michelle Obama's official portrait.

The painting was unveiled in February 2018 at a special ceremony with the former President and First Lady in attendance. Along with artist Kehinde Wiley, she became the first African-American to paint a presidential portrait. Despite the initial mixed criticisms, the paintings have achieved icon status and drawn massive crowds—as of 2020, around 4 million people have visited the National Gallery to see them in person.

Sherald's art can be found in museums in D.C., New York, and North Carolina, as well as abroad in Senegal, where her piece Equilibrium is displayed at Dakar's U.S. Embassy (a recreation exists outside Baltimore's Parkway Theatre). Her most recent work was a portrait of Breonna Taylor for the cover of a special issue of Vanity Fair.

Are you a fan of Amy Sherald's work? What's your favorite portrait by her? Let us know in the comments!