Our Marylanders Then: Babe Ruth

Our Marylanders Then: Babe Ruth

The American sports legend was a Baltimore native.

Our Marylanders Then is a column dedicated to exploring the various historical figures from Maryland who've impacted the state, the nation, and the world at large.

For this first installment of Our Marylanders Then, let's look at a person who made an indelible mark on the 20th century as the premier athlete of his era. Some of his nicknames include "The Bambino" and "The Sultan of Swat," but the most famous name of all is a simple two syllables: Babe Ruth.

Babe Ruth was born George Herman Ruth Jr. on February 6, 1895, to German parents in Baltimore, Maryland. He hailed from the Pigtown district, a neighborhood named for the butcher shops lining the streets and in close proximity to iconic fixtures like Ravens Stadium (now M&T Bank Stadium) and Camden Yards.

When he was seven years old, Ruth was placed in St. Mary's Industrial School for Boys, a reform school and orphanage. The reasons for this move are unclear, though it is believed something violent occurred during the time his father operated a local saloon, causing the authorities to transport Ruth Jr. to the school. 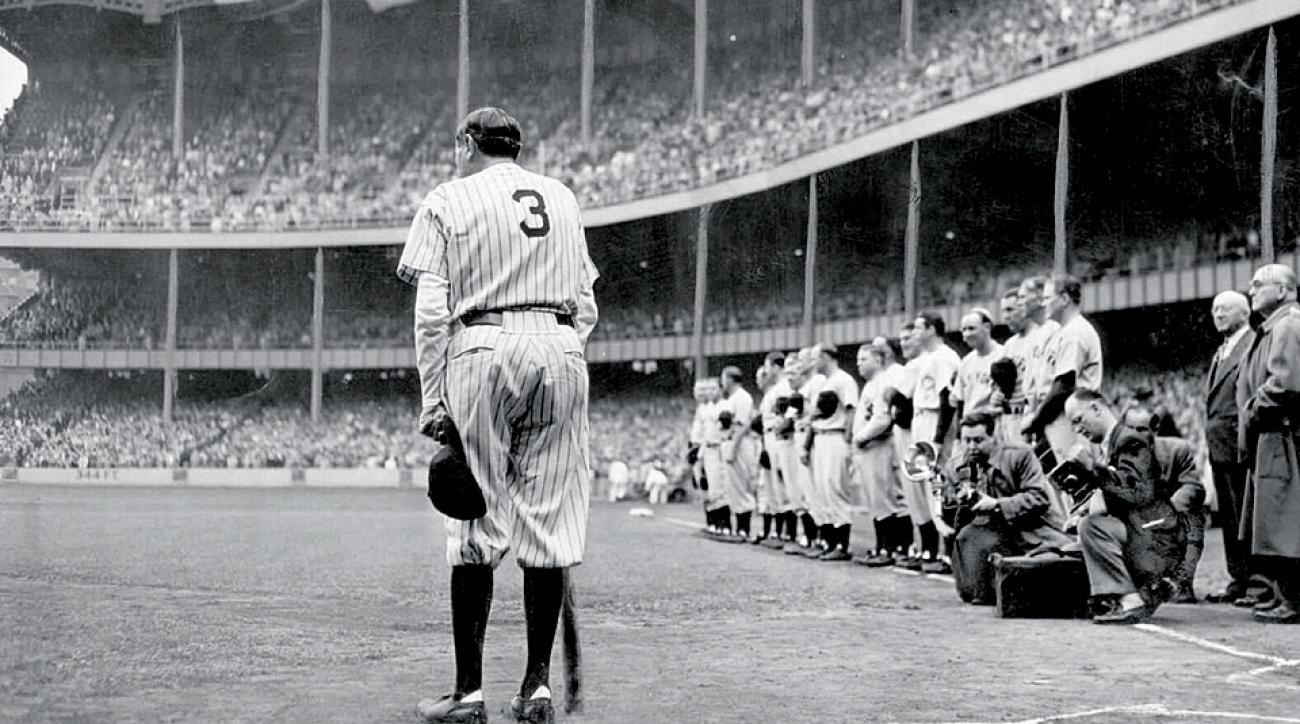 During his time there, Ruth developed a mentorship with the Prefect Brother Matthias Boutlier, who noticed his talent for baseball early on. The school was a formative experience that impacted him for life. Ruth would go on to donate money to the school during his career (in 1926 he bought Brother Matthias a Cadillac), as well as visit orphanages without publicity present.

His first professional stint was for the Baltimore Orioles in 1914, but he was sold to the Boston Red Sox shortly after. His legacy was insured when he famously went on to the New York Yankees as an outfielder, cementing the MLB batting and pitching records we've come to know today. These include home runs (714), runs batted in (2,213) and slugging percentage (.690), and as of 2018, some of his records have yet to be beaten.

Ruth would play for the New York Yankees from 1920 to 1934 and officially retired in 1935. Unlike other retired peers, he didn't go on to manage baseball teams, due to rowdy behavior he exhibited as a player.

As a star, Ruth encountered intensive media coverage during his career. He was married several times, first to Helen Woodford, with the two notably tying the knot in 1914 at St. Paul's Catholic Church in Ellicott City, Maryland. His history of womanizing was well-documented, as well as his high-salt diet and heavy drinking. In 1948, he died at the age of 53 from a malignant tumor.

Ruth's popularity established baseball as a point of national pride, and his upbringing embodied the ultimate "rags to riches" ideal prevalent in American culture at the time. He set the standards many star athletes still aspire to. Even in death, he is still breaking records—his 1920 Yankees jersey sold for a jaw-dropping $4.4 million at auction in 2012.

Babe Ruth, an American icon, hailed from Baltimore, Maryland. Who are some other Marylanders we should cover? Share your thoughts below!