Our Marylanders Then: Mama Cass Elliot

Our Marylanders Then: Mama Cass Elliot

The singer from The Mamas & The Papas is this week's featured Marylander.

If you grew up during the 1960s, you would know The Mamas & The Papas. Their carefree harmonies on "California Dreamin" could be found playing on every turntable throughout the decade. Part of their success was due to the charismatic vocals of Cass Elliot, otherwise known as Mama Cass. Despite her association with the sunny California sound, Cass Elliot's roots can be found right here in the Mid-Atlantic!

Cass Elliot was born in Baltimore, Maryland, on September 19, 1941. She lived in Alexandria, Virginia, for most of her early childhood before moving back to Baltimore and attending Forest Park High School. She became interested in acting, snagging a part in the play "The Boy Friend" that was performed at Hilltop Theatre, now Baltimore's famous Parkway Theatre.

Her first musical collaborations were with the D.C. folk trio The Big 3, followed by a stint with The Mugwumps. In 1965, Elliot joined the folk band The New Journeymen. Comprised of couple John and Michelle Phillips and Denny Doherty, the quartet would change their name to The Mamas & The Papas to account for the even split of male and female singers (it's also inspired by a quote from the Hells Angels). Their hits included the ubiquitous "California Dreamin," "Creeque Alley," and the chart-topping single "Monday, Monday." The band recorded five records together, producing 17 singles total. They split in 1971 after fulfilling their record contract. 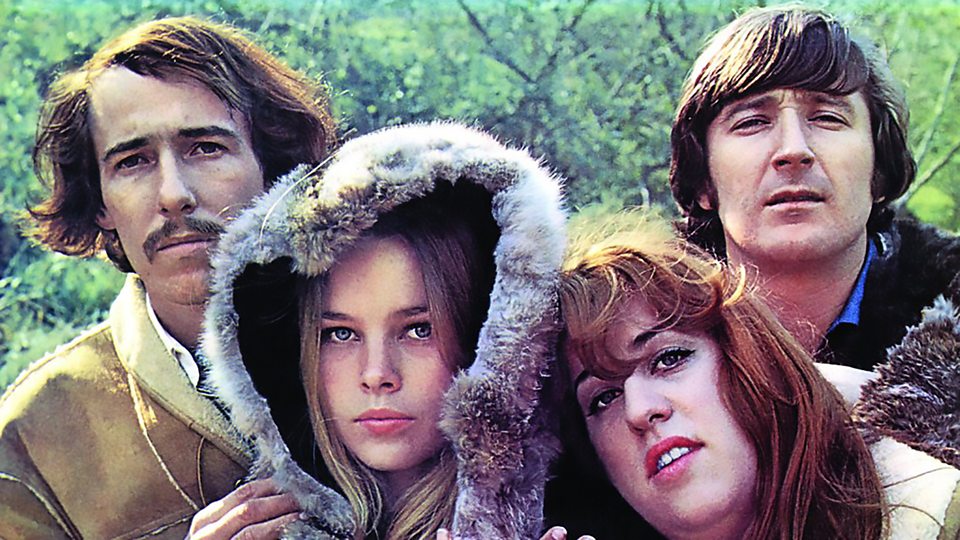 The Mamas & The Papas, courtesy of BBC

After The Mamas & The Papas, Elliot began a successful solo career. It spanned five solo records and produced singles like "Dream a Little Dream of Me" and "Make Your Own Kind of Music." This period of her life would also be riddled with personal turmoil. A disastrous first show at Las Vegas's Caesar's Palace would prompt harsh words from critics and rumors of possible drug use. She was a fixture on popular TV shows like The Carol Burnett Show and even had two variety shows of her own: 1969's The Mama Cass Show and 1973's Don't Call Me Mama Anymore. In August of the same year, the city of Baltimore celebrated the singer with a homecoming celebration "Cass Elliot Day," where she was given the keys to the city as well as an honorary high school diploma by then-Mayor William Donald Schaefer. She also had a daughter, Owen Vanessa Elliot, born in 1967.

On July 28, 1974, Elliot had wrapped up a two-week stint at the London Palladium and attended a party at Mick Jagger's house before going back to her flat. She died the next day in her sleep at the age of 32. The autopsy report showed she died of heart failure, but a bizarre rumor spread in which the singer died from choking on a sandwich. Despite the rumor's lacking evidence, the story stuck around in the years following her death. Her grave is located in Los Angeles' Mount Sinai Memorial Park Cemetery.

Despite Cass Elliot's untimely death, the singer has since been remembered for her singular talent. She was inducted posthumously in The Rock & Roll Hall of Fame with The Mamas & The Papas in 1998, with the group having sold 40 million records worldwide.

Did you know Cass Elliot was from Maryland? Who are some other Marylanders you'd like to see written about? Give us your picks in the comments!