Our Marylanders Then: Guitarist John Fahey

Our Marylanders Then: Guitarist John Fahey

He grew up outside D.C. in Takoma Park, Maryland.

John Fahey's music is beyond classification. Dabbling across American genres like folk, blues, and classical, and using alternate tunings, Fahey's unique musical perspective came to be known as "American Primitive." Did you know he grew up in Maryland? Read on to find out more about this interesting artist!

John Fahey was born in Washington, D.C., on February 28, 1939, and lived in Takoma Park, Maryland. Both his parents played music and exposed him to live performance at a young age. He became spell-bound by the blues after hearing Jimmie Rodgers' "Blue Yodel No. 7" covered by Bill Monroe and "Praise God I'm Satisfied" by Blind Willie Johnson. At 17, he purchased a guitar from a Sears catalog. He graduated from American University with a degree in philosophy and obtained a Master's in Folklore at the University of California, Berkeley.

In the late '50s, Fahey created the record label Takoma Records that he released his own music on. He recorded his first record at a church in Adelphi, Maryland. Records like Blind Joe Death, Death Chants, Breakdowns, & Military Waltzes, and The Dance of Death & Other Plantation Favorites showcased his signature fingerpicking style and unusual guitar tunings. His records also featured detailed liner notes much like the old blues albums he revered. 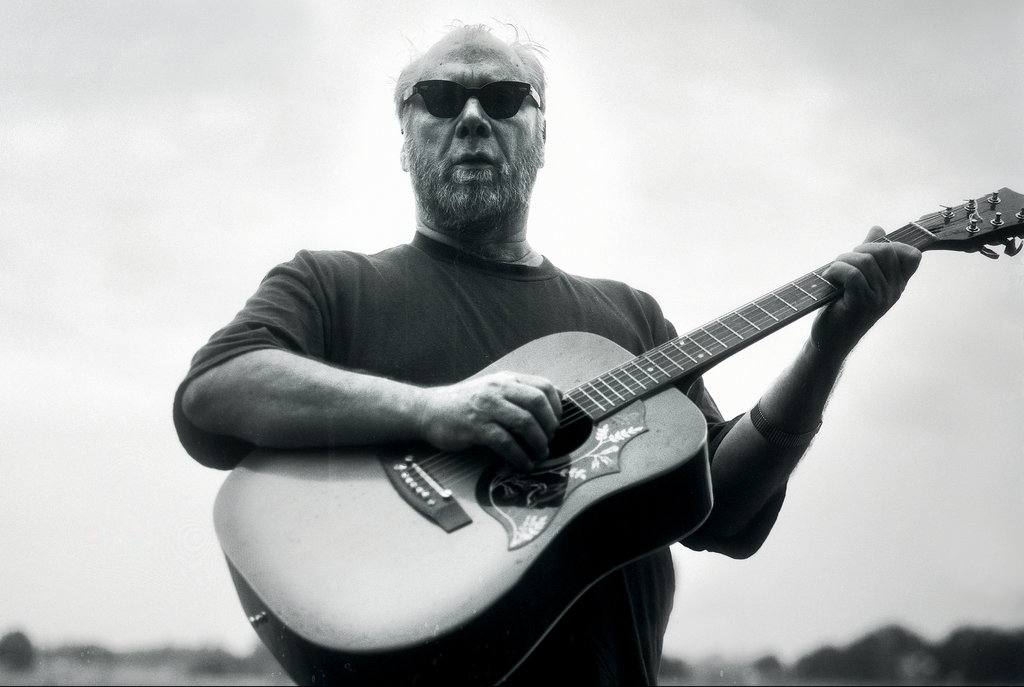 Still from "In Search of Blind Joe Death: The Saga of John Fahey" courtesy of First Run Features

His bluesman nickname was "Blind Joe Death," and he even fooled some music scholars into believing a blues artist by that name really existed. Throughout the decade, he continued recording music and lent his talents to other acts, including the Texas group Red Crayola. His label expanded their roster of experimental musicians like Leo Kottke and Peter Lang.

His later years were marked by personal hardship. He experienced several divorces and suffered from diabetes, alcoholism, and the Epstein-Barr Virus, from which he ultimately recovered. Residing in Salem, Oregon, he resorted to selling his guitars and vintage records to make money. His career encountered a minor surge, with artists like Beck and Sonic Youth praising the musician's unconventional methodology. In addition to music, he also explored his creative impulses through painting. Fahey died in 2001 following complications from a sextuple heart bypass.

Today, Fahey's artistry has been recognized in documentaries, exhibitions, and tribute albums from his admirers. His spiritual connection to the early blues resonates across the musical landscape he helped inspire. The music critic Byron Coley has regarded him as a "giant of 20th century American music." He released 36 studio albums throughout his career.

Did you know John Fahey was from Maryland? Do you have any favorite songs or albums by him? Tell us in the comments!