Our Marylanders Then: Jim Henson

Our Marylanders Then: Jim Henson

The Muppets are a pop-culture phenomenon. They've appeared on TV, in movies, and at The White House. Name a better iconic duo than Miss Piggy and Kermit the Frog (we'll wait). With his boundless creativity, Jim Henson created an empire of children's entertainment that could be enjoyed by all ages. He also got his start in puppetry right here in the DMV! Read on about this visionary talent from the D.C. area.

Jim Henson was born in Greenville, Mississippi, on September 24, 1936. For most of his childhood, he lived in Leland until his family moved to University Park, Maryland. His grandmother, a painter and quilter, was an early role model for Henson and inspired him to continue his creative pursuits.

While at Northwestern High School in Hyattsville, Henson created his own puppet show on WTOP-TV. As a student at the University of Maryland, he created the show Sam and Friends, which aired on WRC-TV in Washington, D.C. Only five minutes in length, the show featured an early prototype of Kermit the Frog. He worked alongside college student and his future spouse Jane Nebel. He graduated with a degree in home economics in 1960. 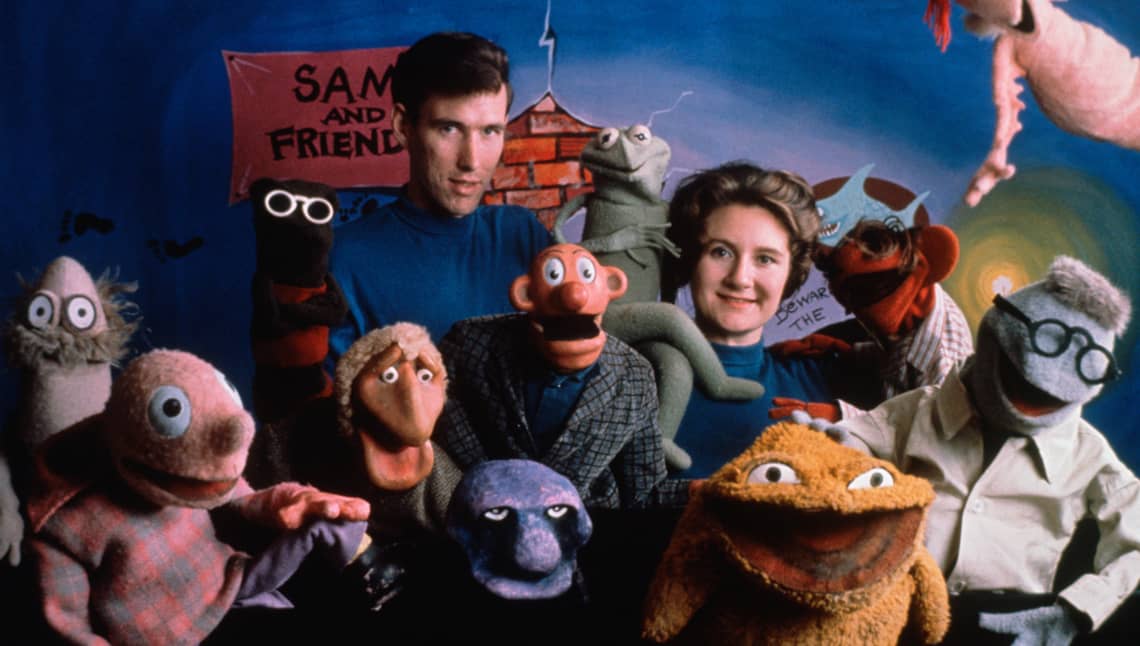 Jim and Jane Henson with Sam and Friends in 1960, courtesy of henson.com

With the success of Sam and Friends, Henson began making television appearances with his newfound creations, and in 1963 he and his wife Jane moved to New York City. In 1966, he got his big break when Joan Ganz Cooney at Children's Television Workshop offered him a job on the fledgling program Sesame Street. Along with his staff, he created some of the show's most beloved characters, including Bert and Ernie, Oscar the Grouch, and Cookie Monster.

While he gained notoriety in children's entertainment, Henson wanted to appeal to older audiences as well. He received an offer from British producer Lew Grade to make The Muppet Show in England. A variety show hosted by Kermit the Frog, it ran from 1976 to 1981 and introduced the world to Miss Piggy, Fozzie Bear, and Animal. Soon they were a huge sensation with their own film franchise. The Muppets Movie came out in 1979 to positive acclaim, securing an Oscar nomination for the song "Rainbow Connection." They also found success in The Great Muppet Caper and The Muppets Take Manhattan. 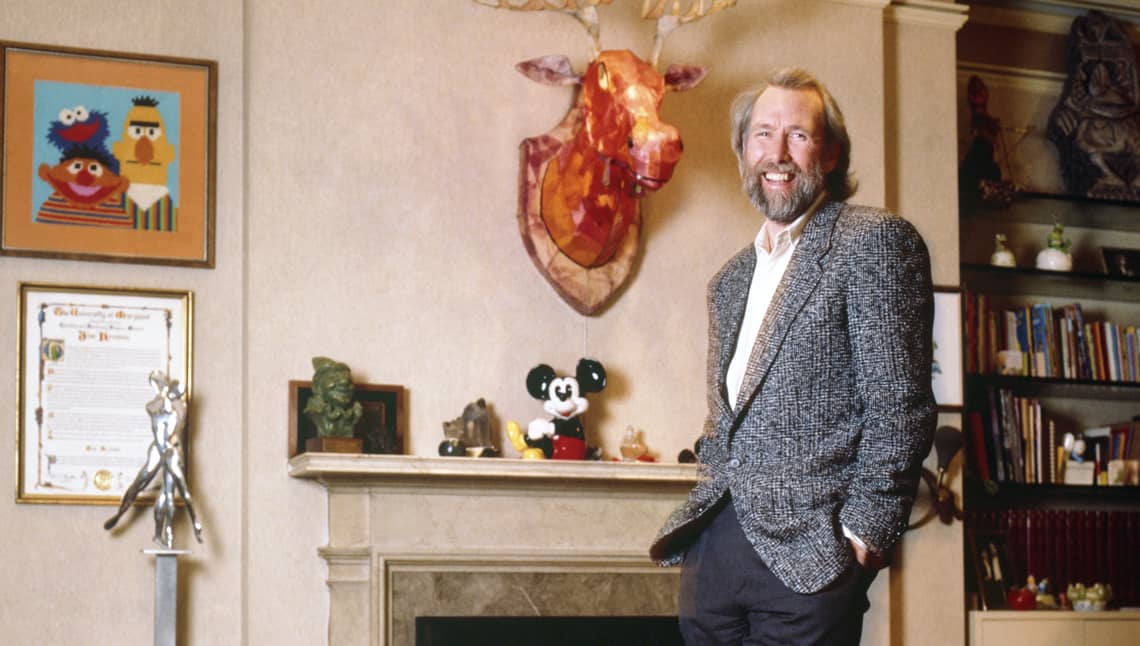 Henson at his New York office, courtesy of Henson.com

On May 15, 1990, Henson fell ill and was hospitalized at Manhattan's New York Hospital. He died the next day at the age of 53 from streptococcal toxic shock syndrome.

Henson's achievements have been honored all over the country. The University of Maryland has a statue of Henson and Kermit the Frog outside the college's student union and a memorial planter resides at Magruder Park in Hyattsville.

In 2013, Henson's family donated over 20 puppets to The National Museum of American History in D.C. Recently, The Muppets Movie celebrated its 40th anniversary with limited-run screenings around the country, which speaks to the timelessness of Henson's vibrant creativity.

Is anyone here a fan of The Muppets? What's your favorite TV/movie moment? Let's hear them in the comments!