Our Marylanders Then: Johns Hopkins

Our Marylanders Then: Johns Hopkins

The esteemed entrepreneur and philanthropist is this week's featured Marylander.

You've probably heard of Johns Hopkins University, considered America's first research university and one of the most prestigious in the nation. Did you know that the university's namesake, Johns Hopkins, was born in Maryland? Hopkins was a successful businessman who used his wealth to aid his community and, later, the nation, with one of the largest philanthropic donations in American history.

Johns Hopkins was born on May 19, 1795, in Anne Arundel County, Maryland. His parents, Samuel Hopkins and Hannah Janney, were Quakers and raised him in a Quaker household. The family lived on a tobacco plantation called Whitehall that spanned 500 acres and relied on slave labor to operate. However, as abolitionism grew in favor in the Quaker community, a decree by the Society of Friends led to freeing their slaves in 1807. As a result, Johns was only able to acquire a few years of education before beginning to work on the plantation at 12 years old. His Quaker upbringing instilled kindness and showing compassion towards others, especially to society's vulnerable. 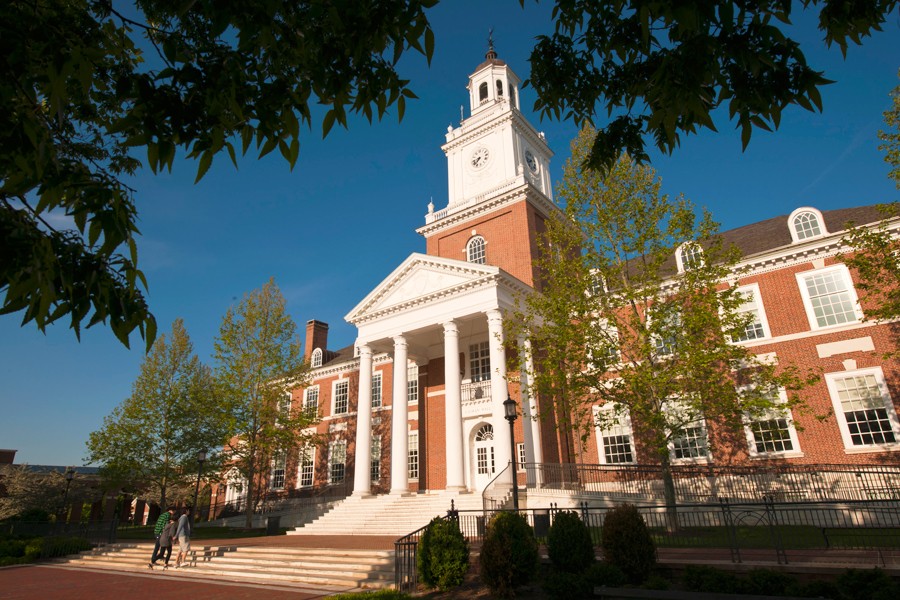 When he was 17, he went to live with his uncle and help him run his grocery business in Baltimore. These experiences would prove valuable in the long run, as his knack for business was undeniable. He and his uncle would have a falling out in 1819 over a disagreement of allowing customers to pay in liquor instead of money. In 1819, Johns, along with three of his brothers, established Hopkins Brothers Wholesalers, selling products in Maryland, Virginia, Ohio, North Carolina, and in Conestoga wagons along the Shenandoah Valley. He also invested in the B&O Railroad, becoming the venture's biggest private stockholder. After years spent in various leadership positions, including as the railroad's director, he would retire in 1847 at the age of 52. He would go on to spend the rest of his life in Baltimore, using his accumulated wealth to help the community at large.

His legacy was funding the Johns Hopkins University, which would become the first research university in the United States. In 1870 he crafted a will containing a $7 million donation to go towards funding a university and a hospital in his name. It was the biggest philanthropic donation in American history at the time (in today's U.S. dollars it would be equivalent to $144.5 million). He also founded an orphanage for black children, which would be called the Johns Hopkins Colored Children Orphan Asylum, which opened in 1875. Johns Hopkins University was established in 1876, and Johns Hopkins Hospital was established in 1889.

Johns Hopkins died on December 24, 1876, at the age of 78. He was buried in Baltimore's Green Mount Cemetery.

Who are some other people from Maryland you would like to read about? Give us your thoughts in the comments!