The Maryland-born painter founded the first museum in the United States.

Any art history majors are probably familiar with Charles Willson Peale. As a "renaissance man," Charles Willson Peale explored his curiosity of the world through the arts and sciences. He captured colonial America through his portraits of well-regarded figures like Thomas Jefferson, Benjamin Franklin, and of course, George Washington. He also founded the first museum in the history of the United States. Did you know he was native to Maryland? Find out more below!

Charles Willson Peale was born in Queen Anne's County, Maryland, on April 15, 1741. After a series of unsuccessful stints in saddle-making and fixing clocks, Peale focused his attention on painting. After obtaining financial aid from friends, he studied under the decorated painter Benjamin West in London. He worked from 1767 to 1769 before moving back to Annapolis, Maryland. Taking an interest in politics, he relocated to Philadelphia during the American Revolution. His active role as a soldier led to becoming captain of the capital's militia. During this time he continued to paint, capturing members of the Continental Army between the chaos of wartime.

The subjects of his portraits are all figures associated with America's founding as a nation: John Hancock, Thomas Jefferson, and Alexander Hamilton were immortalized by Peale's hand. Yet the most famous in his portfolio is easily George Washington. In 1772 he captured the military general in Philadelphia and met for six additional sessions, painting around 60 portraits in total. 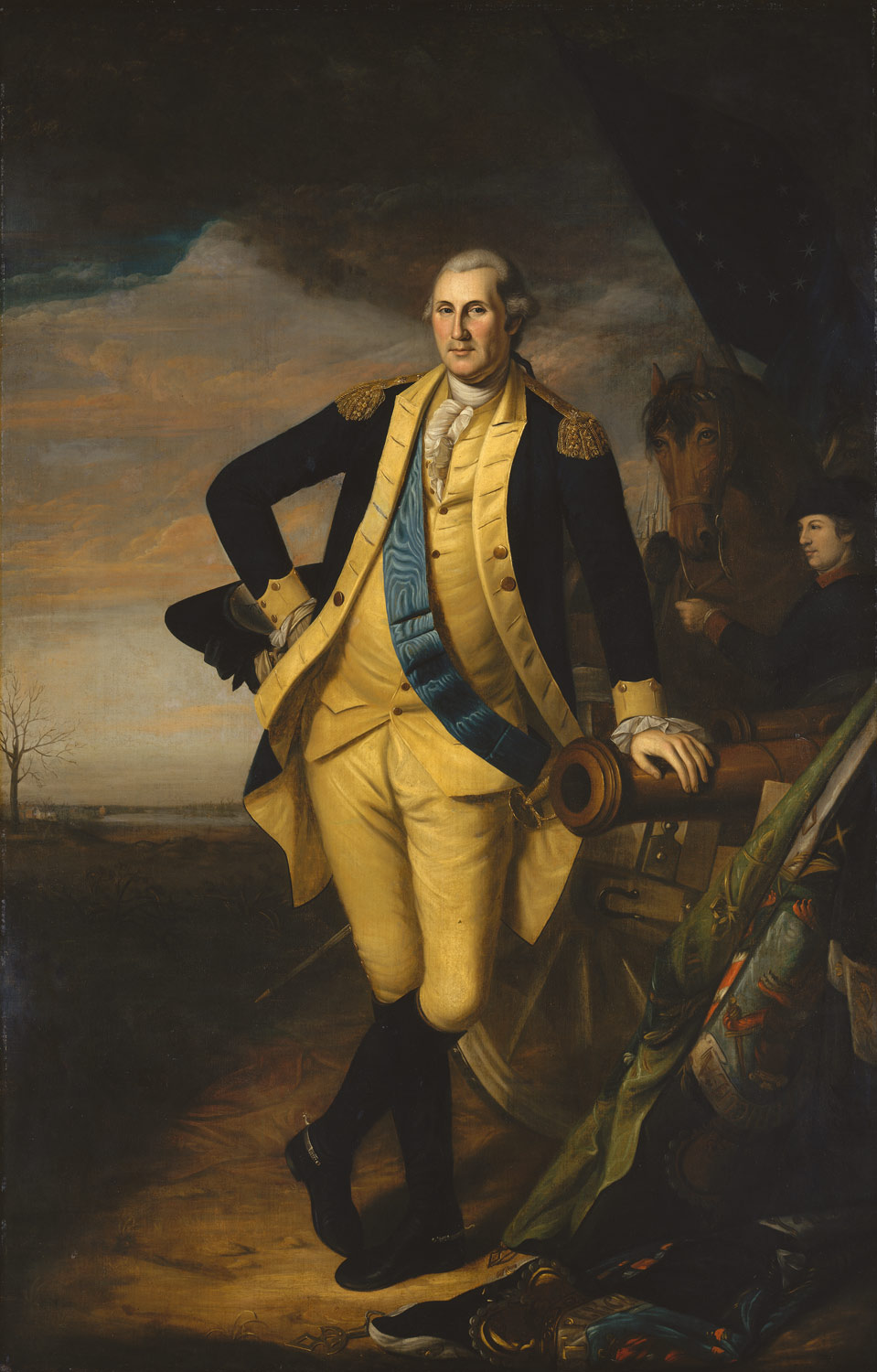 "George Washington After the Battle of Princeton," by Charles Willson Peale

In addition to art, Peale was also interested in the sciences. He founded a natural history museum which later became the Pennsylvania Academy of Fine Arts. Named the Philadelphia Museum at the time, it housed a selection of scientific specimens, including mastodon bones and taxidermy animals. His enthusiasm for knowledge can be seen in the wide range of trades he applied himself to. Carpentry, shoemaking, and dentistry were just a few of his areas of expertise.

Peale married four times in his life and produced over 10 children. Unsurprisingly, many were named after famous painters and scientists—his sons Rembrandt, Titian, and Raphaelle Peale, in particular, became well-regarded artists in their lifetimes.

Later, Peale took residence in Germantown, Pennsylvania, on his "Belfield" estate. He passed away on February 22, 1827, in Philadelphia, Pennsylvania.

Today, people can see Peale's pieces in galleries around the country. George Washington After the Battle of Princeton remains of the artist's best-known works. He made eight versions of the same painting, some of which are on view at the Metropolitan Museum of Art in New York and the United States Senate. The original is located at the Pennsylvania Academy of Fine Arts.

Did you know Charles Willson Peale was from Maryland? Who are some other native Marylanders you'd like to read about? Let us know in the comments!