Our Marylanders Then: Philanthropist George Peabody

Our Marylanders Then: Philanthropist George Peabody

The Massachusetts-born financier contributed vast swaths of his fortune to areas of his beloved city Baltimore upon retirement in 1864.

You're probably familiar with the name Peabody, whether it's The Peabody Institute in Baltimore or The Peabody Museum of Natural History at Yale. Often called "the father of modern philanthropy," George Peabody was an investment banker who later invested his money towards charitable causes around the U.S. and U.K. His partnership with Junius Spencer Morgan would become the banking conglomerate JPMorgan Chase. He may not have been born in Maryland, but his residence in Baltimore made up a significant part of his life, as it was there he began his career in finance. Find out more about his life below!

George Peabody was born in Danvers, Massachusetts, on February 18, 1795. He grew up in a large family who struggled to make ends meet. Due to his father's death, he was forced to work at his brother's business to help support his mother, and as a result, he never completed his schooling. His first stroke with business came from operating a dry goods shop called Riggs, Peabody & Co. with Elisha Riggs, who expanded the chain across the Eastern United States.

As a financier in Baltimore, he worked abroad by selling American bonds and moved to London for full-time work. Before Peabody, the United States lagged behind major cities like Paris and London when it came to financing. It was America who relied on international merchant banks for building national capital. But the financier's business savvy changed the landscape of credit in America. To do so, he collaborated with British bank Barings on a campaign to conjure debt repayment in states like Pennsylvania and Maryland, though their shady tactics included political bribery (statesman Daniel Webster was paid by both firms to promote it in speeches). Originally "George Peabody and Company," he later established the firm Peabody, Morgan & Co. with partner Junius Spencer Morgan, which he operated until retiring in 1864. 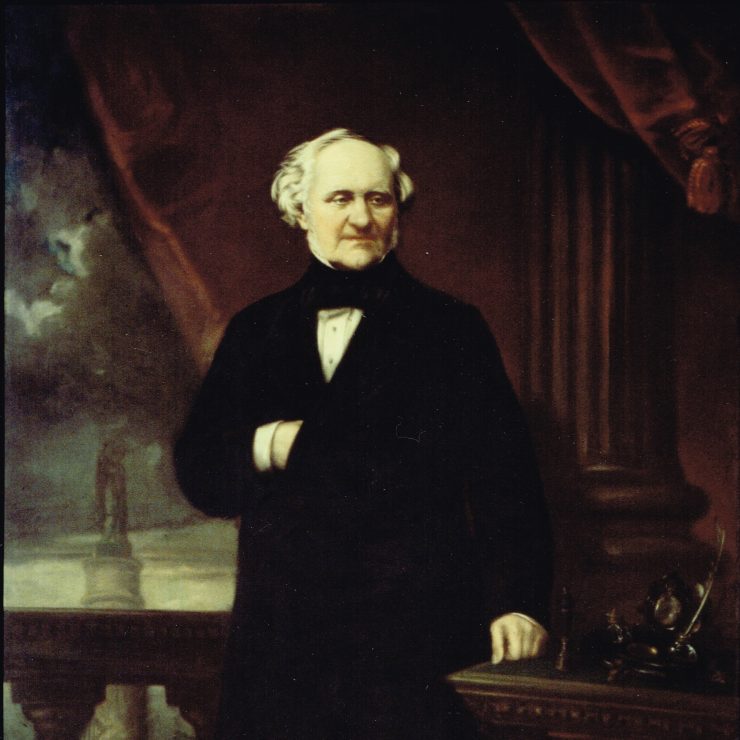 The wealthy financier lived in London for the majority of his life, and it's where he passed away on November 4, 1869, surrounded by friends. His grave is located in Salem, Massachusetts, at the Harmony Grove Cemetery. He was greatly admired by contemporary figures abroad like Queen Victoria, who sought to bestow a baronetcy upon him (he refused).

Today, the name Peabody can be found all over the country, from schools and museums to public libraries. The Peabody Institute at Johns Hopkins University in Baltimore's Mount Vernon-Belvedere neighborhood is one of the nation's top music conservatories, and his home town of Danvers was renamed Peabody in 1868 to celebrate its most renowned resident.

Were you familiar with George Peabody before? Did you learn anything new? Let's hear your thoughts in the comments.