Our Marylanders Then: Thurgood Marshall

Our Marylanders Then: Thurgood Marshall

He was the first African-American appointed to the U.S. Supreme Court.

This week's Marylander is a monumental figure in American politics -- one whose legacy is as unmatched as his presence in the courtroom. Thurgood Marshall was the 96th Supreme Court Justice and the first African-American to serve on the Supreme Court, where he ruled in favor of racial equality and individual liberty for under-represented groups.

Thurgood Marshall was born July 2, 1908, in Baltimore, Maryland. His parents taught him the value of the U.S. Constitution at a young age. Debating current events was a common occurrence in the Marshall household. On days off, his father would take him and his brother to hearings at the local courthouse and would engage them in arguments about the cases. By the time he graduated high school in 1925, he knew the entire contents of the Constitution. He attended Lincoln University in Oxford, Pennsylvania, a historic black college and went on to study law at Howard University. It was at Howard that he met the school's dean, Charles Hamilton Houston, who would shape Marshall's views on civil rights. 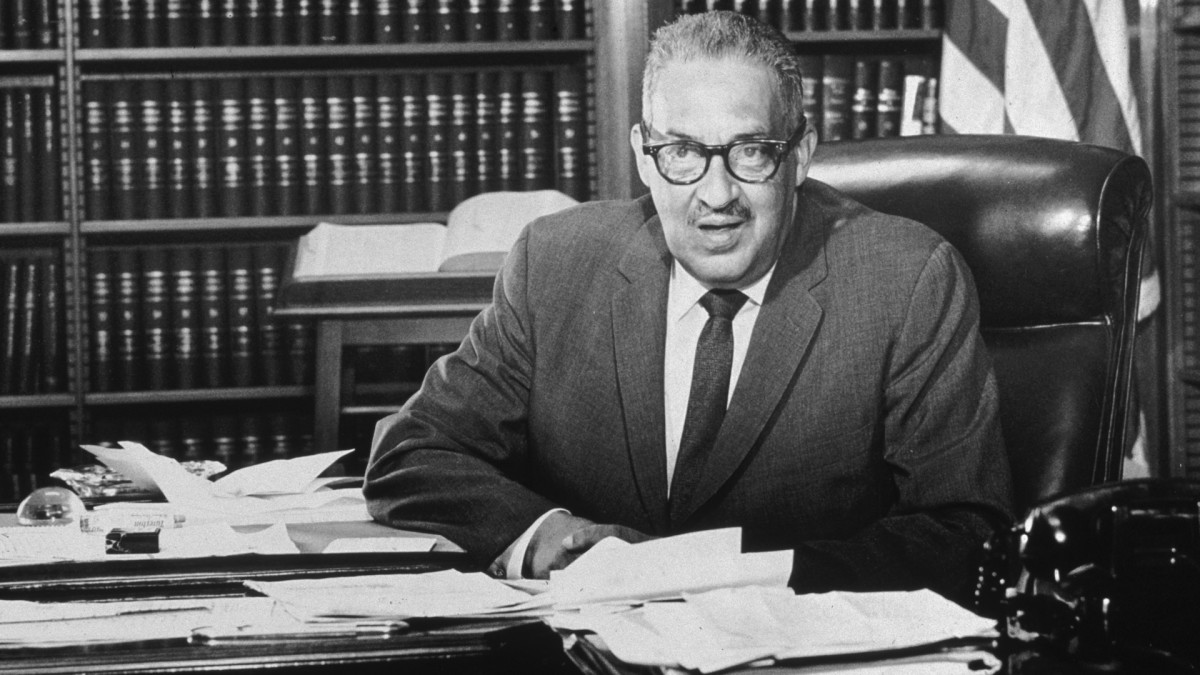 After marrying Vivian Burey in 1929, then graduating as valedictorian of his law school class in 1933, Marshall returned to Baltimore to set up his own law practice. This period would establish Marshall as a strong defender of civil rights, representing the NAACP in a variety of cases beginning with Murray v. Pearson in 1934. Marshall eventually founded the NAACP's Legal Defense and Educational Fund, where he acted as executive director. Before the Supreme Court, Marshall argued and won 29 out of 32 cases, most notably 1954's Brown v. Board of Education. The landmark case ruled that segregation in public schools was unconstitutional and a direct violation of the Equal Protection Clause under the 14th Amendment. The ruling was a success for integration and laid the groundwork for the Civil Rights Movement. 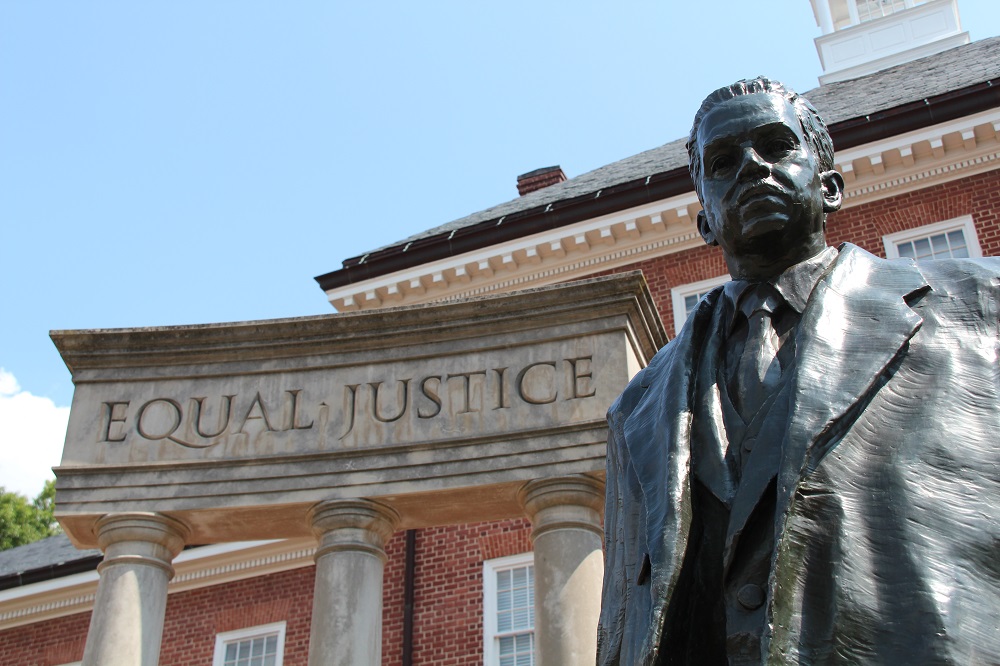 In 1961, Marshall was appointed to the U.S. Court of Appeals for the Second Circuit by President John F. Kennedy. President Lyndon B. Johnson appointed Marshall to the Supreme Court in 1967 with a confirmation of 69-11 in the Senate, becoming the first African-American to serve the Court. Marshall ruled on a variety of civil rights cases, as well as cases related to labor rights, individual liberty, and capital punishment. A few notable cases include Teamsters v. Terry, Personnel Administrator MA v. Feeney, and Furman v. Georgia. Marshall served on the court from 1967 until his retirement in 1991. He died on January 24, 1993, in Bethesda, Maryland, from heart failure. He was 84 years old. He was buried at Arlington National Cemetery in Arlington County, Virginia.

Today, tributes to Marshall can be found across the country and throughout his home state of Maryland. The University of Maryland's School of Law opened the Thurgood Marshall Law Library in 1980, and Baltimore-Washington International Airport was renamed to honor the late justice in 2005. The Maryland State House in Annapolis has an eight-foot-tall statue of Marshall located in proximity to where he argued the Brown case as a young lawyer at Maryland's former Supreme Court building.

Did you know Justice Thurgood Marshall was from Maryland? Who are some other Marylanders you'd like to see? Let us know in the comments below!

Ragtime composer Eubie Blake was from Maryland, too! Read all about him here!