Our Marylanders Then: Virginia Hall

Our Marylanders Then: Virginia Hall

The Gestapo considered her "the most dangerous of all Allied spies."

Virginia Hall was the most highly decorated civilian during World War II, yet many people haven't even heard of her. Much of her life story has been obscured over the years, in part due to the confidential nature of her job.

She said, "Many of my friends were killed for talking too much."

But in 2019, her story has gained prominence for the strength and bravery she displayed as a spy during World War II.

Virginia Hall was born April 6, 1906, in Baltimore, Maryland. Raised in a wealthy family, Hall attended Radcliffe and Barnard College, where she studied German, French, and Italian. She traveled abroad in Europe and eventually landed a job in Warsaw, Poland, at the American Embassy. When she was 27, a hunting accident resulted in losing her left leg above the knee. She was required to wear a prosthetic limb, which she jokingly named "Cuthbert." Her dream was joining the Foreign Service, but she was rejected multiple times, undoubtedly a blow to her ambitions in becoming a diplomat.

Then World War II began. First serving in the ambulance corps in France, Hall eventually joined Britain's Special Operations Executive (SOE), where she was trained in resistance activities and security. She traveled to France under the guise of a writer of the New York Post and assisted the French Underground's operations, securing safe houses for French resistance fighters. Though her identity and nationality were unknown to them, her enemies kept a close watch on her whereabouts at all times. She was nicknamed "the limping lady" by the Gestapo, Nazi Germany's secret police. 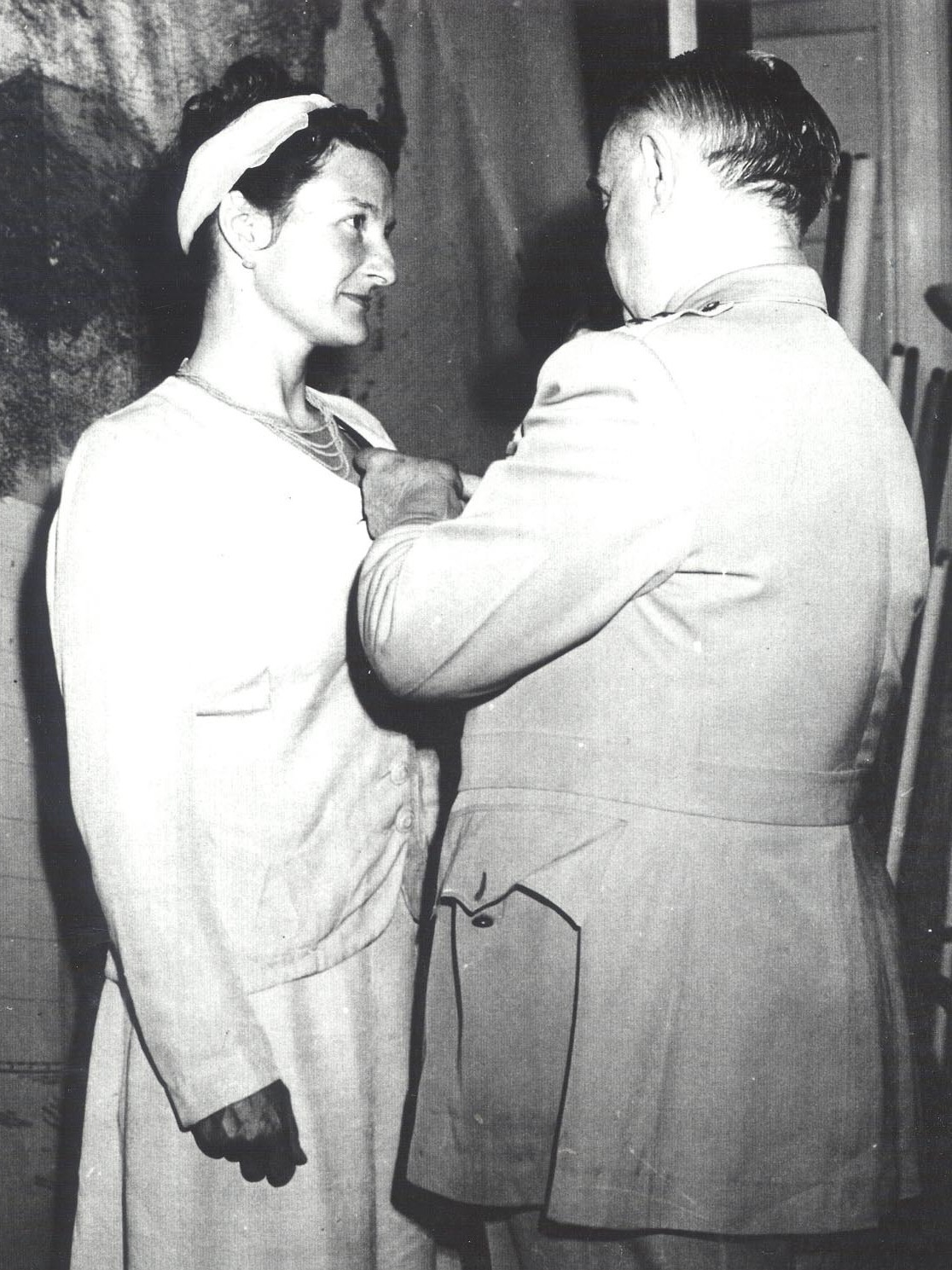 Hall was known for her ability to be cunning in dangerous situations. In 1942, German forces occupied France, forcing Hall to flee. She underwent a perilous trek along the French Pyrenees, traveling 50 miles to Spain within two days. She contacted SOE's headquarters to let them know that, while she was okay, she was having problems with Cuthbert. SOE's response was "If Cuthbert is giving you difficulty, have him eliminated."

In 1944, Hall also worked for the U.S. Office of Strategic Services (OSS) where she provided crucial services to the French Resistance, including setting up drop zones for crucial resources and training battalions to conquer German forces. This network was comprised of 1,500 people, including Paul Goillot, whom she would marry in 1950. She went on to work for the CIA from 1951-1966 and retired at 60 years old.

Hall died on July 8, 1982, at the age of 76. She was buried in Pikesville, Maryland, in Baltimore County's Druid Ridge Cemetery.

Hall was awarded an honorary MBE (Member of the Order of the British Empire) in 1943 and the Distinguished Service Cross in 1945, the highest honor given to a civilian during World War II. She refused a public ceremony by President Harry Truman, as she didn't want to blow her cover.

A renewed interest in her fascinating story has emerged as of late. This year alone three books have been published about her: A Woman of No Importance by Sonia Purnell, Hall of Mirrors by Craig Gralley, and the young adult novel The Lady Is a Spy by Don Mitchell. Two movies are currently being made about her life, including an adaptation of Purnell's book starring Daisy Ridley of Star Wars fame. Hall was also inducted into the Maryland Women's Hall of Fame in 2019!

Did you know Virginia Hall was from Maryland? Who are some other Marylanders you'd like to read about? Give us your suggestions in the comments!