Looking for some spooky stories to get you in the Halloween spirit?

The entire state of Maryland is knownfor history that dates back centuries—and with that history comes some spooky tales.

3 Notch Paranormal Investigations, a paranormal research team based out of Southern Maryland, has made it their mission to dive deep into some of those tales with their new YouTube channel, “Haunted Southern Maryland.” The investigators premiered their first episode titled, “A Witches Stone,” where they investigate the infamous Moll Dyer Rock in downtown Leonardtown, Maryland.

The three "3 Notch" investigators, Jeannie C., Tracy Leclerc, and Philip Dean, start off the first episode by walking through the streets of downtown Leonardtown in St. Mary’s County where they tell the tale of Moll Dyer.

“Legend has it that a seventeenth-century local woman named Moll Dyer was accused of witchcraft by the nearby villagers. The winter had been particularly bleak and famine was taking lives, so they had to blame someone or something,” the investigators wrote in a blog post on their website. 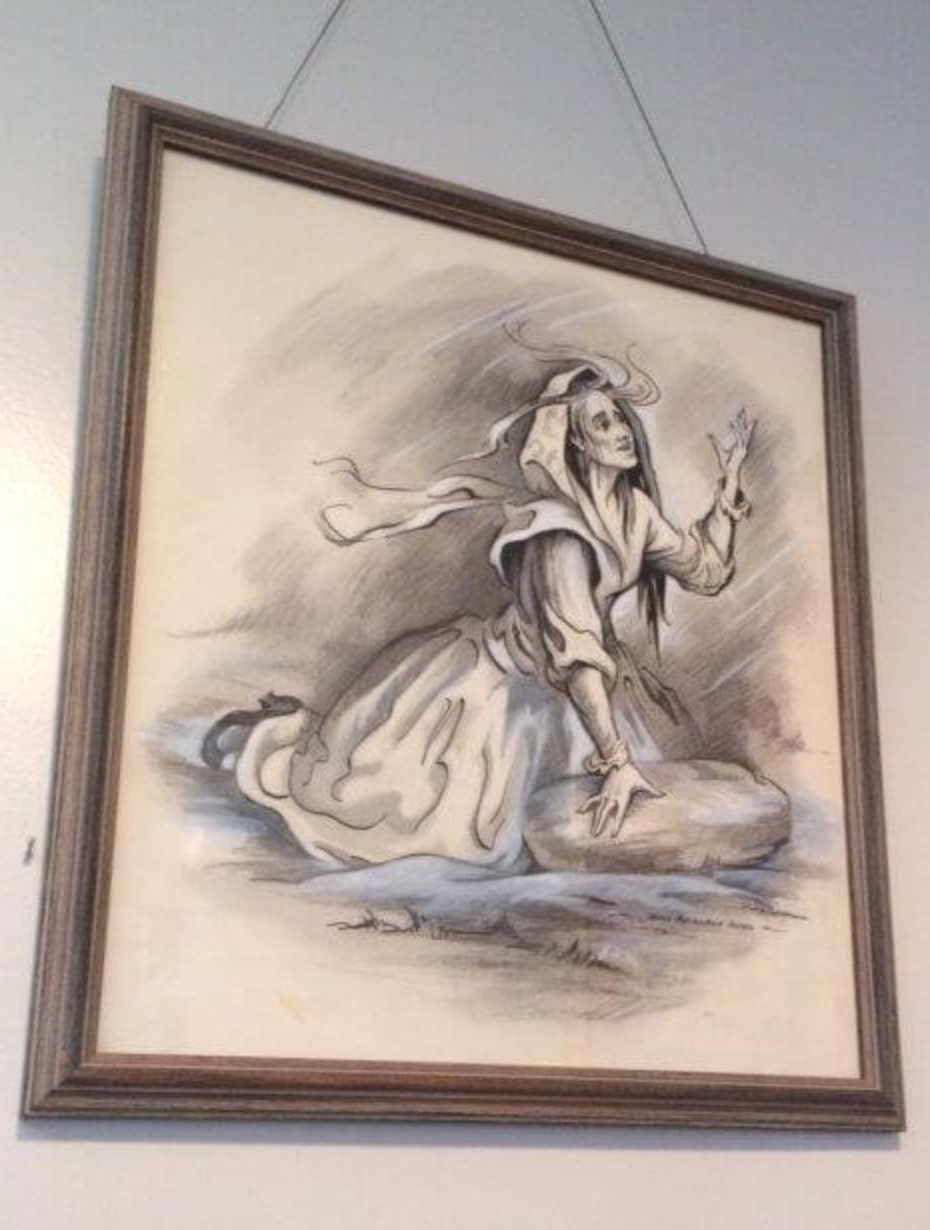 A portrait of Moll Dyer kneeling on the rock that she was said to be found frozen to. Photo courtesy of Notch 3 Paranormal Investigations.

The investigative trio went on to explain in the episode that people in Leonardtown believed Moll Dyer was a witch because she was known to be good with herbs and remedies—a classic sign of witchcraft in the 1600s.

Enraged with Dyer for causing such hardships to their town, a mob stormed her cabin in the woods and lit it on fire, leaving her no choice but to run out to the cold, winter night. Legend has it that the night Dyer ran from her burning home, she was found frozen to a rock—hence, Moll Dyer Rock. This rock is still present to this day in Leonardtown and is marked with a small sign and oftentimes flowers from residents or tourists.

The rock site is where the paranormal investigators spend most of their time investigating in the 25-minute episode. 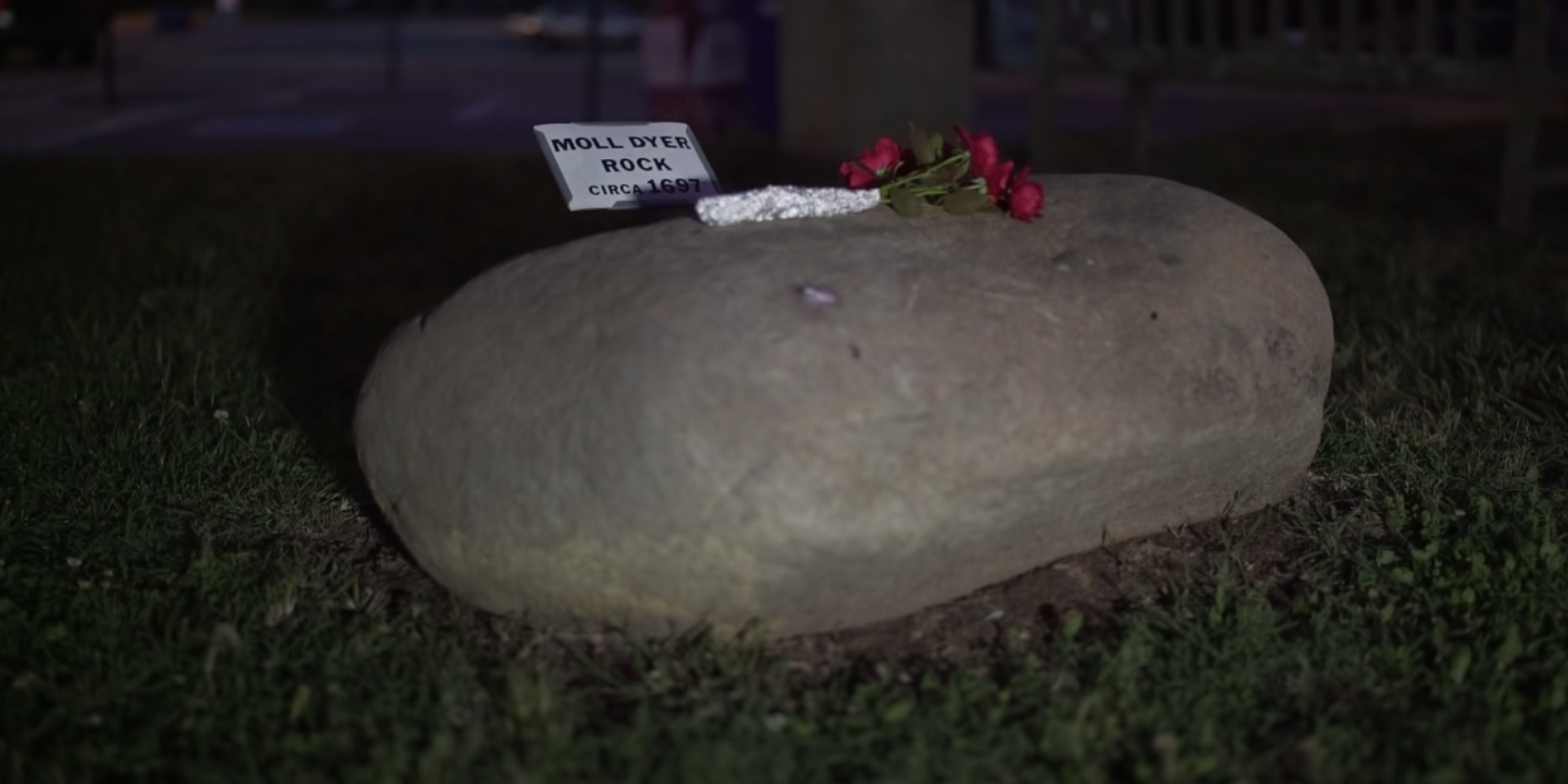 “We’re just going to hang out here tonight to see if her spirit or any other wandering spirits are around,” Leclerc said as the team began to assemble their paranormal equipment they used to communicate and track spirits throughout their night spent at Moll Dyer Rock. 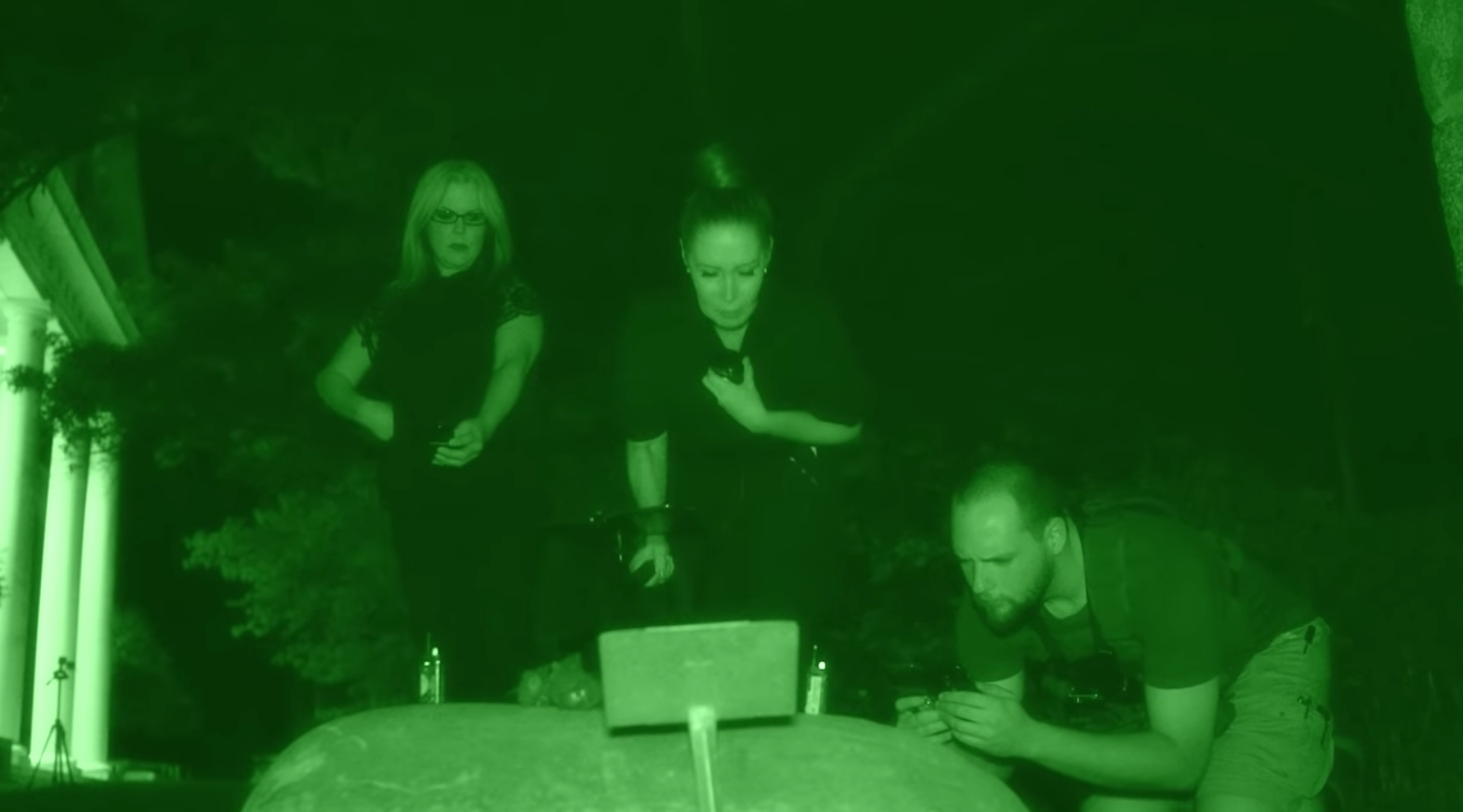 The investigators try to communicate with Moll Dyer by placing their equipment on the legendary rock. Screenshot courtesy of Haunted Southern Maryland.

The team also spent some time outside the Old Jail Museum in Leonardtown to try to communicate with spirits who perhaps were prisoners of the jail several hundred years ago. 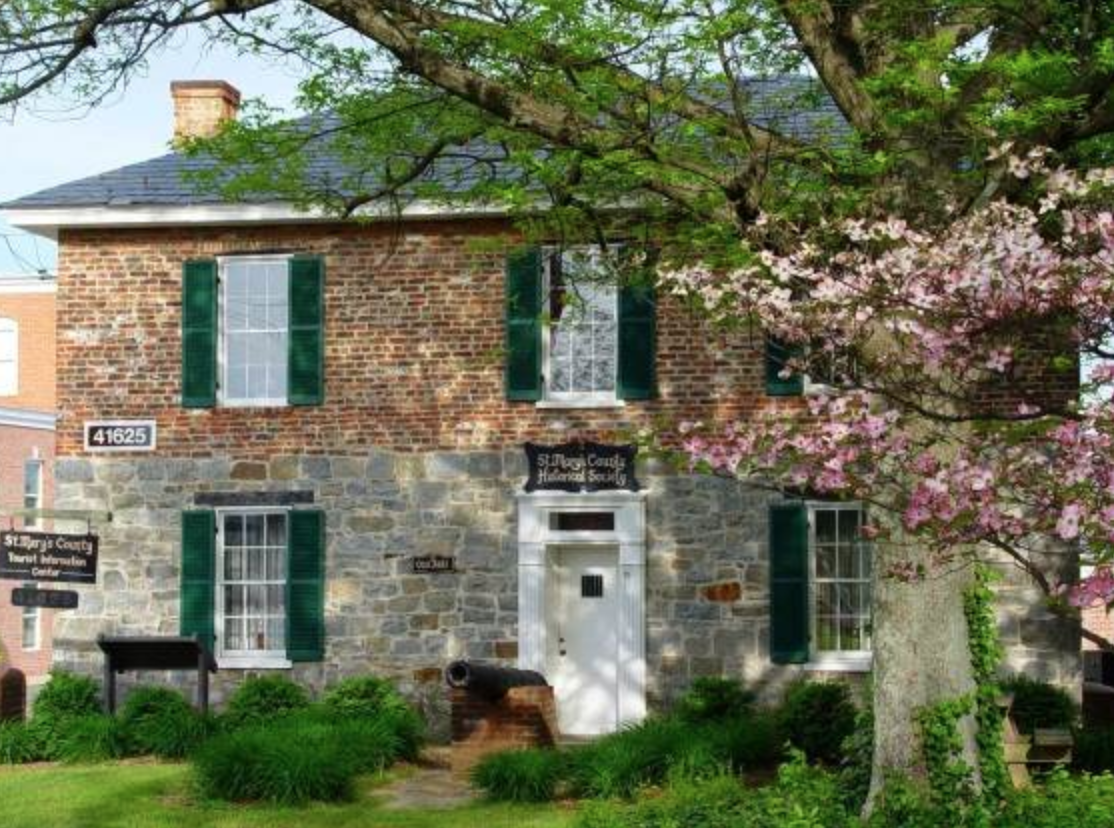 The St. Mary’s tourism website explains that the jail was built in 1876 and remained in use until 1945. It is the oldest sheriff’s office in the nation. The original cells where prisoners were kept are still intact in the upper part of the building while the bottom half is now the Leonardtown Visitor Center and a museum store.

“We are not here to hurt you or make you leave,” Jeannie C. said out loud to any potential wandering spirits outside the jail. “We just want to hear your story. Do you have a message for anyone?”

Watch the full episode to find out if the 3 Notch investigators were able to communicate with any spirits or even Moll Dyer herself!

Have you ever visited Moll Dyer Rock or ever have a spooky, paranormal experience? Tell us all about it in the comments!