Speak Like a Coloradan: The Ultimate Guide to Colorado Lingo

Speak Like a Coloradan: The Ultimate Guide to Colorado Lingo

We used YOUR suggestions to help create the ultimate list of strictly-Colorado slang.

Here in Colorado, we don't typically think of ourselves as having an accent or peculiar way of speaking. But like most places, over time, we’ve developed our own language idiosyncrasies that leave “transplants” and “gapers” scratching their heads. Using YOUR help and submissions, we’ve pulled together a comprehensive glossary of ultimate terminology that (as best as we can tell) is specific to the Centennial State! To help you out, we've identified all our made-in-Colorado vernacular in bold ... The O’s — Up in NoCo (Northern Colorado), lies a charming little city called FoCo (Fort Collins). Head south down The Valley Highway (I-25), past the Mouse Trap (where I-70 and I-25 meet), and you’ll end up in RiNo (the River North District).

Hop across the Platte River and I-25 to LoHi (Lower Highlands), then back over to LoDo (Lower Downtown Denver). Keep going south and you’ll end up in SoCo (south of Colfax Avenue—or “The Fax”) and eventually in SoBo or SoBro (the jury’s still out on which nickname people prefer to use for South Broadway). And still trying to get its trendy moniker to catch on is SoHam (south of Hampden Avenue).

Continuing our tour around metro Denver, we’ll make stops through A-Town (Aurora) and The Ranch (Highlands Ranch), before stopping for some bud (marijuana) at one of the dispenses/dispensaries (marijuana shops) on The Green Mile (South Broadway between Yale and Louisiana).

Feeling munchy? We could cruise up Feds (Federal Blvd.) to The Fax and wave at Mile High (the Broncos’ stadium) before heading toward the mountains (west) to get to Casa Bonita (hands down, the most famous Mexican restaurant in the city) near the corner of The Fax and Wads (Wadsworth Blvd.). 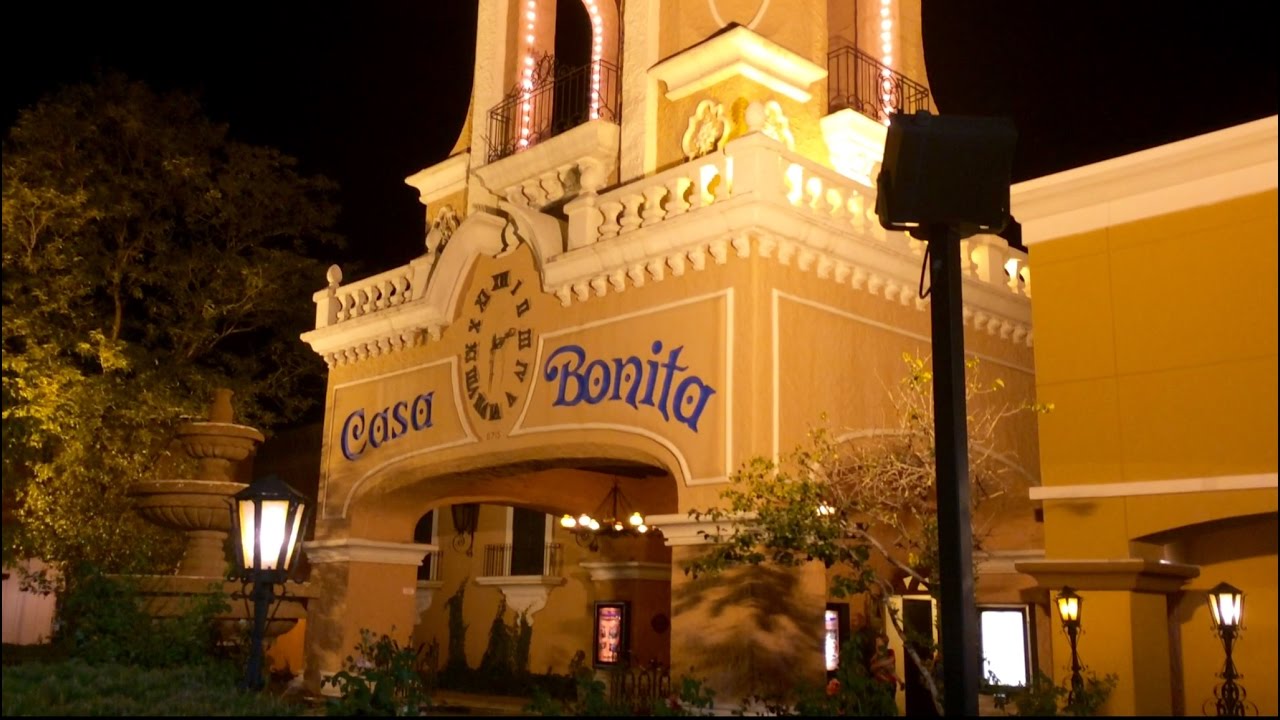 But a visit to The Front Range (the populous region on the eastern edge of the Rocky Mountains, stretching from Pueblo all the way to Cheyenne, Wyoming) would be incomplete should we forget Denver’s southern neighbor “The Springs.” It should be noted that there are several towns and cities with “Springs” attached to their name, but only Colorado Springs is “THE Springs.” Other Springs—such as Glenwood Springs, Steamboat Springs, and Pagosa Springs—all regularly get shortened to their first name alone (Glenwood, Steamboat, or Pagosa). Only Idaho Springs gets to keep its full name in daily conversation.

Speaking of the mountains, the primary way to The High Country (the region of Rockies with the highest peaks) would be via The Tunnel (otherwise known as I-70’s Eisenhower Tunnel). It’s through The Tunnel that you’d access Breck (short for Breckenridge) and eventually, The Western Slope (everything in Colorado west of the Continental Divide).

Colorado is home to some interesting characters! Of course, the ones that were privileged enough to be born here often proudly sport a completely innocuous bumper sticker on their Subaru that says “NATIVE” against a green mountain silhouette, right next to the 26.2 marathon sticker.

The rest of us are transplants, and we will never be good enough. Ever.

Up in the High Country, the natives lovingly refer to visiting Denverites as flatlanders or cidiots (city idiots). And the skiers visiting from out-of-state? Well, those are gapers (clueless flatlanders who stand on the slopes, their mouths gaping wide).

In Breck or Steamboat, you're sure to run into trustafarians (rich trust-fund mountain kids that don't have any real responsibilities other than riding the slopes on Daddy's bill). And, easily identified by their long dreads and sandals, wooks are Colorado hippies trying their hardest to be hip and heady, modern mountain people. 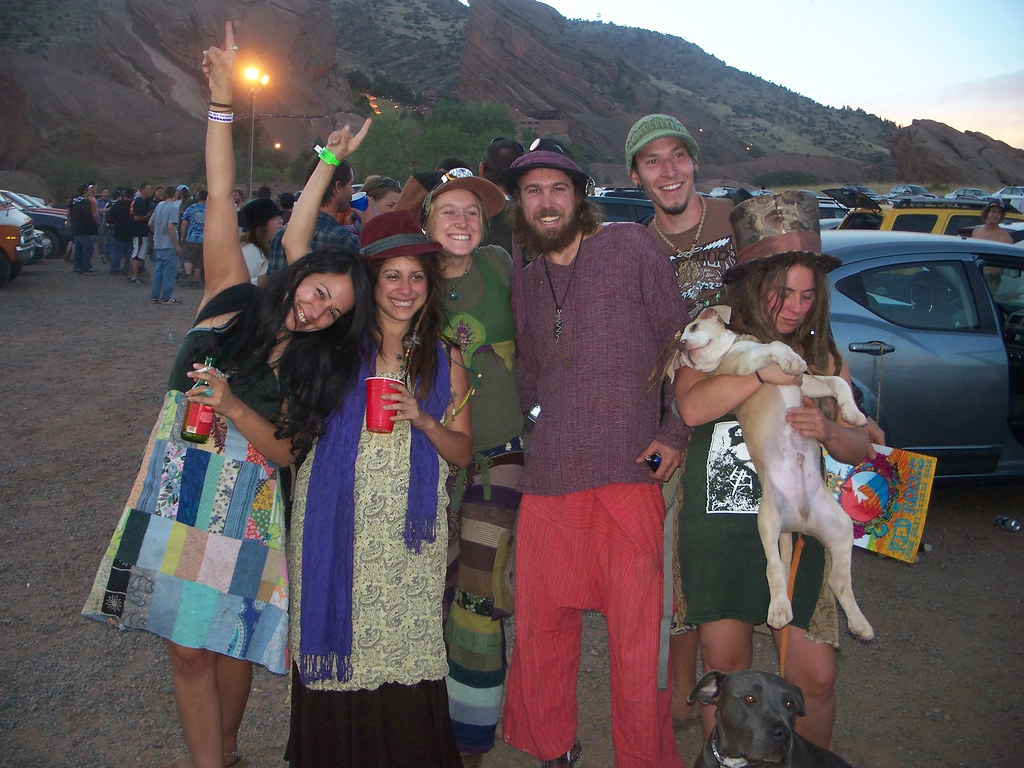 Back down the hill, in The People’s Republic (Boulder), you’ll generally find the most "granola" of citizens (the ultra-left-leaning, free-spirited, vegan, nature-concerned portion of the population).

And have you ever heard the initials PFM? Well, that stands for none other than the former Broncos' savior—Peyton F****** Manning.

Denver's elevation is exactly one mile above sea level, so 5,280 (the number of feet in a mile, of course) is a digit you're bound to see thrown around here and there—in names of area businesses, in the title of a local magazine, etc. Along those same lines is the word altitude.

Likewise, the city is proud of its original telephone area code—303 (though, how many millennials do you know with a 303 cell phone number?). It's also the name of a Denver mag, and 303 Day on March 3 (3/03, get it?) is the city's attempt to create a day commemorating our collective awesomeness! Maybe you should celebrate 303 Day by climbing a 14er (one of Colorado's 58 mountain peaks that exceed 14,000 feet in height), though most 14ers will still be covered in snow in early March.

Instead, if you're the smoking type, you could partake in a little 420 (a slang code term for smoking marijuana). One of the dispensaries on The Green Mile could certainly get you hooked up. And if you head down to Civic Center Park on April 20 (4/20, get it?), you'll very possibly get to take part in one of the largest pot rallies in the nation.

Speaking of the 420 rally, you can really dose yourself pretty good with fragrant Colorado Cologne (the distinctive smell of pot). But no worries: nobody minds here.

And if you're feeling the munchies coming on, you can indulge in some Rocky Mountain Oysters—Colorado's famous cuisine of bull testicles, often deep-fried and served as an appetizer. 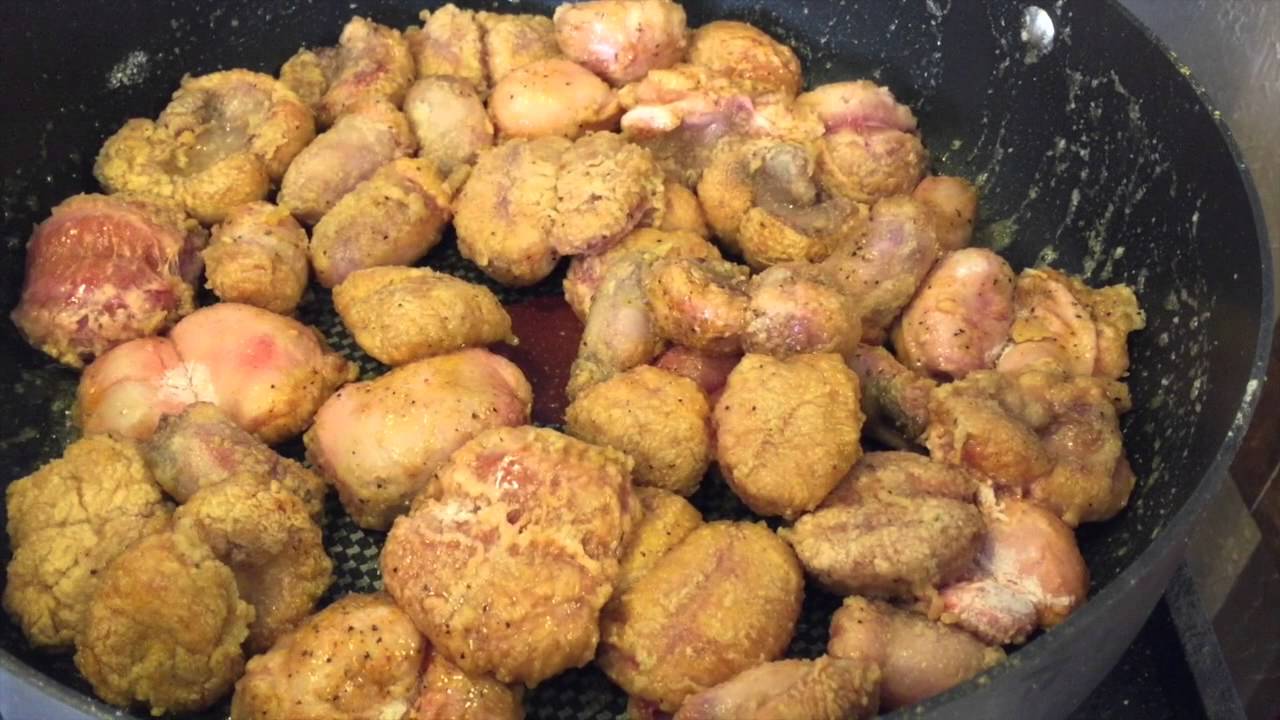 Yummmmm. To make them more appetizing, you could potentially smother the oysters in green chile—our state's specialty. (Note: green chile is a green sauce made from Hatch green chiles and is nothing like the traditional "chili" with an i—the red bean soup.)

Wash it all down with a pop (soda) or Colorado Kool-Aid (a cold Coors beer, sometimes also referred to as Rocky Mountain Kool-Aid).

Since Colorado's weather is unique, it tends to be an ongoing topic of conversation—and we've made weather jargon a part of our daily casual vernacular. Before a cold front moves in, it's not unusual for the Front Range to experience a "warm before the storm." Experiencing an 80-degree day followed by a 50-degree drop in temp with snow showers is not unheard of—so we wear flip-flops one day and then  ... (Who are we kidding? Flip-flops are appropriate footwear year-round!).

But the other anomaly we experience before a storm is the smell of Greeley wafting into Denver, carried by the northern winds. For the uninitiated, Greeley (54 miles north of Denver) is cursed with the aroma of its meat-packing plant combined with the distinctive smell of a cattle feed yard. So when you catch a strong whiff of cow poop in the air, you can confidently say, "Smells like Greeley! A storm's on the way!"

On blustery cold days, you might also hear traffic reports and weathermen warn of black ice or ice on bridges and overpasses. Black ice is the thin coating or glaze of highly transparent, clear ice that sometimes looks no different than the asphalt underneath it, making it look only wet—and deceptively safe. As a result, drivers often overestimate the road conditions, which is a dangerous situation.

Then, there's Chinook winds: the warm, downward-moving wind where the Rocky Mountains meet the plains. These are partly responsible for the way the pow-pow (fresh snow, powder) melts so quickly within a day of the snowfall along the Front Range, often resulting in a Colorado-famous Bluebird Day (sunny, cloudless weather following a snowy night).

It's at those times that you might hear your trustafarian friends say something along the lines of, "I'm gonna hit the hill (head to the ski slopes) 'cause it's dumping, and I wanna shred the gnar (shred = ski/snowboard; gnar = super gnarly powder [really good snow]). Gotta find the pocket stash of pow in the trees!" Denver's a sports town, for certain, so it's not unusual for a losing season of The Donkeys (Denver Broncos) to pretty much sink us all into a winter-long funk. Back in some better days, Orange Crush was a popular term we threw around to refer to the 3-4 defense the Broncos utilized in the late 1970s and early '80s. And starting in the '90s, the Mile High Salute became a thang (that's when Broncos players would give a military-style salute to fans and teammates after a scoring play). We don't see this as much anymore, but we'd like to! But I guess we'd have to start scoring again first. Other sports nicknames include the Rox (for the Colorado Rockies baseball team), the Rockpile (in reference to the cheap bleacher seats at the Rockies games), the Nuggs (Denver Nuggets basketball team), and the Avs (Colorado Avalanche hockey team).

Obviously, residents along the Front Range think of west as "towards the mountains." But do you know how ingrained this really is in us? Our friends on social media pointed out that when giving directions, Coloradans regularly use north/south/east/west words instead of left/right, like the rest of the country.

Someone going gambling at the casinos in mountain towns Black Hawk or Central City would say they're going up the hill. This is not to be confused with hitting the hill (ski activities).

An old-timer expression we'd never heard before (but we're just going to have to trust you on this!) is saying "Ways out!" or “Wheeze out,” meaning "I'm just kidding!"

Coloradans are notably pretty chill when it comes to others infringing on their space or time. Case in point:

Ah, yes. The biggest question of all. As it turns out, we Coloradans do have a bit of an accent. Read this aloud: “Go to the mountains from Thornton and buy a better kitten named Buttons.” Did it sound like this?  "Go do tha mou'ins from Thor'in and buy a bed-er ki'in named bu'ins.” I have to admit that I never realized this was abnormal until I was researching for this article! I mean, is it really Mar-tin Short and Steve Mar-tin? Not Mar'in Short and Steve Mar'in? I can't even imagine taking the time out of my day to pronounce every vowel and consonant fully. What a waste of time!

This one didn't fit in any of our above categories, but it's important nonetheless. Blucifer = Blue + Lucifer (the freaky blue horse with the glowing red eye at the entrance to Denver International Airport, offering a warm(?) welcome to all new arrivals and bidding a lovely adieu to those who leave.) Blucifer, the face of Denver's welcoming committee, Courtesy of Wikipedia

Sooooo, we want to offer a HUGE thank you to all of you who contributed to making The Ultimate Guide to Colorado Lingo. We couldn't have done it without your submissions on social media! What do you think? Did we miss one? Let us know in the comments!