Maryland's Pocomoke State Forest is not the friendliest forest, it seems ...

By day, Pocomoke State Forest seems like your average forest—18,198 acres of land that stretch across Worcester, Wicomico, and Somerset counties, with plenty of gorgeous greenery and Maryland wildlife.

However, things at Pocomoke may not always be as they seem in daylight. Darker creatures lurk there, according to Chesapeake Ghosts—creatures that are decidedly not Bambi and Thumper! 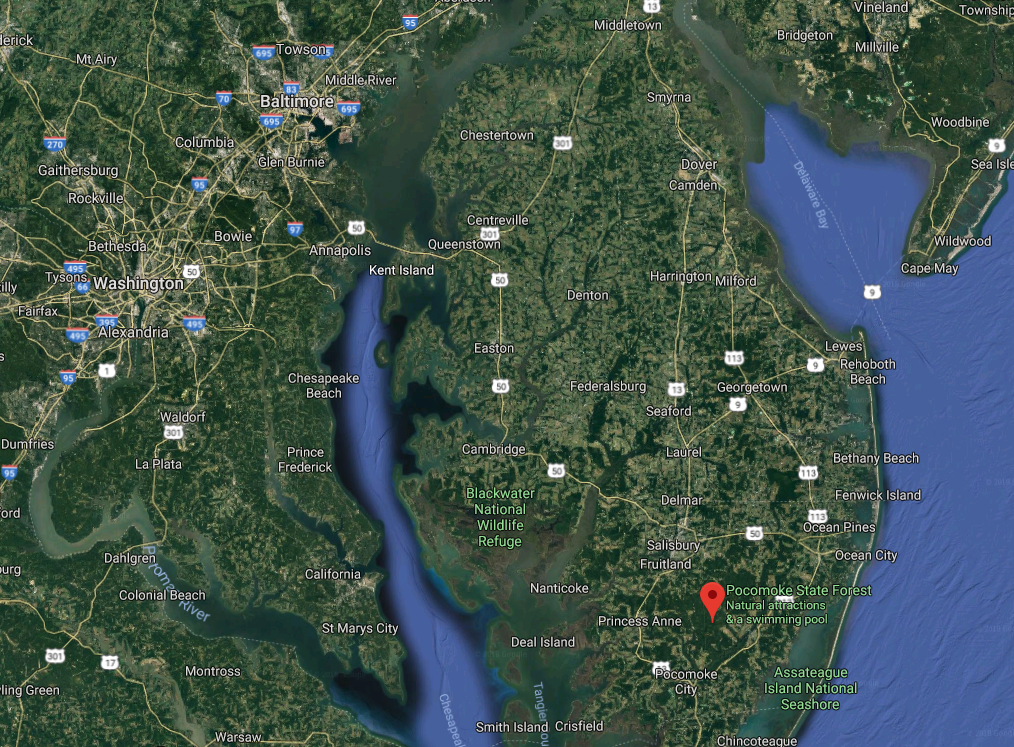 There are plenty of stories surrounding the forest, but here are two of the most disturbing ones. We'll pause and let you turn on a light or gather some loved ones for support as you read it ... Trust us: You're going to need them!

One legend dating back to 1975 revolves around a couple that ran out of gas while driving through the Pocomoke woods. The man hopped out of the vehicle to go get help, warning his girlfriend to lock the doors, not turn around, and not get out of the car. She obeyed, even though she kept hearing noises on top of the car. Finally, she fell asleep until morning. Once she woke up, she saw her boyfriend's head sitting on the trunk and realized that the sounds she had heard over the course of the night had been her boyfriend clawing at the roof because someone had hung him, feet first, from a tree.

The next story definitely gets worse, we're afraid ...

Long ago, it was rumored that an inmate from the Cambridge State Hospital broke out and was last spotted in the area of the Pocomoke State Forest. This particular inmate was interesting because, in place of his right hand, he had a hook. And he also had an inclination for killing people who lingered in the forest. So, on the night of his escape, a couple was parked in the forest and just so happened to be listening to the radio broadcast detailing his description. Then, they heard a clanging noise next to the car and jumped out to find a hook lying in the gutter next to them. To this day, the man has not been caught and people still think that they see him.

So, you see, we weren't playing around when we said Bambi and Thumper weren't the only things you might encounter in the Pocomoke State Forest.

Do you believe in any of these stories? Do you know anyone that has seen weird things there? Or do you have any stories yourself? Don't be afraid to drop a comment below!