Shipmate or scalawag, everyone can talk like a pirate on September 19

Probably the most well-known silly holiday is here again! That's right, September 19 is "Talk Like a Pirate Day," and it doesn't require anything of you except to have fun and, you guessed it, talk like a pirate. But if you're looking to go the extra mile, feel free to dress up, play games, or whatever else you want to do to commemorate!

Of course, this year is a little different—in years past, it probably would have been very easy to find an event or at least a pub crawl that was pirate-themed or somehow acknowledged the day.  But the beauty of the made-up holiday is that it's something simple and fun to do in the comfort of your own home with loved ones (hey, you can talk to yourself as a pirate if you want, no judgment here).

Most of what we think we know about old-school pirates can be traced back to Robert Louis Stevenson's classic Treasure Island. First written as a serial for a children's magazine, it was published as a novel a year later in 1883. It introduced the idea of "X marks the spot," sailors with peg legs and parrots, and other pirate culture.

But where did that voice come from? Well, kind of the same place. Disney's 1950 film version featured Robert Newton playing Long John Silver, a name you've heard of even if you haven't read the book or seen one of the many adaptations (fast-fried seafood, anyone?). Newton made an acting choice, exaggerated his South Western Country English accent, and the pirate voice was born.

So, it should be mentioned that pirates didn't really talk that way. Think about it: They came from all over the place—different countries, different cultures, and although the vocabulary was surely consistent, it's just not realistic. But where's the fun in that?

If you really want to deflate the balloon of silliness, National Geographic wrote an article about it back in 2011, and although it's totally valid and makes a good point, it isn't fun. So avast that noise, grab your cutlass, raise a glass, and talk like a pirate!

Enter John Baur and Mark Summer who, in 1995, began speaking like pirates during matches of racquetball against each other.  Over the course of their playing, grunts and simple swears evolved into pirate speak. They realized quickly it was a lot of fun and that they felt better doing it. This was something they wanted to share with the world and decided to declare a brand new holiday. The actual day they came up with the idea was on June 6- the anniversary of D-Day during World War II. Out of respect, they realized they needed to pick another day. September 19  didn't conflict with any other holidays or national events so it became the official date of "Talk Like a Pirate Day."

And so it went for seven years as an in-joke between the two and their circle of friends. Baur and Summer took on the monikers “Ol’ Chumbucket” and “Cap’n Slappy” and often had to be reminded that it was coming up every year. They half-joked that they needed someone like Dave Barry, award-winning author and columnist, to gain national attention. One day, Baur came across his email address, and after some correspondence, Barry dedicated a whole column in the Miami Herald on September 8 of 2002 to shine a light on the unknown holiday. The article was very popular, and "Talk Like a Pirate Day" gained momentum almost immediately. Ol' Chumbucket and Cap'n Slappy were attending events, getting interviewed by radio stations in their home state of Oregon and nationally. They were even interviewed by a station in Sydney, Australia, which officially made the date an international holiday. 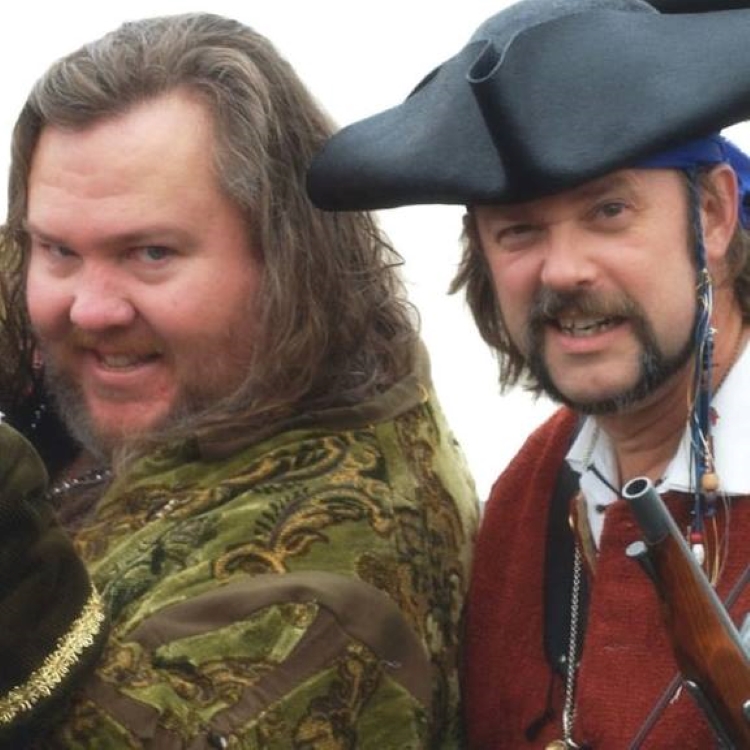 So, 18 years later the tradition continues, and the holiday has really taken on a life of its own. Since the birth of Talk Like a Pirate Day, the "pirate guys" have written a book, still attend events (when they're not canceled by a pandemic), and make posts on Twitter, Facebook, and their website. Glad tidings, me hearties!  Let's sing a shanty about it!

How will ye be a'celebratin Talk Like a Pirate Day?  What's yer favorite piratism—other than ARRR!? Be leavin' us a scribble in the comments, or a note in a bottle—yer choice!