From an industrial waterworks warehouse to a social venue for wealthy elites to the site of a tragic suicide, ghosthunters say Richmond's Byrd Park Pump House is haunted.

Richmond's Byrd Park Pump House went from industrial warehouse to party hotspot, to the site of a tragic suicide, to a heap of postwar scrap metal that sold for $1. And now, it's a favorite haunt of ghosthunters. They have some strange theories. But are they right?

While we currently lack the ability to discern the presence of ghosts and cannot rule on that matter, here is the story of its strange history—and the even stranger legends that accompany it. 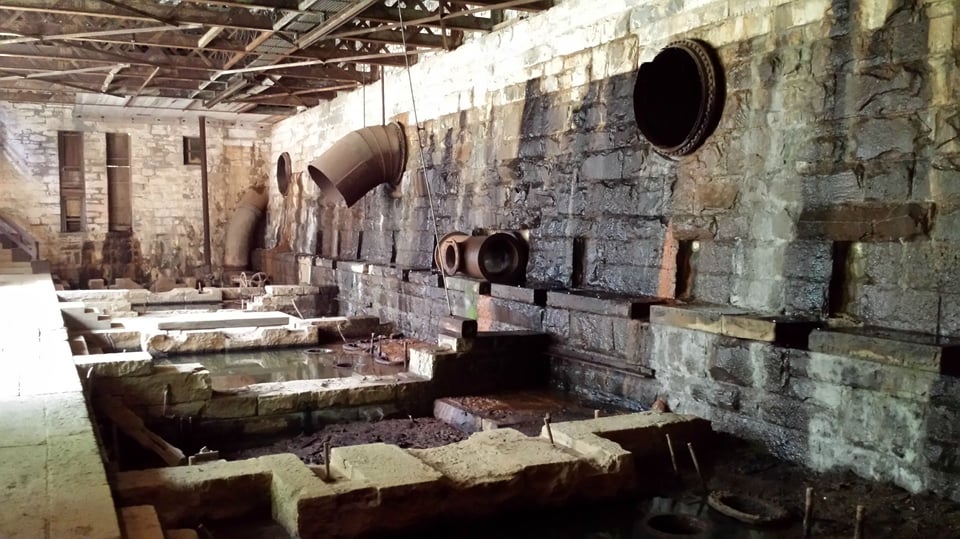 The Byrd Park Pump House was built in the late 19th century, a Gothic revival-style building whose primary purpose was industrial. The building housed the Richmond city's main waterworks from 1883 until 1924, drawing water from the James River and Kanawha Canal then pumping it uphill to the Byrd Park Reservoir, which was the city's main water supply.

However, the industrial building did a lot more than just house water pumps. During the late 19th century, it was also a favorite destination for parties.

The National Park Service describes the building in its bold, vivacious prime, and then its devastatingly divergent downfall: "[The City] designed the building as a social venue as well as a waterworks ... [It] included an open-air dance hall, or pavilion, on the second floor above the equipment room. During the late 19th century, the pump house pavilion was a favorite destination for parties. Well-dressed Richmonders could board a flat-bottomed boat at Seventh Street and take a leisurely ride up the canal to the pump house and its festive ballroom overlooking the woods and water below. Sadly, the building closed in 1924, and had its machinery sold off for scrap metal before the outbreak of World War II. The city slated the pump house for demolition in the 1950s but sold it to First Presbyterian Church for one dollar instead."

Needless to say, in its history going from visionary industrial landmark and party house to a scrap metal building sold for $1, the Pump House is filled with echoes of once-vibrant things now entirely gone. Robert Bess, a paranormal investigator, says this cultural story has a literal incarnation. He says the spirits of this past still linger.

Bess explains that legends surrounding the Pump House include sightings of Daniel Tetweiler, a man who allegedly hung himself inside the house, and encounters with a woman Bess calls "Elizabeth," who reportedly appears via a glowing orb of light.

“This place is extremely haunted,” he says. 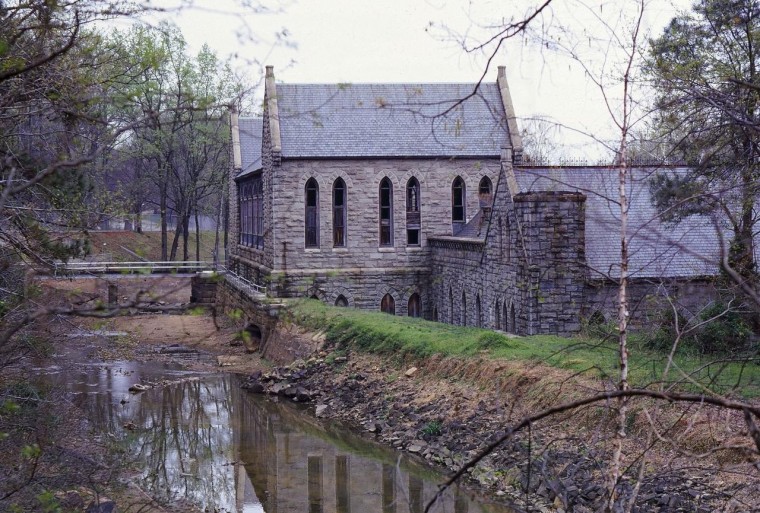 “There’s the ghost of Daniel Tetweiler, who hung himself, but there’s also a woman named Elizabeth … she is the most fantastic orb you will see," Bess says. "Also there’s Spectra, the apparition of a woman in white. She cuts loose with her energy force. Twenty-three different groups are traveling in her aura."

Not only does Bess say he can detect this squad of spirits, he also has an explanaton for how they got there. He believes that Byrd Park Pump House is actually ... a portal. He theorizes that the elements of the building's composition combine to act as a conductor through which paranormal entities can enter the mortal sphere.

"The Pump House has water, steel, and a slate roof," Bess explains. "Plus there is iron all through it, and it’s continuously moving, so it’s like a conductor. It will create a portal.”

While Bess's theory is highly questionable (if the same elemental metals contained in a huge majority of houses somehow constituted sufficient means for creating portals to parallel spheres, half of the buildings in all cities would be portals), let's not discount the actual creepiness and total bizarreness of this story. Portals or no, there's some fascinating history here.

The city is currently in efforts to revive the project in attempts to revitalize the building into a repurposed attraction. We'll see what the ghost of Daniel Tetweiler and Elizabeth the orb have to feel about that.

Do you believe the stories of Byrd Park Pump House being haunted? As a resident, we want to know what you think! Share your thoughts in the comments.