The 'Four Seasons Total Landscaping Debacle': Here's the Gist—And Where You Can Buy Merch

The 'Four Seasons Total Landscaping Debacle': Here's the Gist—And Where You Can Buy Merch

The Four Seasons Total Landscaping press conference will still be funny, years from now. (We're counting on it!)

It was the Saturday morning after the election, and my husband started reading me tweets about how a press conference for the Trump campaign had been held that morning in the parking lot of Four Seasons Total Landscaping in Philadelphia. We live thousands of miles from Philly, and I don't really care about the setting of a press conference, but the fact of the location struck me as somewhat odd.

"What? Why?" I asked. And then it dawned on me: "They mean Four Seasons Hotel, right?"

"They must have meant to book the hot— Oh noooooo," I groaned, bursting into fits of giggles that would last the.rest.of.the.day. (Along with much of America, it seems!).

Even days later, I find the irony so funny. Like thousands of others, I've bought my "Make America Rake Again" commemorative sticker. On a whim, I even called the phone number listed for Four Seasons Total Landscaping on Saturday afternoon and left a voicemail, along with every other reporter in the nation, I imagine. I didn't get a call back (I didn't really expect to, I suppose). After all, this publicity was, for Four Seasons Total Landscaping, "unprecedented"—like so many things that have happened this year. 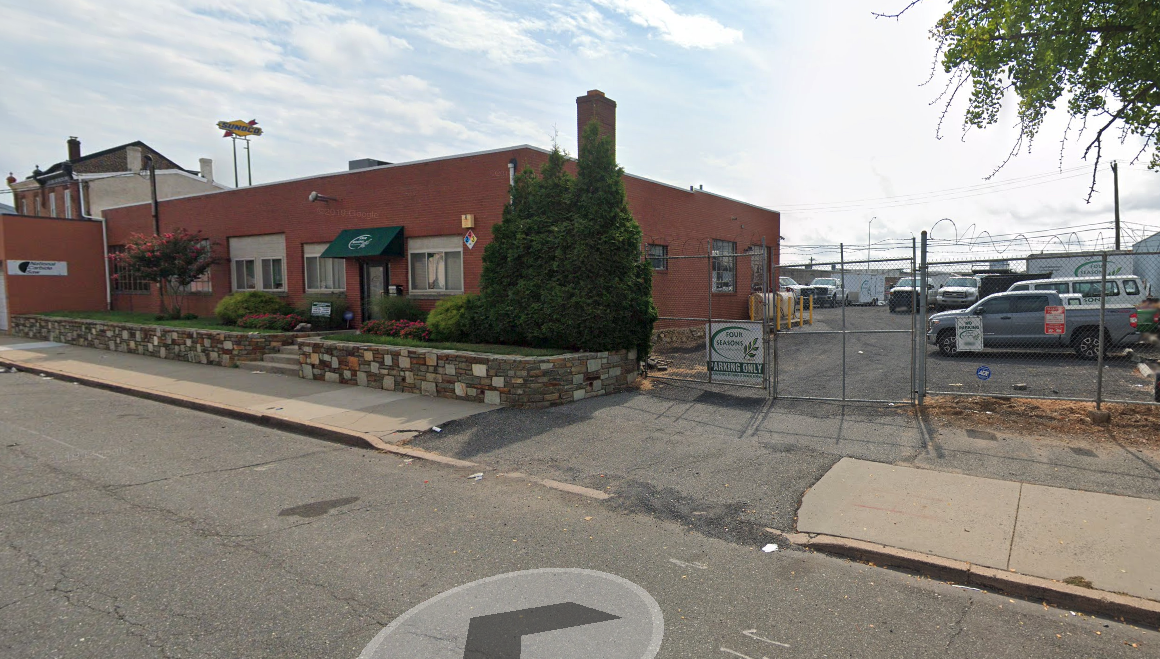 Imagine all the press marching through this gate and around to the back of the building. Courtesy of Google Street View. 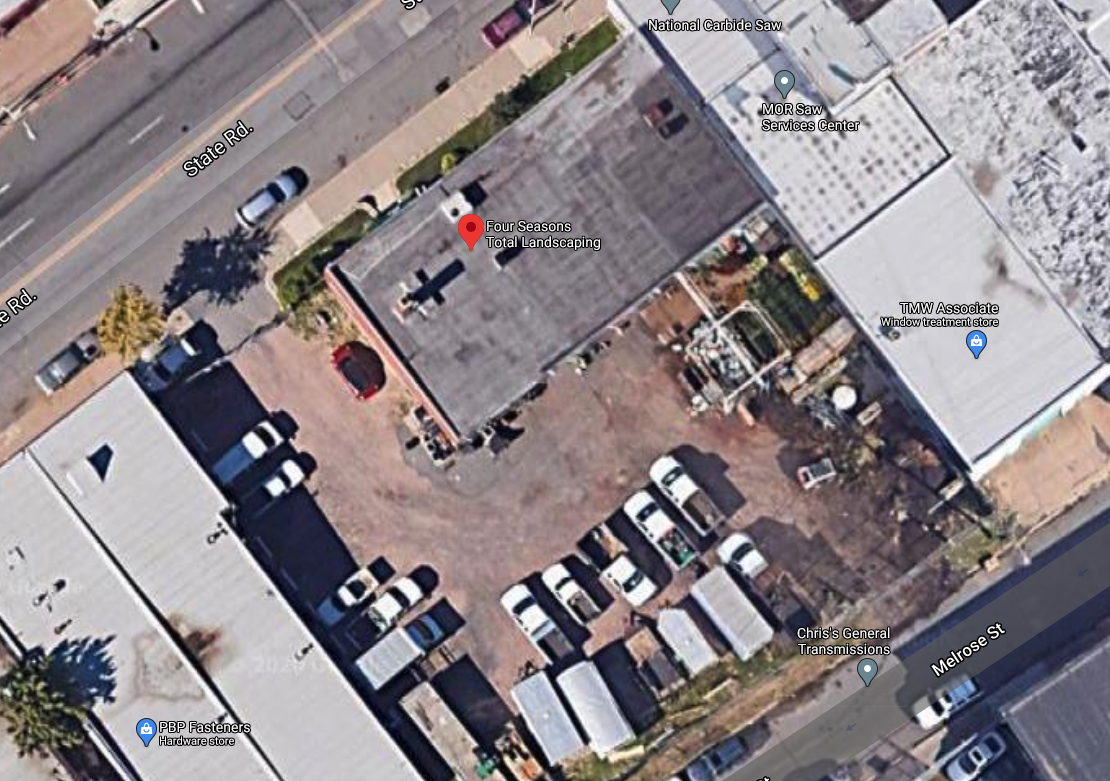 The scene from above, courtesy of Google Maps

To make matters even funnier, Four Seasons Total Landscaping is situated in an industrial area of town, a few doors down from an adult bookstore and across the street from a crematorium—which, while perfectly valid businesses, don't really offer the prestige and class that a presidential campaign would typically embody (no offense!). 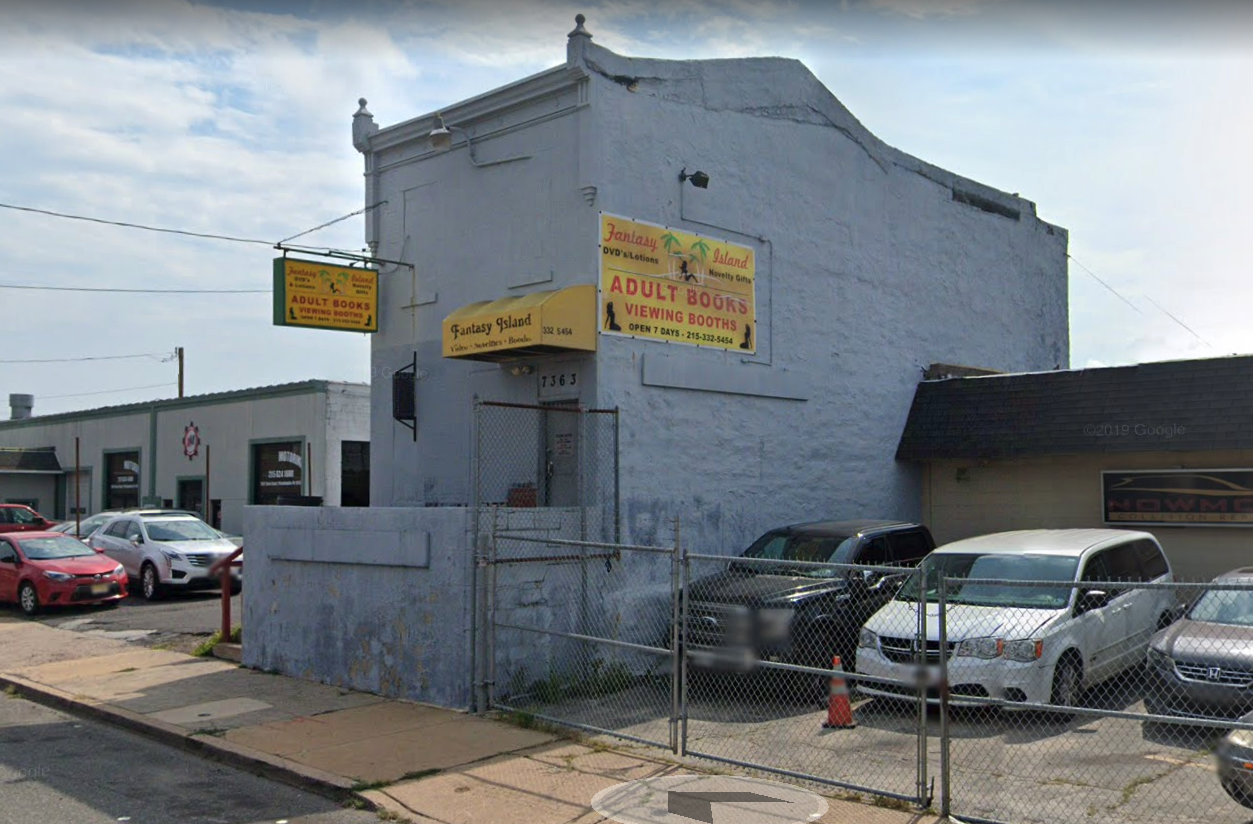 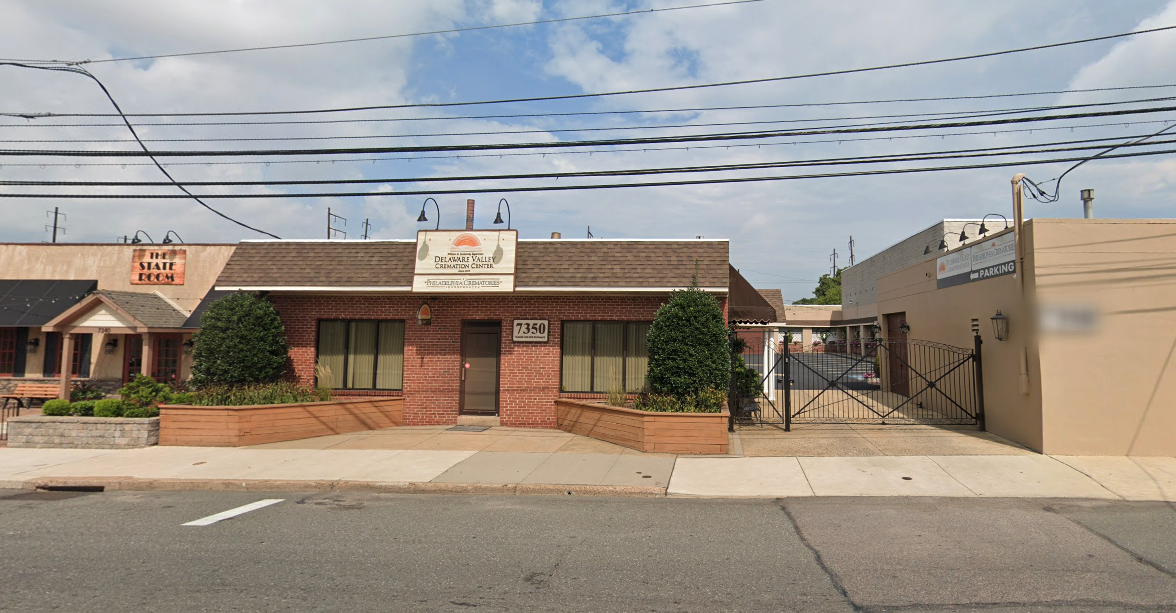 In a way, aren’t we all stuck between a sex shop and a crematorium????

There are just so many questions unanswered in this bizarre situation. Trump's first tweet about the press conference that morning implied it would take place at the hotel. Later, that tweet was deleted and replaced with this one:

Here are some potential options for how this debacle came to be:

1. Did the Trump campaign assume they could just "get" the Four Seasons Hotel? Then, when they found out it was booked, they had to scramble to find another "Four Seasons" business to minimize the embarrassment and save face since Trump had already announced it on Twitter?

2. Did a Trump campaign staffer accidentally call Four Seasons Total Landscaping and book it there? But if so, why would the landscaping peeps agree to that? They must have thought it odd, right?

3. Or did the Trump campaign really intend to hold the press conference there the entire time?

An answer to the Four Seasons Total Landscaping mystery: the company told me the Trump campaign contacted them today out of the blue ahead of the Giuliani presser and said their location was close to an exit on I95, and was secure, and that’s why they wanted to use it.

Wish someone would factually explain it. Did they really intend 4SeasonsHotel and mis-booked it (too weird)? Or after Hotel turned them down did they just say 4SeasonsLandscaping was what they meant all along? SHORT OF SATIRE all explanations sound totally implausible and nuts.

However they ended up there, Rudy Giuliani and an army of staffers and lawyers for the campaign set up shop in the back parking lot of the green cinder block building, placing a podium in front of the shop's garage door, just steps away from reels of garden hoses and lawn equipment. And it was at this unlikely location that they announced they would pursue legal action regarding voter fraud.

It was also during this press conference that Giuliani learned (on camera) that news media outlets were calling the election for Joe Biden.

Luckily, the good people at Four Seasons Total Landscaping find the humor in it, too. In the days since, they've launched lines of merchandise (t-shirts, face masks, stickers) that incorporate landscaping jokes about the situation: "Lawn and Order," "Make American Rake Again," and "In Sod We Trust." 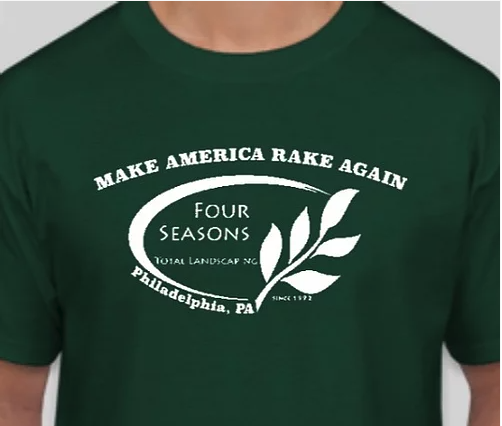 Sales for merchandise was so overwhelming that the company has put a hold on taking new orders for the time being.

We are overwhelmed by the outpouring of support we've received! You all are amazing! We are temporarily halting sales on...

The Zoom virtual background of the people!

And the comments on this post below are worth a read:

Four Seasons Total Landscaping is a family-owned small business run by life long Philadelphians. We were honored to be...

And then there's Jimmy Kimmel's take:

Congratulations to everyone at Four Seasons Total Landscaping for capitalizing on your 15 minutes of fame and turning lemons into lemonade. This situation was the laugh we needed after an extremely tense election week, and I imagine that it will keep us laughing for years to come!

Want to check out their merchandise page? Find it here.