The Name 'Karen' Is Tanking on Baby Name Websites

The Name 'Karen' Is Tanking on Baby Name Websites

At its core, the name Karen is perfectly decent. I have a couple of friends named Karen. I have an aunt named Karen. We probably all know a Karen or two. Lovely people, Karens.

It's not their fault that their name got assigned to be the generalized term for your average, white, middle-aged b****. But it is what it is. And here we are.

Even Urban Dictionary has an entry for "Karen", defining it as "a stereotypical name associated with rude, obnoxious and insufferable middle aged white women."

As a result, baby name "aficionados" report that the name Karen (and all its implied baggage) has dropped significantly in popularity over the last 10 years. In fact, at babynames.com where the name Karen is ranked #635, "None of their millions of website users have added the name Karen to their favorite name lists in the past year, and over the past decade, they've seen a 75% decrease in popularity," TMZ was told.

At nameberry.com, too, Karen ranks as the 635th in popularity. 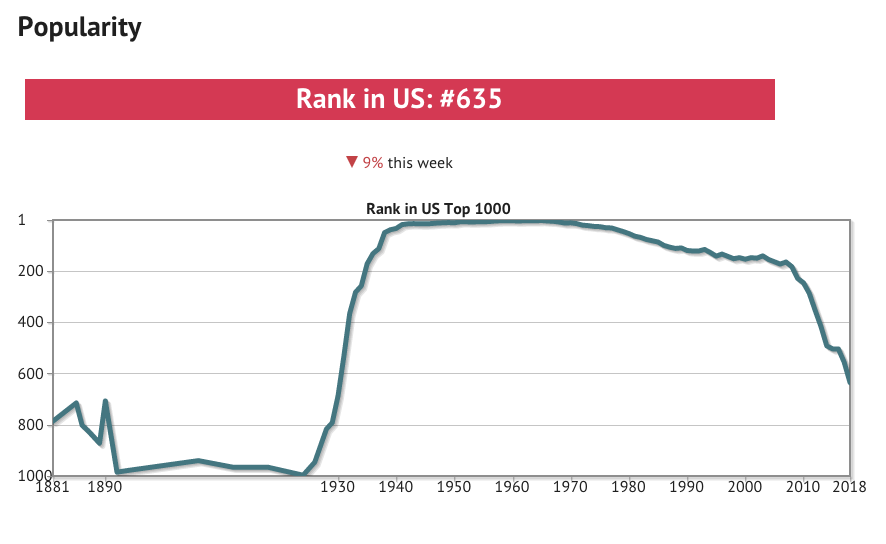 Over at thebump.com, Karen drops to an astoundingly low #1,211. 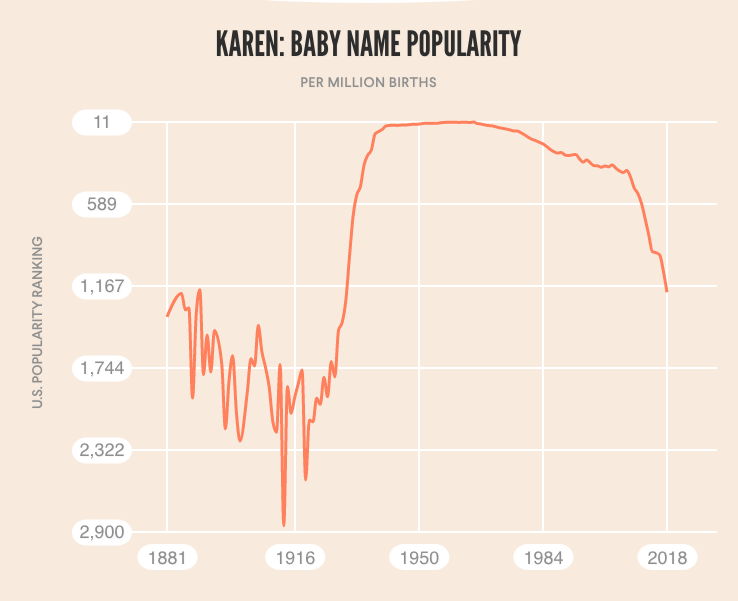 Here are some stats on the name Karen by decade, per the Social Security Administration:

So if the name Karen reached its peak in the 1950s–1960s, then most actually-named Karens would be between 50 and 80 years old. Therefore (and stay with me here), since "Karens" as a personality type are more likely to be in their upper 30s to mid-40s, the name "Michelle" might be a better representation of the Karen-type demographic. Just sayin.'

Whatever you do, though—if you want your little girl to be respected and adored by her peers and not doomed to a life of asking to speak to the manager, I'd avoid naming your sweet little bundle "Karen."

What do you think? Can you think of a name that better represents the b****y demographic? Would you ever consider naming your baby Karen? Tell us in the comments.