The new “Spaceship Earth” documentary looks at what we can learn from the Biosphere 2 experiment of the 1990s.

Imagine spending years living isolated from the rest of the world inside an artificial earth-like habitat, researching and learning how humanity might survive on other planets. How would life be different when you emerged? How different would you be? It sounds like a plot from a science fiction movie; however, Biosphere 2 is not the work of fiction. It sits in the desert in Oracle, Arizona—a giant domed structure that looks like it belongs on another planet.

Built in the late 1980s about 50 miles north of Tucson, the artificial habitat created to replicate Earth took almost seven years to build and is currently owned by the University of Arizona. Biosphere 2 is an artificial ecosystem covering 3.1 acres, closed off from the outside world. Called a vivarium, it is the largest closed ecosystem ever built. Currently, the facility is used as a laboratory for controlled scientific research and a place of public education dedicated to learning and teaching about life on Earth.

The story of Biosphere 2 is fascinating, and a new documentary gives us a closer look at what happened in Biosphere 2, as well as what lessons we can learn from it. Spaceship Earth delves deep into the details of the survival adventure the first team of "Biosphereans" embarked upon, showing never-before-seen video from inside the habitat

It also gives insight into a side of the story that has not been widely told.

Originally, the mission was for eight people to spend two years inside the biosphere, which held seven different biome areas. Set out in the unforgiving heat of the Arizona desert, the team of Biospherieans would be living in an ecological and psychological experiment, studying the plants and animals in each biome and taking part in a long-term goal of learning how to create an artificial atmosphere for humans in space.

The ultimate question was whether humans could survive in this artificial self-sufficient world and whether life could thrive without help from the outside. 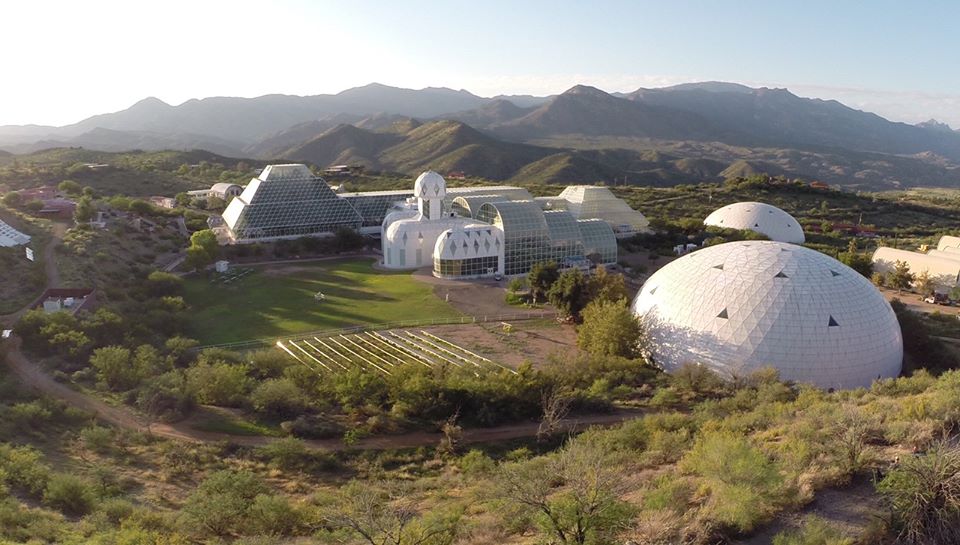 The project had no shortage of controversy, political games, and chaos, and it cost hundreds of millions of dollars to construct. Taken by some as a joke or a fraud, others viewed it as groundbreaking science, helping to understand how humans survive and the forefront of human exploration. It was both innovative science and an impressive study of the human psyche.

Only two teams ever used the structure for its intended purpose. The first team spent two years in the habitat, from 1991 to 1993, and became heavily invested in learning how to keep biomes and different species in their little world alive. With conflict among the team, however, opposing groups formed, and low oxygen and food supply led to low morale after some time. Despite challenges and conflict outside and inside the habitat, the first experiment was successful on many levels and set several records in the scientific world.

The second experiment ran for six months in 1994 and was riddled with problems. Scandal, loss of funds, new ownership, and possible vandalism by two of the original crew were at play. Those involved still hold strong opinions on what happened, and the second run ended suddenly when the management company running the project dissolved and left the team inside in limbo.The project was eventually abandoned, and the facility taken over by Columbia University in 1995. Columbia converted the closed system to a flow through system, and the facility never performed the original Biosphere 2 mission research of a closed ecological system again. 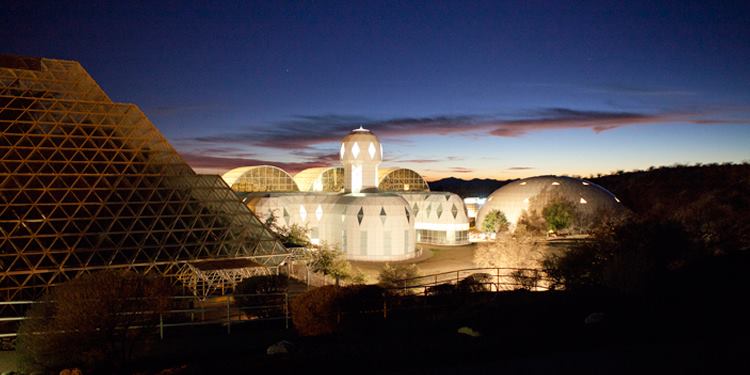 In a way, it is a very fitting topic, as the masses of the world have spent months in isolation, away from other humans. The movie delves deeper into the story of the Biosphere 2 and into the minds behind it.

Despite many questioning the validity of the experiment, there are useful lessons we can take from Biosphere 2. Living in a socially distant and sometimes completely isolated world of the COVID-19 pandemic, we too face limited food supply, limited social interaction, conflict among team or family, and frustration at being held back for so many months. We are all widely invested in the success of our world and are learning to improvise and expect the unexpected. Many people are living in closed group settings themselves, experiencing several of the same emotions that the Biosphere 2 team felt.

Perhaps we can draw some lessons from what those who lived inside the Biosphere 2 learned. One thing in particular that stands out is that despite internal conflict, strife, and uncertainly, the team worked together to support the habitat and each other's survival. These are all important concepts that our society is currently learning in real time during the time of COVID-19.

The Spaceship Earth documentary can be streamed on several platforms including Amazon, Apple TV, Hulu, Google Play, and Direct TV.

Have you heard of Biosphere 2? Do you think that living in isolation and quarantine-like situations feels a bit like an experiment? Leave a comment with your thoughts!