Totally Weird Colorado: Did You Know It's Been 11 Years Since Colorado's 'Balloon Boy' Took to the Skies?

Totally Weird Colorado: Did You Know It's Been 11 Years Since Colorado's 'Balloon Boy' Took to the Skies?

As an unusual craft soared above Colorado, the world watched and feared for a young child’s life.

Colorado is home to many legends and stories, and the story of the “Balloon Boy” hoax is one of the weirder ones that, whether we like it or not, makes our state the eclectic, amazing place we all know and love.

October, 15, 2009—it was a normal fall day in Fort Collins, Colorado. However, a story that would soon grab international attention began to unfold ...

Richard Heene had been building a balloon from plastic tarps covered in mylar, or aluminum foil, all of which were held together with duct tape and string. A cardboard and plywood box also acted as a basket. Heene, a home contactor and self-proclaimed storm chaser, claimed the balloon emitted an electric current and was part of the equipment used in storm chasing.

Local news station KUSA-TV received a call from a man asking for help tracking a homemade helium balloon. The man, Heene, said that the balloon, which resembled a flying saucer, had accidentally taken off from his backyard, with his young six-year-old son, Falcon, aboard. Fearing for the child’s safety, the news community jumped into action. The Colorado National Guard even brought in UH-60 Black Hawk and OH-58 Kiowa helicopters, and local police soon joined in with helicopters of their own, all chasing the balloon in hopes of saving the boy inside.

The story spread like wildfire as news outlets across the globe heard about "Balloon Boy". Was he injured, scared? Why was he inside the balloon in the first place? The questions swirled and the story grew, going viral and prompting reporters from major networks to descend upon Fort Collins. "Balloon Boy" and "Falcon Heene" were seven of Twitter’s top 10 trending topics that afternoon and the story was the No. 1 search on Google.

The helicopters and community chased the craft for over an hour. The balloon covered almost 50 miles in distance, ending up approximately 12 miles from Denver International Airport. When the balloon landed, it was immediately met by authorities and emergency personnel who poked, prodded, and searched for Falcon. 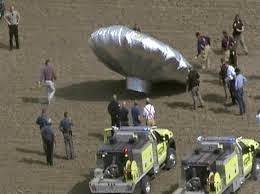 But, the boy was nowhere to be found, sparking concerns that he had fallen from the craft during its flight. A photo appeared to show a small black object falling from the craft as it passed near Platteville and a frantic search began, with search and rescue crews scouring the balloon's path for any sign of the child.

Several hours later, reports began coming out that Falcon had been located, safe and sound in the attic of his family’s garage. The child had never been on the balloon, and the family expressed relief. The story circulated that the 6-year-old had been playing with the balloon and, fearing punishment for doing so, he hid. The Heene’s claimed Falcon had fallen asleep for several hours in the garage, never realizing he was the subject of so much attention.

A huge sigh of relief swept through the community and world when the story had a happy ending; no one was hurt, and though some folks questioned what had happened, how it could happen, or if it had really happened, everyone was thrilled at how it all played out. Grateful that the boy was found safe, the community and news media were happy with the outcome. And, as in any major news happening like this, the family was invited to talk about their story on several networks.

But this so-called "happy ending" didn't last. The behavior of the family began to seem a bit odd, and tidbits about Richard Heene began to come out. 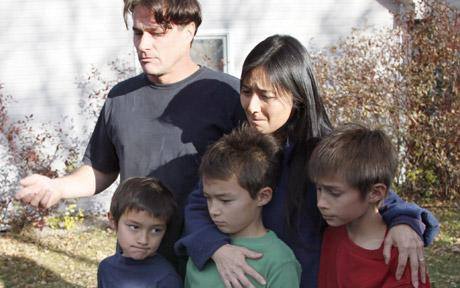 The Heene family. Courtesy of Crime News and Facts (Facebook)

On an episode of Larry King Live, hosted that day by CNN’s Wolf Blitzer, Falcon was asked why he did not come out of the garage. Richard Heene repeated the question for his son, who then answered with, "You guys said that, um, we did this for the show." On ABC’s Good Morning America, Falcon vomited during the interview when either himself or his parents were asked about the incident. This behavior and his answers added to the growing speculation that surrounded the story.

Heene and his family were not new to the media, they had appeared on the reality television show Wife Swap, where Richard Heene's wife and Falcon’s mother, Mayumi, traded places with another woman for a week. The family was a fan-favorite, even picked to appear on the show’s special 100th episode. On the show, Richard Heene was portrayed as an eccentric inventor, storm chaser, and believer in aliens. One such belief was that humans were descendants of aliens, and he intended to launch flying saucers into active storms.

The Heenes had pitched several ideas to the producers of the show, with Richard Heene wanting to host a science show, but was turned down. He desperately wanted the attention of the media and tried very hard to get it.

Balloon Boy: The Heenes Are Charged

As more questions began to rise about the whole situation, investigators began to believe it had all been a hoax, that this had been planned to gain media attention. Tens of thousands of dollars had been spent on the rescue, as well as hours of media and community attention. Speculation grew, and the quest for answers about what really happened took over the investigation.

As investigators looked closer at the balloon, they questioned whether it could have really supported the weight of a child the size of Falcon. Watch the uncut footage below of the balloon's launch:

This YouTube video shows a home video taken by the Heene's on the day of liftoff.

Evidence was gathered, and Richard and Mayumi Heene were charged with both felony and misdemeanor crimes in relation to the balloon flight. Richard Heene faced a felony charge for attempting to influence a public servant, while Mayumi Heene faced a misdemeanor charge for giving a false report to authorities. Mayumi then confessed to knowing that Falcon was hiding in the home and not on the balloon, and case notes revealed she had taken personal notes about a plan similar to the event a few weeks prior. In those notes, the boy was going to hide in the basement, and the family was going to express concern for his safety.

Richard Heene was worried about his wife being given a polygraph due to her broken English, as well as feared possible deportation of his wife if she were convicted of a crime, because, at the time, she was not a U.S. citizen.

Eventually, the Heenes pled guilty. Richard to a felony charge and Mayumi to a misdemeanor. Richard Heene was sentenced to and served 90 days in jail, 100 days of community service, and was ordered to pay $36,000 in restitution and make a formal written apology to the agencies involved in the rescue efforts. Mayumi Heene was sentenced to 20 days in jail, to be served through two days a week in jail and supervised community service.

Both served their sentences without much fanfare. Part of the sentencing prevented the Heenes from making any profits off their story.

Balloon Boy: Where Are They Now?

After all the excitement and attention died down, the Heenes relocated to Florida a short time later. Richard Heene and his sons worked to restore homes, and the family moved on with life. The three sons started a metal band, the Heene Boyz, and curiously released a song in 2014 titled "Balloon Boy No Hoax". 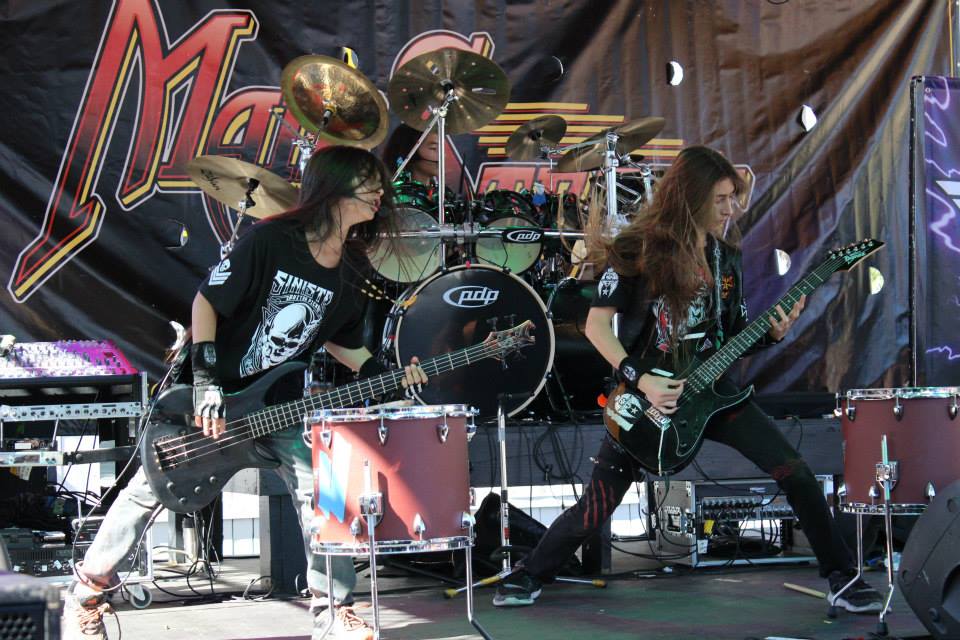 The Heene boys in 2014 | Courtesy of the Heene Boyz (Facebook)

Falcon, now a 17-year-old young man, claims that the media circus and infamy of "Balloon Boy" is far from his mind. His parents, however, remain conflicted. Richard Heene, though he pled guilty and served his time, has denied the hoax several times since then. Mayumi Heene has fluctuated on if she told the truth to her lawyer, stating that either the family concocted a hoax for media attention, or she made it all up to save herself and the children when criminal charges were filed.

Either way, the Heenes will not outright admit it to be a hoax and have, for the most part, moved on to new interests.

We can all appreciate the "Balloon Boy" incident for the attention it brought our state, and for how unbelievable a story it was. This was an example of how a story, without much proof, was taken to the highest level of the world’s attention. A tribute to the power of the media and a reminder of how important it is to check out information before we share it.

Do you remember the "Balloon Boy" story, 11 years later? We definitely do! Let us know where you were when "Balloon Boy" took to the skies in the comments below.