Vietnam's Motorbike Culture Is Unlike Anything Else

Vietnam's Motorbike Culture Is Unlike Anything Else

When you think "obsessed with motorbikes", Vietnam probably isn't one of the countries that come to mind. The USA, Mexico, and whichever part of Europe makes all of the leather jackets, sure, but Vietnam?

In fact, Vietnam is No. 2 on the world's list of "Motorbikes Per Capita," with a whopping 86% of households owning a motorbike. In a country of 90 million people, there are over 45 million motorbikes in circulation. That means that approximately half of the country owns one, with the other half presumably riding in the passenger's seat. There are only three other countries above Vietnam in terms of total motorbikes purchased, and two of them are India and China—countries with more populations larger than one billion people.

So, let's take a look at what motorbiking in Vietnam looks like, along with some of the differences that set it apart from almost every other country. 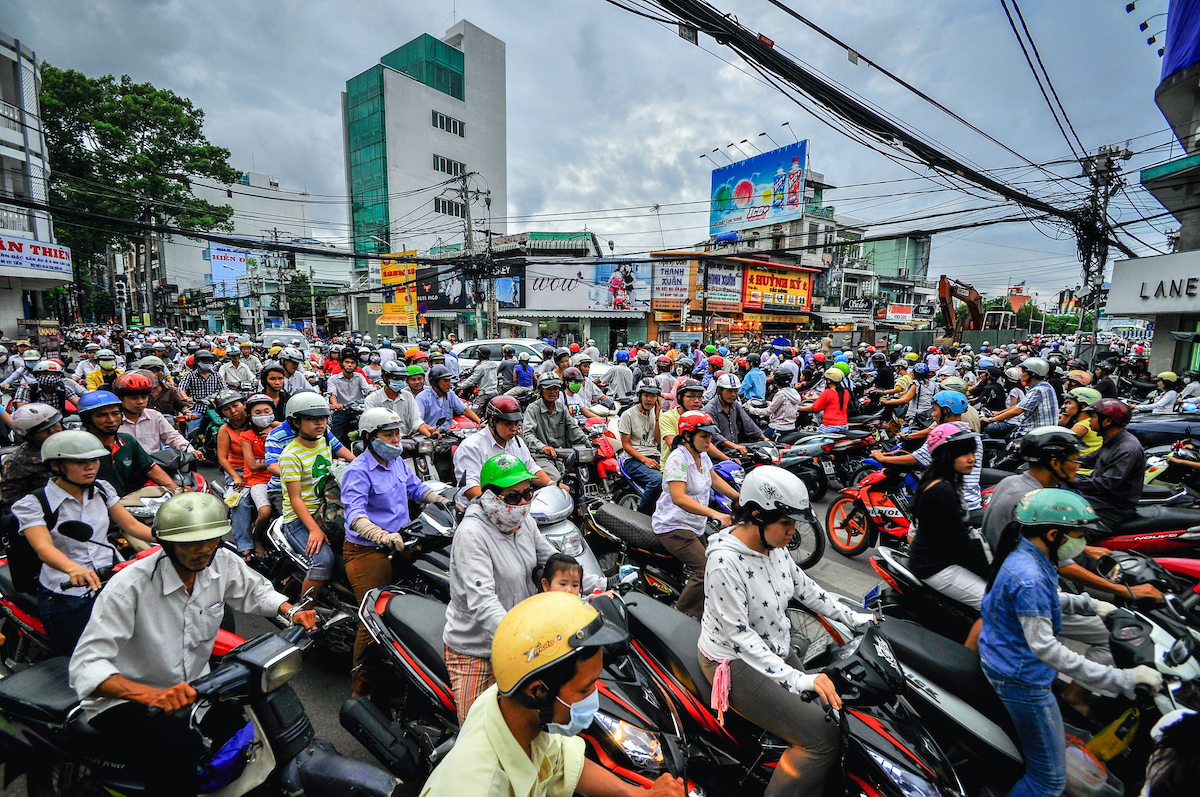 That picture above isn't from any sort of festival or motorbike rally, that's just traffic at a regular intersection. Due to the high volume of bikes, plenty of main roads are almost inaccessible by anything but. The high volume of traffic, and the potential hazards that it can cause, have led to Vietnamese motorbikes adopting their own, unofficial set of driving laws consisting of:

Beyond that, it can often feel like anything goes. Popping a u-turn on a one-way street? Someone stopping to fix a break in the middle of a busy street? Disagreement with a street food cart that blocks several lanes of traffic? These are all things that you can easily see within a block upon hopping on a motorbike in Saigon.

Given the dust and exhaust fumes that you're able to soak up after a few minutes at a crowded intersection, face masks have been a vital fashion staple for motorbike drivers for ages. From there, motorbike fashion either prioritizes appearance at the expense of function, or visa versa. Wealthier, more fashionable drivers might opt for green military-style jackets. Meanwhile, savvier drivers will elect to identify every source of dust, exhaust, and sunlight, before completely shutting it out with heavy clothing. 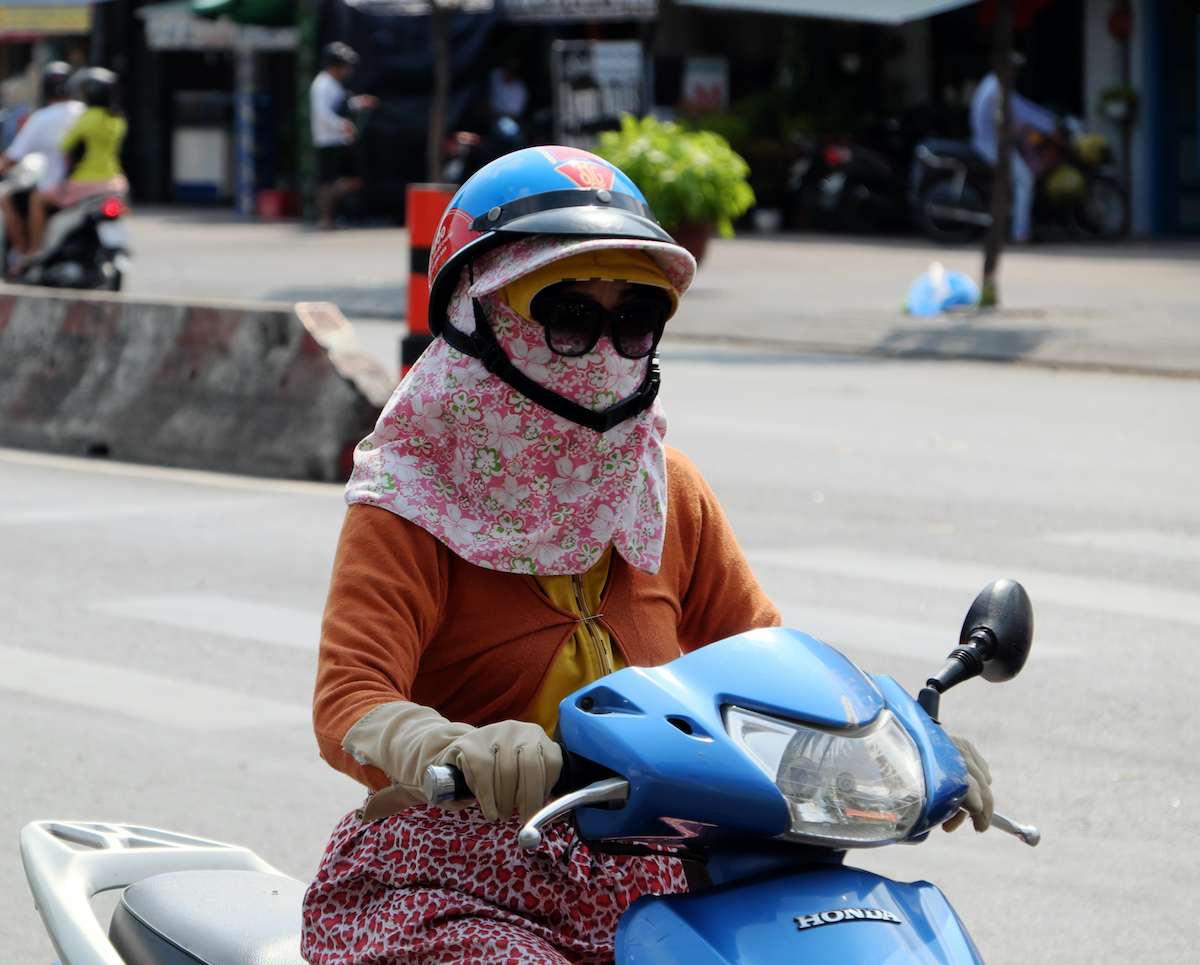 ... and remind yourself that no matter how odd it might look, they're likely the most comfortable person on the road.

Although motorbikes are widespread in Vietnam, there's a limited market for high-end models. Bikes above 150ccs can be pretty rare, meaning that the majority of riders get around on relatively compact vehicles.

Honda is the indisputably most popular brand in Vietnam, with compact Honda motorbikes accounting for more and more of the overall bikes every year. Those looking for some extra savings and adrenaline though have the option to hop on old Soviet Minsk bikes. It goes without saying that already stressful roads get all the more exciting when you're on top of some Soviet Union engineering that has rather abstract ideas about what braking entails.

Beyond bike models, there's one thing even more unifying about the bikes there: their ability to carry massive amounts of cargo. 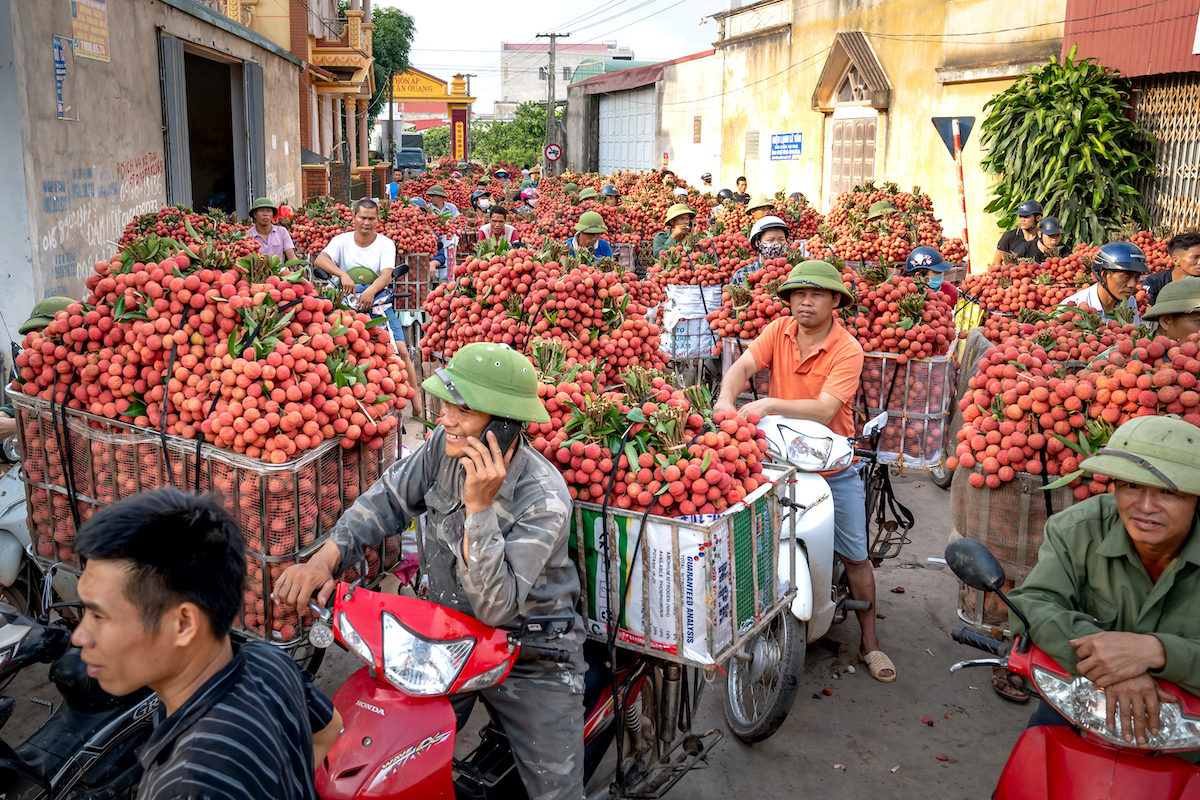 Driving a motorbike in Vietnam means dealing with full storefronts worth of merchandise veering through the lanes around you. Everything from toilets to bricks, to full families, to livestock, have been photographed strapped to motorbikes by travel bloggers. Yes, even kitchen sinks.

As you can see, riding in Vietnam isn't for the faint of heart. Despite (or perhaps, because of) the intensity, Vietnam has become a go-to destination for motorbike enthusiasts. Countless trails and tours run the full length of the country and offer a chance to experience the tropical country's unique culture entirely from the back of a motorcycle. This means that if you're looking for a vacation destination that will give you plenty of stories and indulge your love for motorbikes, then Vietnam could be worth checking out!