Mole Hill may be unknown to most of Virginia—but not in the Shenandoah Valley, where instead, the mystery of the young volcano sparks curiosity.

The privately-owned volcanic landmark known as Mole Hill—just two and a half miles west of Harrisonburg— happens to be one of the youngest volcanoes in the eastern United States. Geologists hypothesize the age of Mole Hill to be about 48 million years old.

(And get this: The actual youngest volcano, Trimble Knob, happens to be in Virginia, too!)

First, let's prove it's a volcano.

The landmark visitors see today shows remnants of the cool magma column. Researchers say it eroded at a slower pace than the sedimentary rock around it. Many of the rocks on Mole Hill still share its volcanic story with a hexagonal shape, which is a clear indicator of magma cooling from the outside in.

But what geologists truly grapple with is the mystery of Mole Hill.

What geologists really want to do is go inside and study the rock, but we can't do that. The mantle runs really deep, and we can't just go and dig a hole inside the earth. But, for the sake of this article, we can focus on what we do know: We know the surrounding rock dates back 450 million years, while Mole Hill itself is only 48 million years old. Also, Mole Hill is comprised of igneous rock, including crystals found in the rock pushed up from the surface from the mantle, which keeps geologists coming back to try to understand more.

Most geologists no longer question whether Mole Hill will erupt again. Its last and only volcanic eruption (as far as anyone can tell) was 48 million years ago—a common lifecycle for a volcano. Based on the repose interval between eruptions, the subjective subject of extinction has been put to rest. Like anything, there is a slew of variables that go into this hypothesis, and still, some people say that Mole Hill may erupt again, just not in our lifetime.

Why is it here and how did it get here?

That's the big question. Truth be told, Mole Hill is unique. The creation of a volcano is like the creation of the perfect storm. You need specific conditions for tectonic plates within the earth to be pushed together or pulled apart for volcanos to be created and for hot magma to rise and fill the spaces between.

Now here is the kicker: The nearest tectonic plate, from what we know, is located in the middle of the Atlantic. 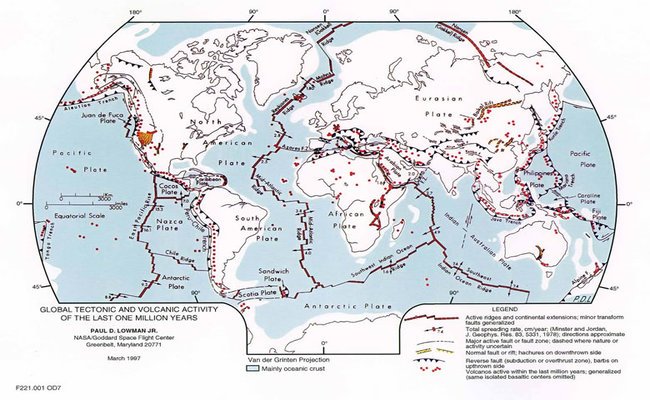 So we have to wonder: How have the earth's tectonic plates shifted so drastically in 50 million years (which in geological times is a blink of an eye)? And, most importantly, why or how did two volcanos get created in similar areas in Virginia?

It's a wonder to ponder for sure. And it doesn't only spark geological curiosity, but beautiful hiking trails.

PHOTOS: A House in the UK, Abandoned 40 Years Ago, Is Now Up for Auction—And It's Basically a Time Capsule