The Five Keys were from Newport News, Virginia.

Welcome to Weird Facts of The 757 where we tell all the weird and cool things that happened in the area. Tune in every Friday for a new weird fact about Hampton Roads!

Let us set the stage: It is late in the 1940s in Newport News, Virginia, and two sets of brothers find friendship in singing sweet songs for their neighbors and friends. These boys are the Ingrams (Ripley and Raphael) and the Wests (Rudy and Bernie). They formed the band under the name The Sentimental Four, but as life would have it, one of the Ingram brothers had to leave the band. Maryland Pierce and Thomas "Dickie" Threatt auditioned for this rhythm and blues band and replaced Ingram. This was when they realized "The Sentimental Four" had to be changed, and they all decided on "The Five Keys."

In 1951, The Five Keys were signed to Aladdin Records. In 1952, Rudy West left the band to join the United States Army. Ulysses K. Hicks replaced Rudy but perished from a heart attack three years later. Rudy came back around the time Hicks passed away and was asked to come back to the Five Keys. 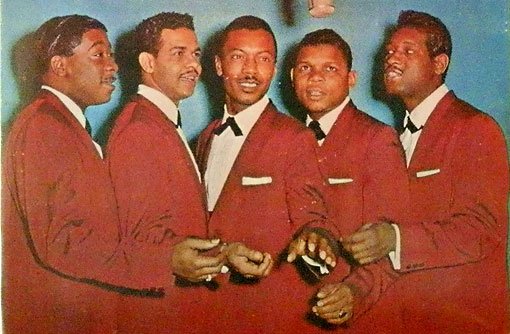