Does Virginia Beach have its own Mount Rushmore?

Welcome to Weird History of the 757 where we explore all the weird and cool things that have happened in the area. Tune in every week for a new weird fact about Hampton Roads!

Today we'll be exploring a Virginia Beach city project that started over 60 years ago, and this one's quite interesting. Mount Trashmore, the 60-foot-tall city park, was originally a landfill. Say, what? 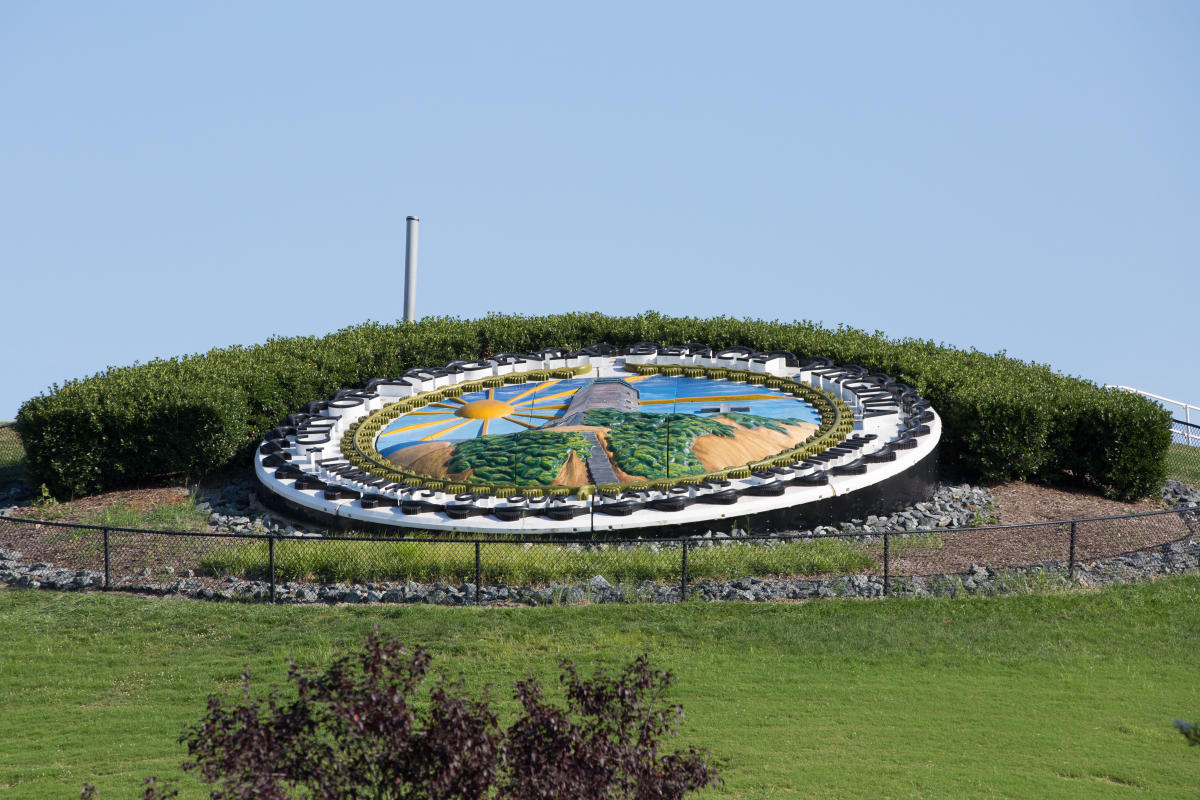 The city of Virginia Beach sits on a water table. Less than 10 feet of soil can be dug up before the water table is hit. This makes it impossible to bury the trash created by the citizens.

More than half a century ago, the trash started piling up, and there was nowhere for it to go. Back then, the city had an open trench where they funneled trash -- and nearly $80,000 a year. In the 1960s, city officials of the Virginia Department of Health, Insect, and Vector Control were assigned the job of finding a cheaper solution to the trash problem.

Now for a Little History:

Roland E. Dorer, the director of the Virginia Department of Health at the time, came up with the plan of building what is now Mount Trashmore, instead of continuing to create a money pit. He did not want just a random hill in the city. Rather, the park would be equipped with shelters for gatherings, an amphitheater, trails, and playgrounds so that there would be a nice place for the residents to congregate.

There are also seepage points around Mount Trashmore to avoid gas build-up of the trash underneath and to keep the Virginia Beach residents safe. I'm guessing the guy behind the April Fools-Hampton Roads hoax of 1992 did not know this before they told everyone that it was ready to explode at any time. Here is a link to the story behind that panicked day. What's With the Name?

Mount Trashmore was not named by Dorer. The name started out as a joke among the local residents, and it grew before the city officials could do anything to stop it. There were many that wanted a name change, but the name Mount Trashmore just stuck to it like glue.

So next time you find yourself in the area looking for a place to have a picnic, look no further. Head on up to Mount Trashmore and enjoy the luxurious views and many amenities of Mount Trashmore Park, and think of all the hard work and history (and, um, trash?) beneath your feet.

Have you been to Mount Trashmore recently? Do you think the name should have been changed? What other weird facts about "The 757" do you want us to explore? Tell us in the comments!