Weird Facts of The 757: Norfolk Is Hometown to This Famous Boxer

Weird Facts of The 757: Norfolk Is Hometown to This Famous Boxer

Norfolk has its own internationally ranked boxer.

Yes, you read that right. Welcome to Weird Facts of The 757 where we tell all the weird and cool things that have happened in the area. Tune in every week for a new weird fact about Hampton Roads!

On January 2, 1964, Pernell "Sweet Pea" Whitaker was born in Norfolk, Virginia. When he was 9 years old, he began his amateur boxing career and won 201 of 214 fights. 91 of those fights were knockouts. Of his losses, he was defeated by two-time Olympic Gold medalist Angel Herrera Veal in 1982 but came back to beat him on four other separate occasions.

He went on to start his professional career, defeating Alfredo Layne (December 1986), the former world champion, and Roger Mayweather (March 1987), the title holder of WBC Light Welterweight and Super Featherweight, within six months of each other. Whitaker won both of these fights in his hometown at the Norfolk Scope, within walking distance of his childhood home. Sweet Pea would go on to fight nearly 10 times at the Norfolk Scope arena in his career. 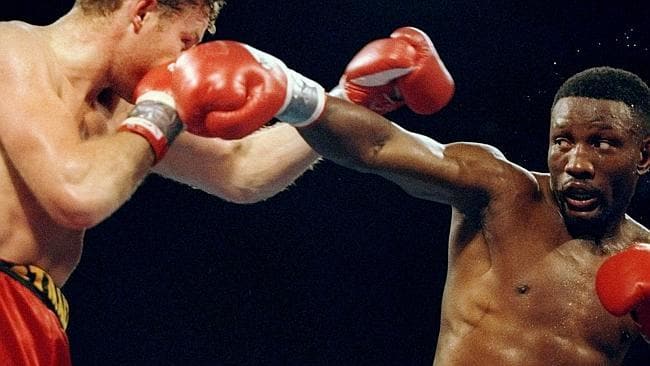 When Whitaker was young, he was known to friends and family as "Pete," so in the arena, the crowd began calling him "Sweet Pete." Due to a mishearing from a local sportswriter, the local newspaper called Whitaker "Sweet Pea," and the nickname stuck like glue.

Sweet Pea is known as a Southpaw fighter, someone who is fantastic at defense and has a strong counterpunch style. He was known for being elusive, and his opponents struggled to land a solid punch in the ring.

Parnell got married in 1985 to Rovanda Anthony; they had four children together Dominique, Dantavious, Devon, and the late Parnell Junior. Parnell also had a child from a previous relationship, Tiara, his daughter. 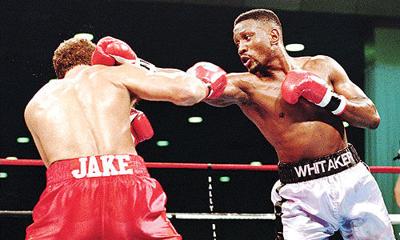 Throughout his professional boxing career, Sweet Pea Whitaker had 46 fights. Out of those 46, 40 of them were wins and four of them were losses. He won by knockout 17 times and by decision 23 times. He was only knocked out once in his professional career. There was also only one draw in his 46 fights, and one that was a no contest.

He fought fighters like Oscar De La Hoya and Felix Trinidad, competed in four different weight classes, and won three medals in the Olympic Games, the Pan American Games, and the World Championships before he retired to become a boxing trainer. He still resides in Norfolk and helps the future boxers perfect their craft.

Who are your favorite athletes? Do you know someone famous from Hampton Roads? What are other weird facts about "The 757" that you want us to explore? Tell us in the comments.