Sometimes all we need is a big heart and a little help from our friends.

Marlys Halbeisen wanted to make the holidays a little merrier and brighter for our troops who are stationed overseas. She had the perfect project—sending holiday cards to our military members stationed across the world. But, after collecting 18,000 holiday cards, which each included a heartfelt, handwritten message, she found herself at a loss as to how to get them shipped and in the hands of our friends and family in the military.

According to a Facebook fundraising page set up for the project, Marlys donated 2,600 cards last year to the program, A Million Thanks, and immediately offered to collect 10,000 cards for this holiday season. She recruited friends of her Red Hat group, the grange she belongs to, and many more to help gather cards, write greetings, and send holiday cheer to military members across the world.

Marlys and friends began buying cards immediately after last Christmas and started right in on the work.

"My favorite pastime in the evening is to sit and watch a Hallmark movie and write cards to heroes," she told CBS4 Denver.

"All of the cards she has have personal handwritten letters inside and are addressed Dear Hero, thanking them for their service and telling them a little about who they are. She got the idea...to do this because she remembered the stories of her late husband (who passed away from Alzheimer's in 2014) being stationed in Germany in the Korean War and being so lonely during the holidays. So, she wanted to try and make a difference for anyone feeling that same way," said Marlys' daughter-in-law Tamera Halbeisen on the fundraising Facebook page.

Unfortunately, the project hit a snag. A Million Thanks would not take the cards, so Marlys and her helpers had to scramble to find someone to help deliver them to their intended recipients. Luckily, they found the organization United States Soldiers and Sailors of America (USASOA), who was thrilled to send all the cards overseas to our military. The organization is a nonprofit and found that it needed to raise money to ship the cards to their destination.

It was a happy ending for the wonderful woman who put this all together. According to her daughter-in-law, Marlys was very down after A Million Thanks would not take the cards and was at a loss for what to do.

"She is always helping others in the community with volunteering, helping others in need as she drives and helps most of her senior group. She even received the Jefferson County Senior Hero Award for her community work in 2017. This time she is the one in need of our help," Tamera wrote. 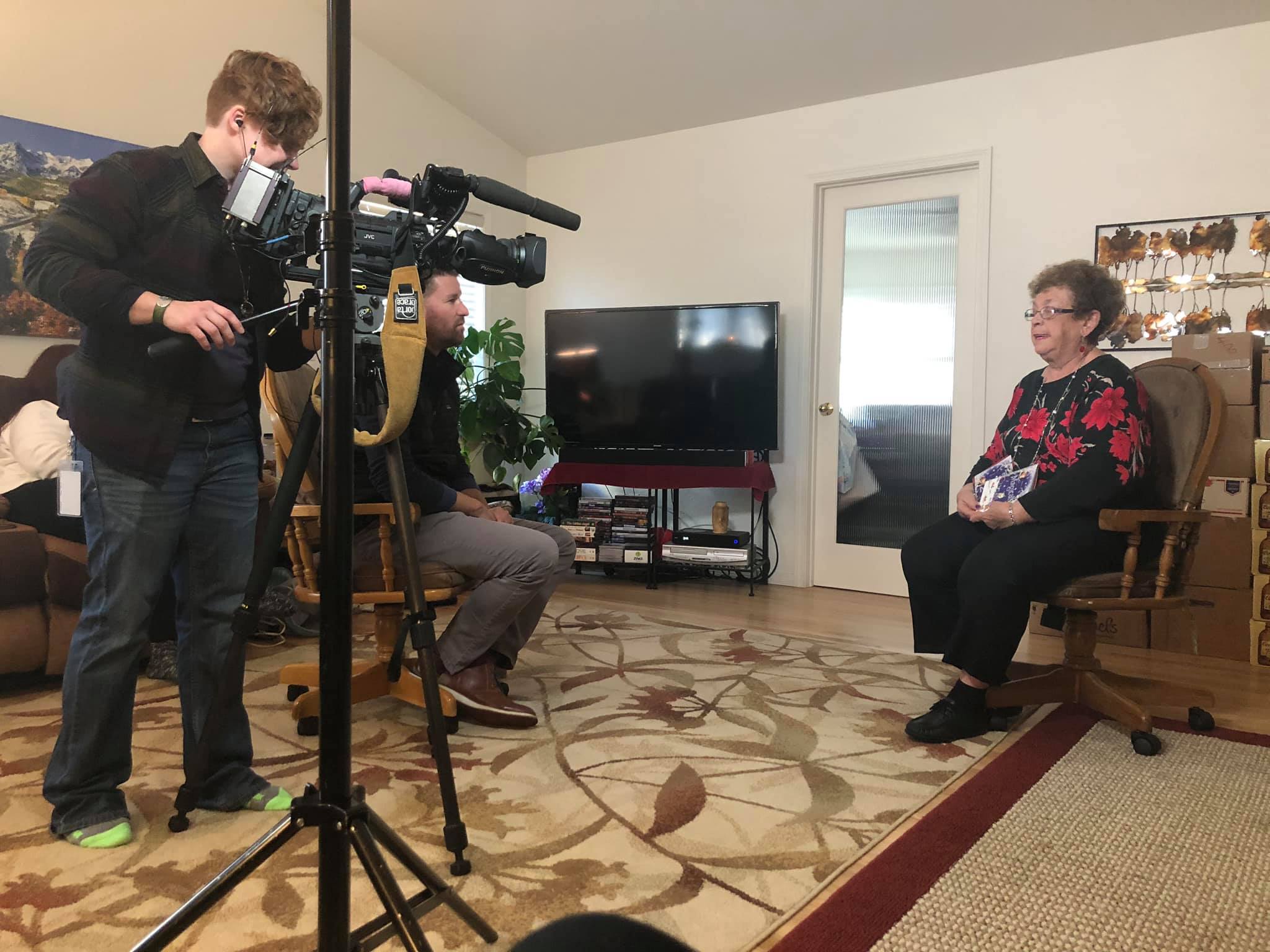 Marlys got the word out on two major Denver channels, and support started pouring in. Courtesy of Tamera Halbeisen (Facebook).

And, boy, did the public step up! After seeing her plight on local news, so many people helped this amazing woman fulfill her goal and bring some smiles to our soldiers' faces. Around 35 boxes of personalized cards, totaling 600 pounds, needed to be shipped in time for Christmas, and the project was able to raise $1,700 to make that happen!

"We can not thank everyone enough for all your support, time-sharing and donating. We reached our goal!!! The kindness we have gotten from absolutely everyone has been overwhelmingly positive. It truly has been a wonderful experience to see the generosity in people over the last not even 24 hours we are very blessed.

While the fundraiser is over, you can follow the Facebook fundraising page to get updates on the next steps to getting the Christmas cards overseas.

Congratulations to Marlys and all who helped her in her quest to brighten someone's day just a bit. And thank you for reminding us of what this season is all about.