You Can Own a Lock of Abraham Lincoln's Hair

You Can Own a Lock of Abraham Lincoln's Hair

Anyone in the market for a lock of Abraham Lincoln's hair? That, along with a bloodstained telegram announcing his assassination, has been listed for sale.

RR Auction, an auction house out of Boston, has the lock of hair listed in an online auction. Starting bids must be a minimum of $10,000, but the auction house is expected to get about $75,000—if not, more—when all is said and done.

The lock of hair measures about two inches long, and was “clipped from the President’s left temple” during a postmortem exam after he was shot. The strands were bloody and wrapped in an 1865 telegram, given to Dr. Lyman Beecher Todd, a postmaster, and cousin of Mary Todd Lincoln, Abraham Lincolns’ widow.

There are slightly varying versions of the story as to how Dr. Todd came into possession of the lock of hair; one story says it was given to him by the doctor performing the autopsy, a later account from Dr. Todd states that he himself cut the lock of hair. It was done to preserve some for the president’s widow, and Dr. Todd kept one for himself to safeguard as a “sacred relic. 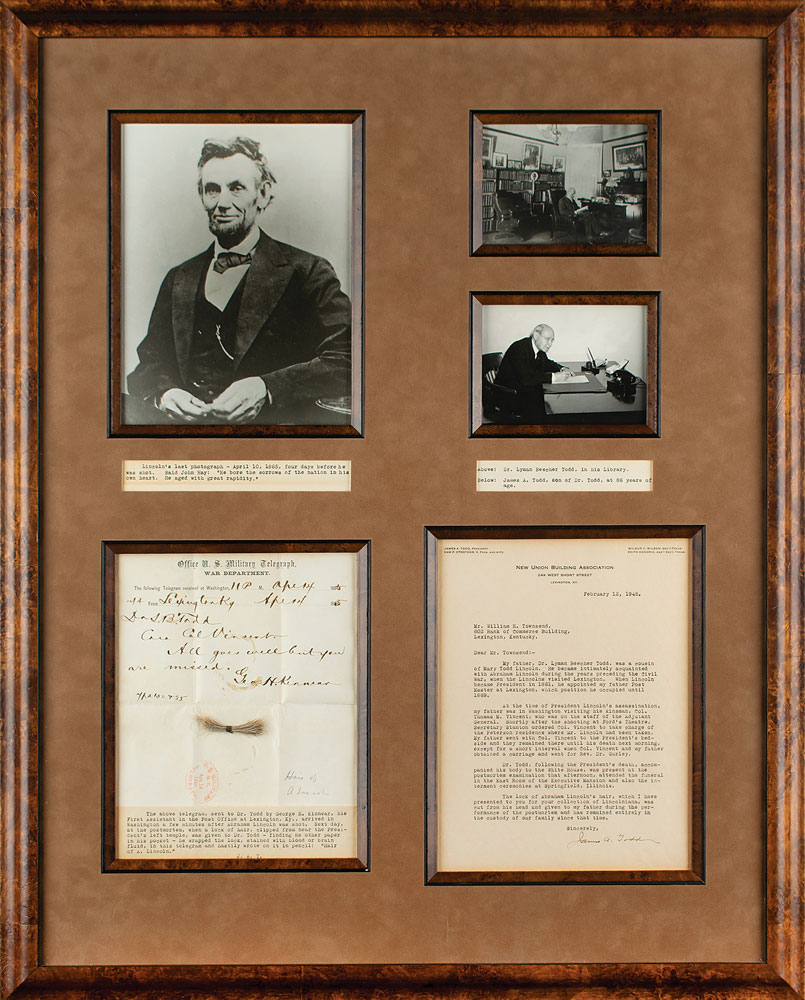 The Official War Department manuscript telegram and the lock of hair are matted and framed next to a letter from James A. Todd, Beecher Todd’s son, and some photographs.

A typed caption to the telegram, prepared by Dr. Todd's son reads, in part:

"The above telegram…arrived in Washington a few minutes after Abraham Lincoln was shot. Next day, at the postmortem, when a lock of hair, clipped from near the President's left temple, was given to Dr. Todd—finding no other paper in his pocket—he wrapped the lock, stained with blood or brain fluid, in this telegram and hastily wrote on it in pencil: 'Hair of A. Lincoln.'"

The live auction will take place on September 12 in New Hampshire. "Lot 3013, Abraham Lincoln Lock of Hair and 'Bloody' Assassination Telegram" has already garnered interest with at least 13 bids, with the highest bid, so far, at $25,941, according to the auction webpage. 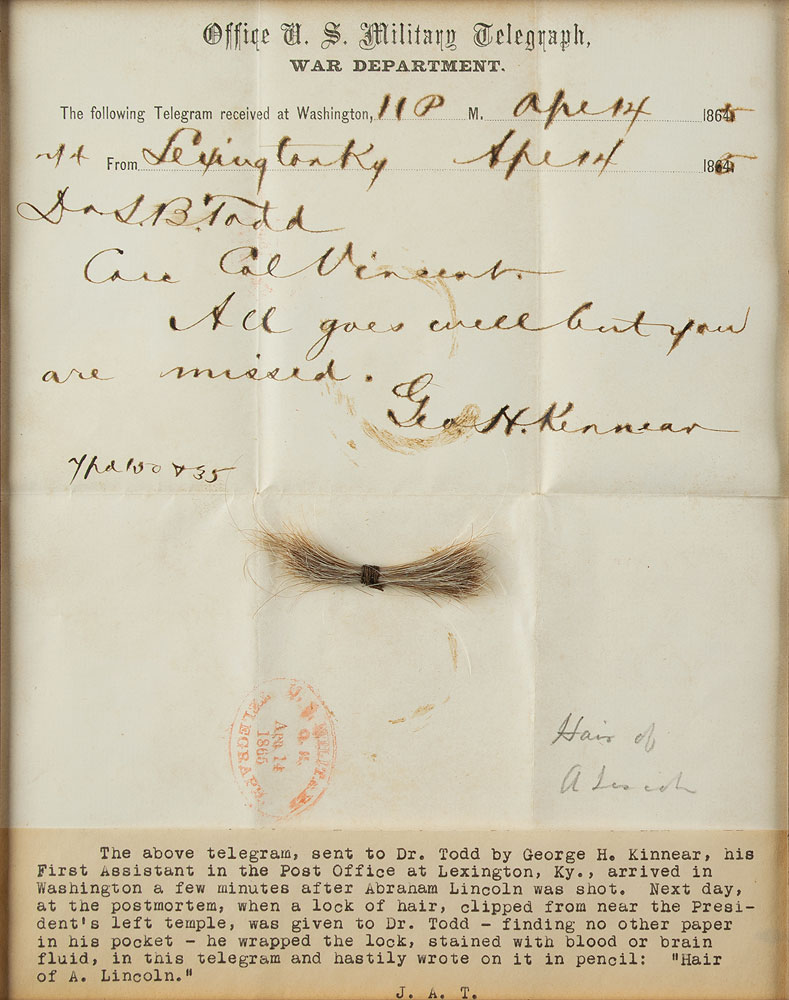 Other locks of Lincolns hair have sold previously; one in 2015 sold for $25,000. History tells us that several locks of hair were taken from the president’s head after his death—some are on display in museums while others are kept in private collections.

Would you spend $75,000 on a lock of Abraham Lincoln's hair? It would certainly be a great coffee table conversation piece. Let us know what you think about this not-so-ordinary auction item in the comments below.

All images courtesy of RR Auction.