The limited-edition doll retails for $50.

Mattel launched the Elton John Barbie doll on its website last Thursday. The limited-edition doll, which retails at $50, is described on the toy company's website as "a bold collaboration that personifies two cultural icons, and honors the extraordinary artistry and musicianship of a stellar performer!" Rather than resembling the singer, the doll is instead a classic Barbie model inspired by him. 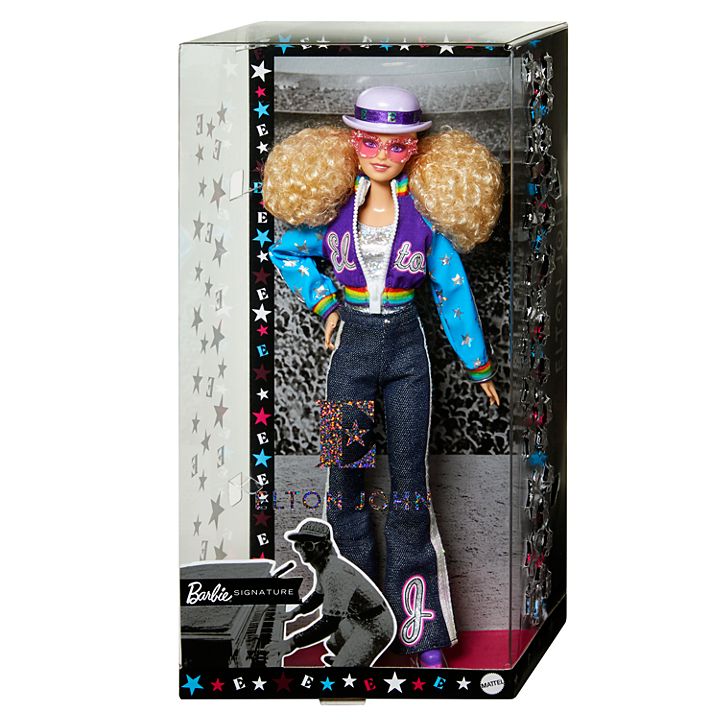 The doll's appearance is modeled off the singer's legendary 1975 concert at Dodger Stadium, a two-day event that became the biggest concert ever performed by a single artist at the time, drawing over 100,000 people.

In an interview with Rolling Stone Sunday, John praised the collaboration, which he was involved in from its inception to the final product.

“Barbie is an icon in her own right, so having her pay tribute to my work and personal style is a real honor,” John said. “I hope that she inspires fans everywhere to fearlessly pursue their own dreams and limitless potential.”

Fans can add the Gold Label Barbie to their collection now, though Mattel's website currently has them on pre-order through November 9. The doll can also be bought on Walmart's website (and a copy of Goodbye Yellow Brick Road while you're at it). And with the holiday season on the horizon, we think this would make the perfect gift for the Elton fan in your life—or yourself!

Any fans interested in buying this? Let us know in the comments, along with your favorite Elton John song!