What can we say? People just really love themselves some Fleetwood Mac.

The internet is abuzz after a TikTok video featuring a man chugging cranberry juice while skateboarding to the Fleetwood Mac song "Dreams" went viral. And after garnering thousands of likes and retweets, the video has propelled the 1970s pop song back to the top of the charts.

But back in 2018—when “coronavirus” sounded like a lame beer joke—"Dreams" had a similar moment in the spotlight. 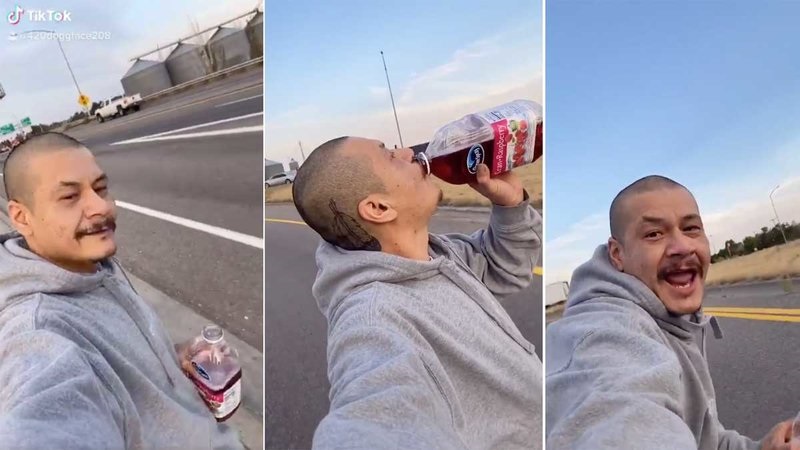 For those of you who don’t have the ability to recall memes from 2018 (100 years ago, in internet years), this is video of Alcorn State’ University's color guard dancing, with the hit song from the Fleetwood Mac album, Rumours, dubbed over the original audio.

Don’t feel bad if you forgot about this.  And just as Dreams is shooting up the charts now, the song enjoyed a similar resurgence in 2018, peaking at 20 on Billboard’s rock music chart. Now, of course, that charting performance pales to the success Doggface208’s ultra-chill video has earned for Fleetwood Mac.  During the week of October 1, the song was #1 on the Billboard Hot 100 with an impressive 8.47 million streams. But we don't think Stevie Nicks is upset about any of the publicity.

Along with showing that nothing ever truly changes, the fact that "Dreams" went viral two times in two years shows just how incredible of a song it is. So, do yourself a favor and after listening to "Dreams" again it’s only right that you should play the rest of Fleetwood Mac’s 1977 hit record. It has at least three other songs you have definitely heard before.

Give us your best guess in the comments as to how "Dreams" will go viral in 2022!