A Virginia resident takes us to church with powerhouse vocals!

So Harris tried out for a second time in February 2020 at Tyler Perry's studio in Atlanta, this time landing a spot in the top 20. His hometown was so excited to have an Emporia native on the show that they even threw him his own parade where he performed live songs.

Season 10 of BET's Sunday Best features some of the biggest names in gospel music on the coaching and judging panel, including the talented Kirk Franklin, Grammy-winning Erica Campbell, and Grammy-nominated artists Jonathan McReynolds and Kelly Price. Over the course of the season, Harris's vocals wowed the judges and earned him high remarks.

Can I just say that #MarquisHarris aint neva scurrd! How in the world do you sing Darryl Coley and Whitney Houston and kill it!!! Kudos sir! @BETSundayBest

Harris impressed the judges week after week, ultimately earning him a spot in the Top 5 of Season 10. After elimination, Harris thanked the contestants, judges, and his fans in a Facebook post stating, "Everytime I would perform seemed like a closer view towards my dream." 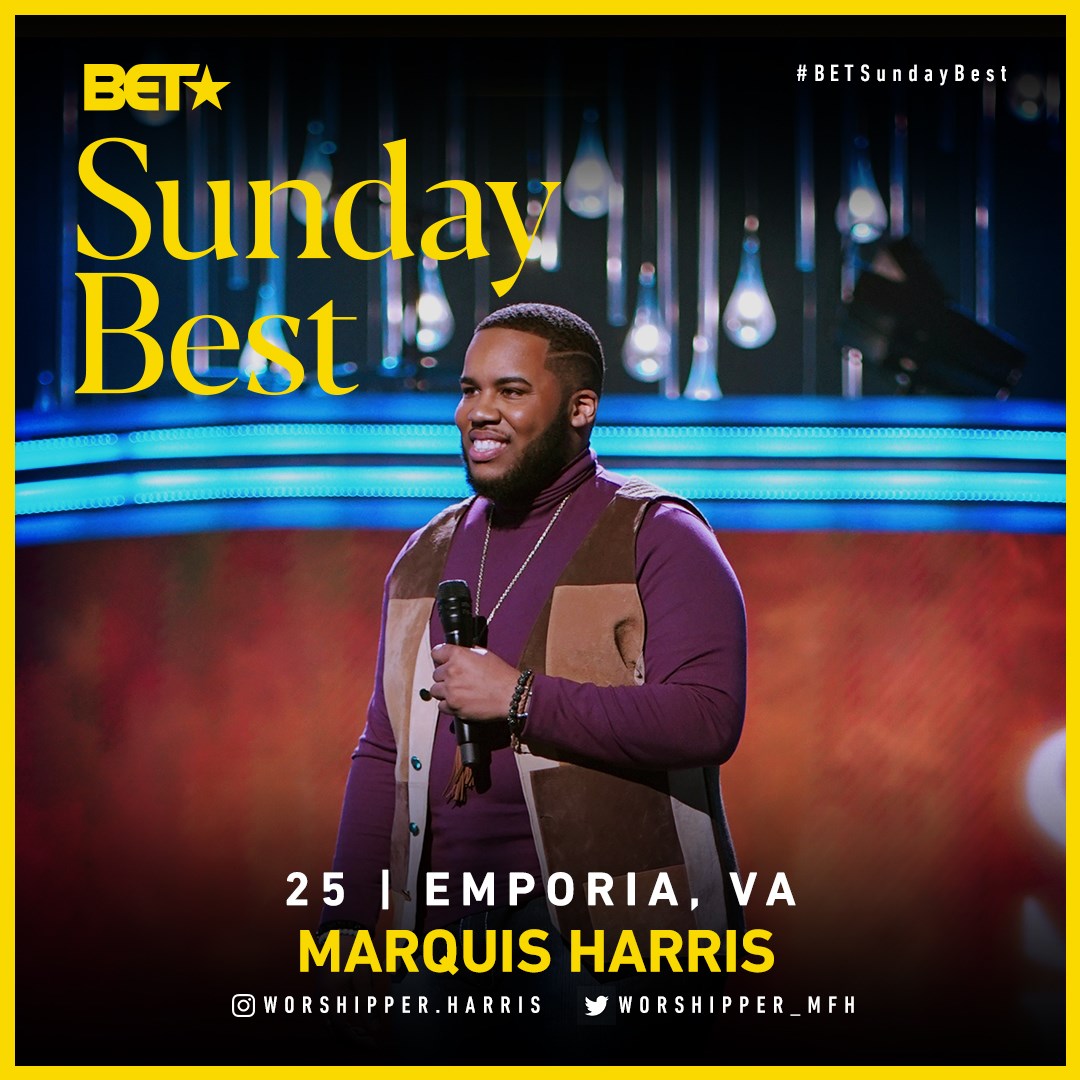 What song would you want to hear MarQuis Harris cover? Let us know in the comments below!