Colorado Beer Sales Have Already Seen a Record Increase in 2019

Colorado Beer Sales Have Already Seen a Record Increase in 2019

All across Colorado grocery stores and gas stations have started selling full-strength beer and the effects are noticeable.

January 1, 2019, was a momentous day for Colorado. And that's because the start of the new year was also the end to 3.2 percent beer being sold in grocery stores and gas stations. No longer do people have to go into a liquor store for full-strength beer. This was a big move considering that for decades only liquor stores could carry it. When the change was announced many people speculated about how big of an effect it would have, if any.

While many thought this change would lead to increased business opportunities because of the demand, others predicted an increase in competition which would hurt smaller brewers in the long run. Although it's still too early to confidently say one way or the other, the first official numbers regarding the effects have been released, and they're pretty impressive.

According to a Colorado Public Radio report, the state Department of Revenue taxed 9.8 million gallons of beer in January 2019 alone. That's a 1.6 million jump up from January of 2018! It appears that businesses are reaping the rewards because of the switch from 3.2 to full strength, but according to the Colorado Brewers Guild, it is too soon to predict the overall market effect. 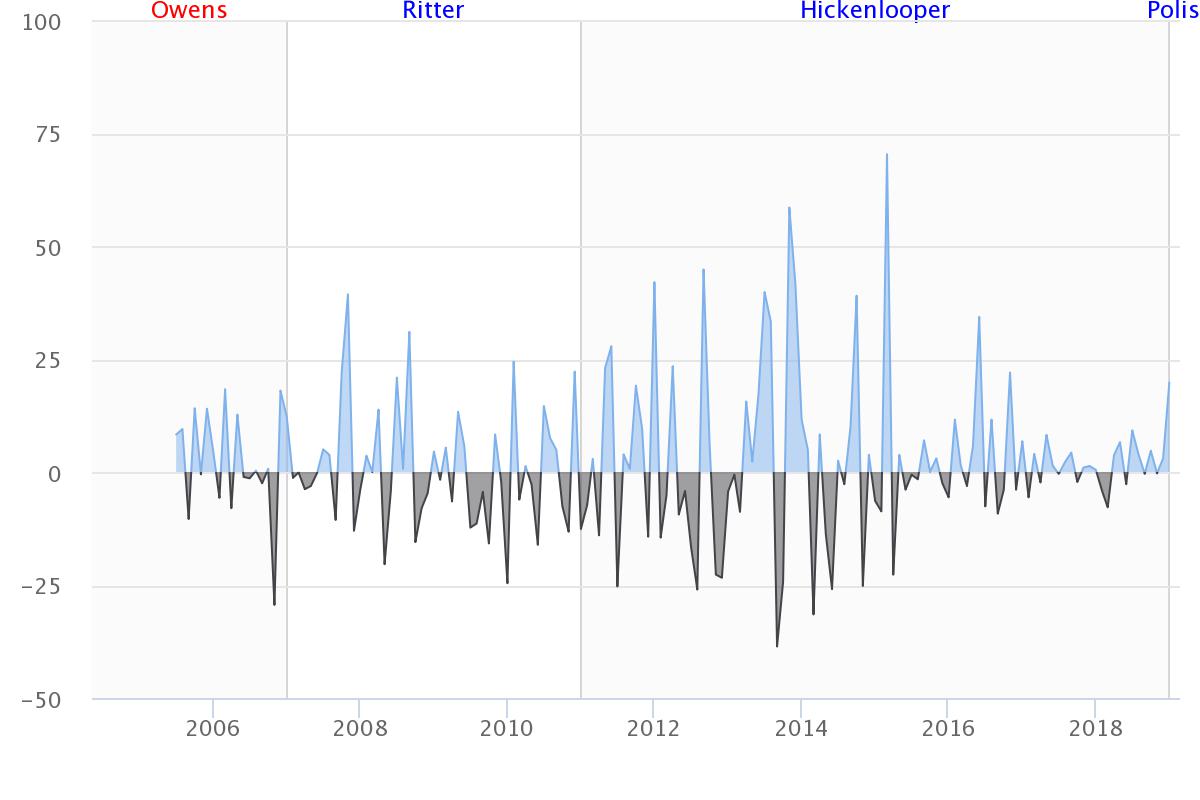 Year-over-year change in beer sales. (Courtesy of Colorado Department of Revenue via CPR.org.)

One thing is for sure, though, Coloradans are definitely loving the change.

What do you think of the change to have full-strength beer sold in grocery stores? Do you think we'll see an even bigger increase once the year ends? Sound off in the comments section below.

Tired of Working From Home? Barbados Offering Non-Residents to Live, Work Remotely for a Year