The new store is expected to open later this summer.

The three-story flagship location will have hundreds of Harry Potter and Fantastic Beasts items, including store-exclusive products.

"This will be the largest dedicated Harry Potter store in the world and will become a must-visit fan destination where Harry Potter enthusiasts can engage with interactive experiences and numerous photo opportunities as they step into the magic,” said Sarah Roots, SVP Worldwide Tours and Retail, Warner Bros.

Fans can buy a variety of branded products, like personalized wizard robes, flavor beans, and brand new, never-seen-before magic wands. No word if Butter Beer will be on tap. Harry Potter fans can currently purchase items online at HarryPotterShop.com, at stores in theme parks, and from various department and big-box retailers. The new store promises to be the ultimate shopping destination for Potter fans. 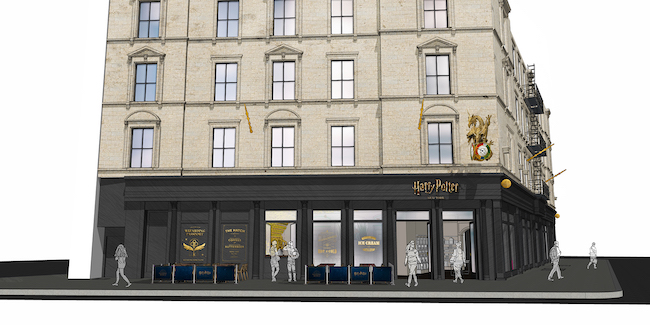 Harry Potter and the Wizarding World are based on the popular series of books written by J.K. Rowling. The first novel in the series, Harry Potter and the Sorcerer's Stone, was written in 1997 and is still consistently on the New York Times Best Seller’s List. The book series has spawned several movies as well as Wizarding World attractions at Universal Studios theme parks around the world.

What is the most unique Harry Potter product you’ve bought over the years? Would you make a special trip to New York City just to shop at the new Harry Potter store? Tell us in the comments!

Slack Suffers From Global Outage: What You Need to Know