These entrepreneurs (aka "the little sistas"!) are just 9 and 11 years old.

With time on their hands in the midst of a global pandemic, a pair of young sisters in Highlands Ranch, Colorado, were inspired to finally launch the dream business that had been percolating in their minds ever since the younger sister, Char'Les, was just a preschooler.

"It started while I was 4 years old, and I was writing down plans for an ice cream truck," Char'Les, 9, told OCN. "I told my sister we could do the business together. And then our mom, when we got older, said, 'Do you still want to do that business?' I'm like, 'Yes, we do.' And then she just made it come true."

Except, now that they're 9 and 11, Char'Les and older sister Zyaire have a more developed sense of taste and decided on a business called Little Sistas Treats, which is centered around cheesecake cones—cones stuffed with cheesecake (instead of ice cream) and then drizzled and decorated and topped off with a variety of flavors. Plus, because it's not ice cream, there's no danger of melting. 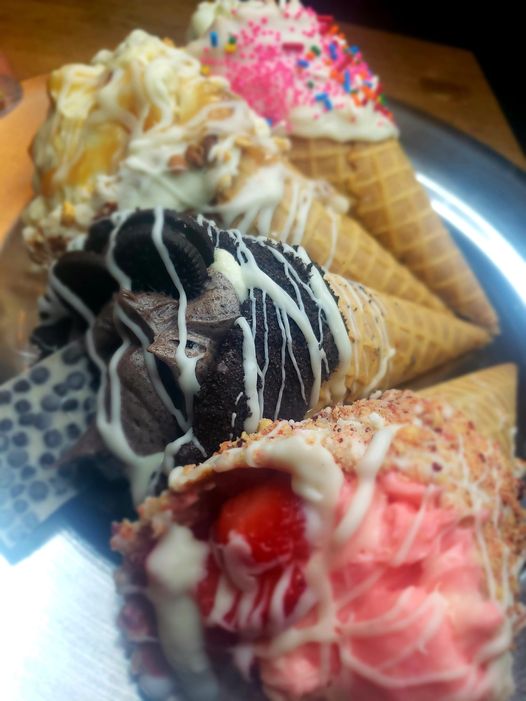 Flavors include Oreo, mint, birthday cake, cotton candy, strawberry, peach, apple, and blueberry, with fall flavors like pumpkin spice and hot chocolate in the works. And the duo has a ton of fun inventing flavors in their practice kitchen.

"The Hot Cheetos one's not out yet," Zyaire said, "but I'm just going to say it. I decided this: I said, 'We should make a Hot Cheetos cone."

"And our mom's like 'Okay,'" Char'Les chimed in. "So we got some chocolate, and we bought some Hot Cheetos and we started making the cone."

"The chocolate is dark chocolate, so it just tastes better," Zyaire explained. 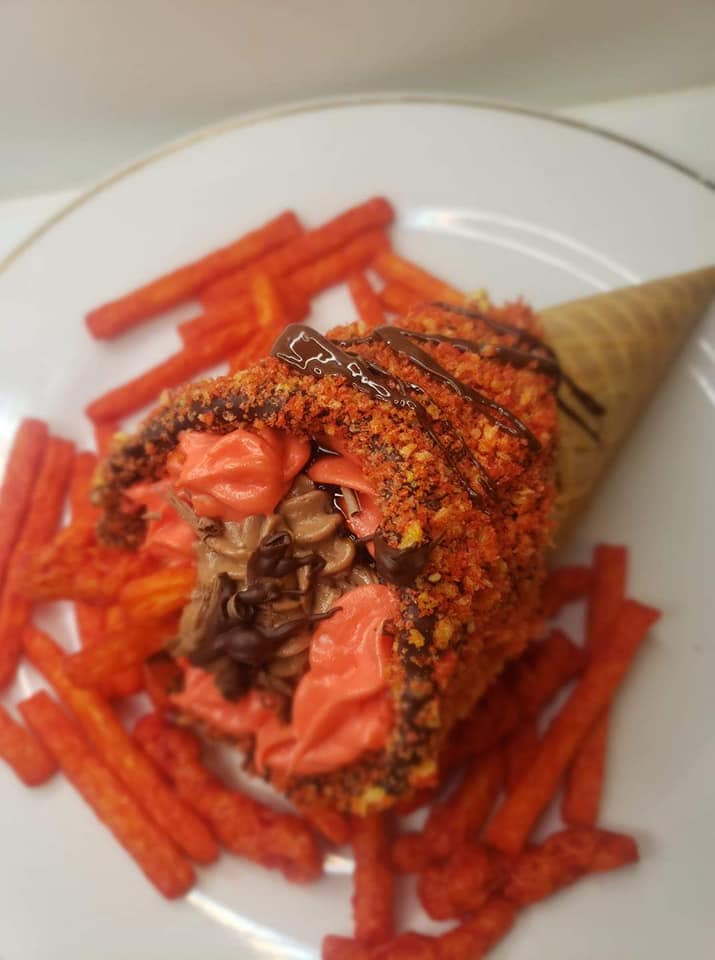 To help the girls get their business off the ground, Sugar Sisters Bakery in Castle Rock gave them $1,000 of the donations they'd received from the community to keep their own business running during COVID. Since then, Zyaire and Char'Les have made a total of 700 cheesecake cones for various organizations and companies that have ordered the treats for events, and they are even working with a marketing company to help them nail down a logo and branding. 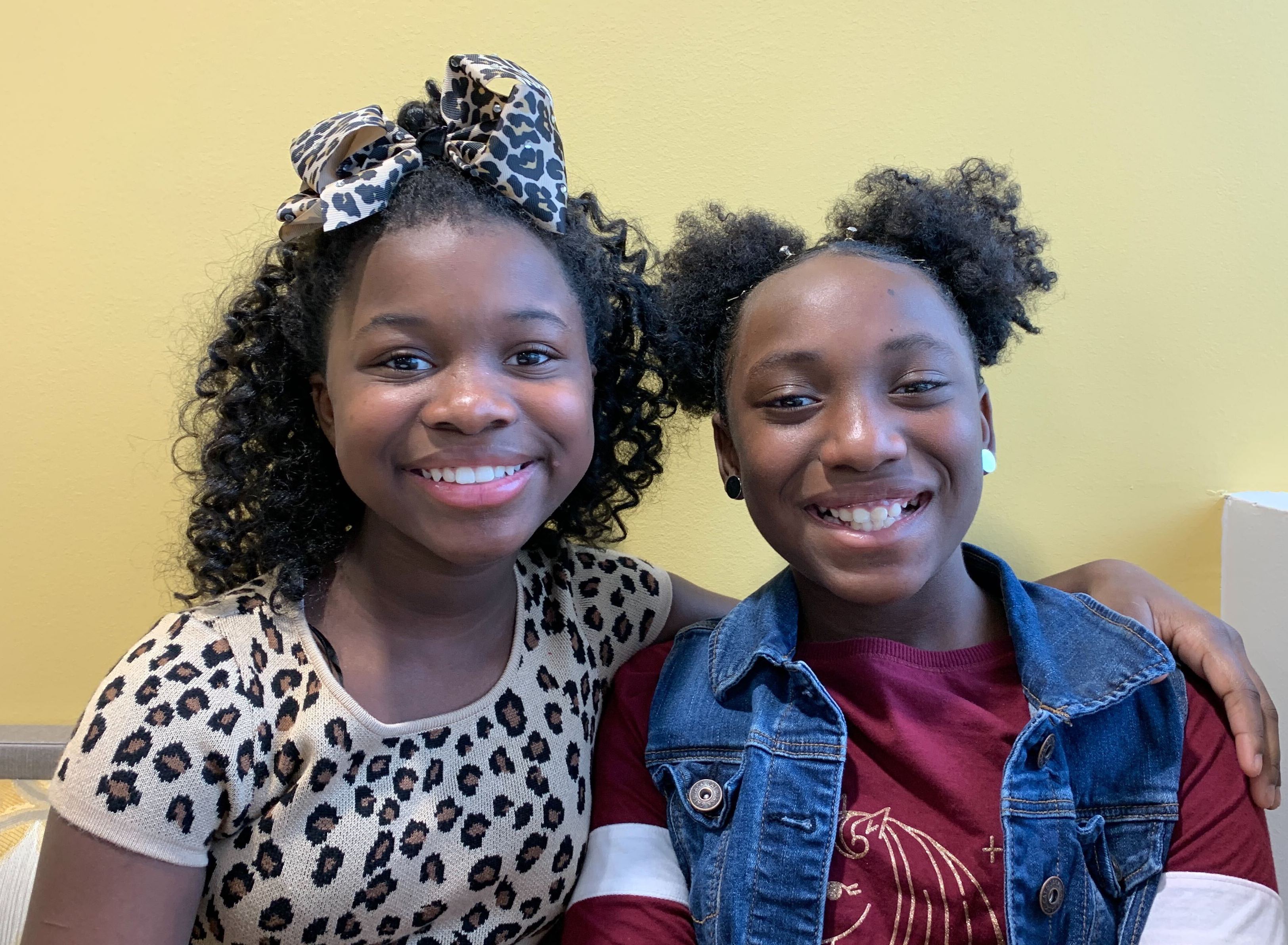 In addition, Little Sistas Treats has garnered a lot of attention over the past few weeks, appearing on KMGH Channel 7, ABC's World News Tonight with David Muir, and even Good Morning America. They've heard from other girls across the nation who have been inspired to start their own businesses because of them, and they're dedicated to serving the community and donating treats to organizations like Safe Zone when they can.

That might seem like a lot for girls their age to deal with, but their mom Marietta said it's all about learning.

"I'm not one to put limits on my kids; I don't want them to be limited just because they're children," she explained. "So as big as they can dream, I think it's my job as a parent to help them fulfill those dreams the best that I can with what I have. It's important to say 'yes' every once in awhile. My 'yes' to this was because it was COVID-19, and this was like school. This was the greatest way for them to actally learn hands-on. You can learn about business, company, profit, inventory, how to check things, what flavors work—all these things they're learning is learning. Life 101." 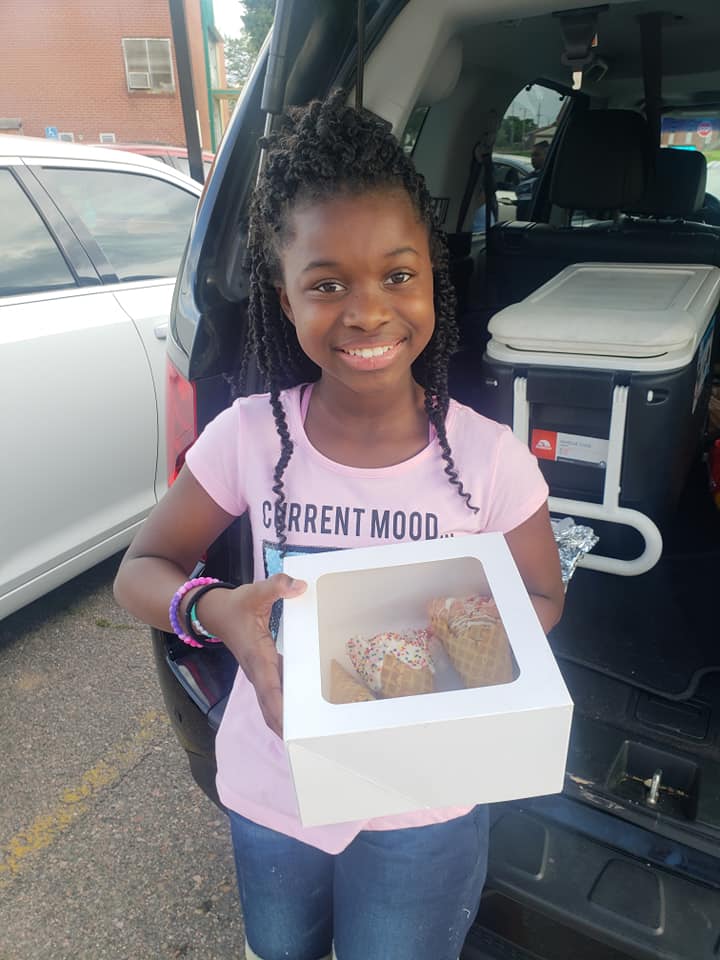 Zyaire with a delivery of cheesecake cones, courtesy of Facebook

Now that school's started back up (the girls' school district is currently doing a hybrid model with in-person learning two days a week), they sometimes find themselves working late into the evening to fill an order.

"Overnight, we make all the cones," Zyaire told us. "Sometimes we don't finish if we get tired, so we make the rest in daytime."

"But if it's possible for us, we would be able to make 100 cones in a day," Char'Les explained.

So what's next for Little Sistas Treats?

Zyaire says they'd like to get a factory so they can mass-produce and ship their creations nationwide. But it takes time to build a profit (It takes money to make money, they told us), and that could still be a long way off.

Longterm, however, Zyaire'd like to become either a doctor or an entrepreneur while Char'Les aspires to someday become a judge in the judicial system.

"I want whatever their dream is for themselves," Marietta said. "I really aspire for the girls to be great, strong, educated women."

With a business like this and a mom like Marietta behind them, it's obvious that Zyaire and Char'Les are well on their way to that goal.

VIDEO: Man Learns He Won a Nobel Prize in the Middle of the Night, Through His Doorbell Camera

Chipotle Now Charges for Tortilla on the Side, and Twitter Ain't Having It!