Zoe Newman is officially the first person to “adopt” the entire herd of 75 wild ponies on Maryland’s Assateague Island, with a little bit of help from her mom.

Assateague Island is 37 miles of beautiful sandy beaches, wildlife, and (of course) the famous wild ponies that inhabit it. Since part of the island is in Maryland and part of it lies in Virginia, the ponies live in two herds and are separated by a fence at the states’ line.

Most people are familiar with the Virginia wild ponies due to the renowned, annual Chincoteague Island Pony Swim and Auction. Each year, during the last week in July, thousands of people gather to watch as the ponies are rounded up and herded across the Assateague Channel to Chincoteague Island for auction and events.

The Maryland part of the island offers a different experience. Great camping sites (which are not available on the Virginia side), hiking, wildlife, bird watching, and of course, observing (from a distance) the beautiful wild ponies of Assateague Island. 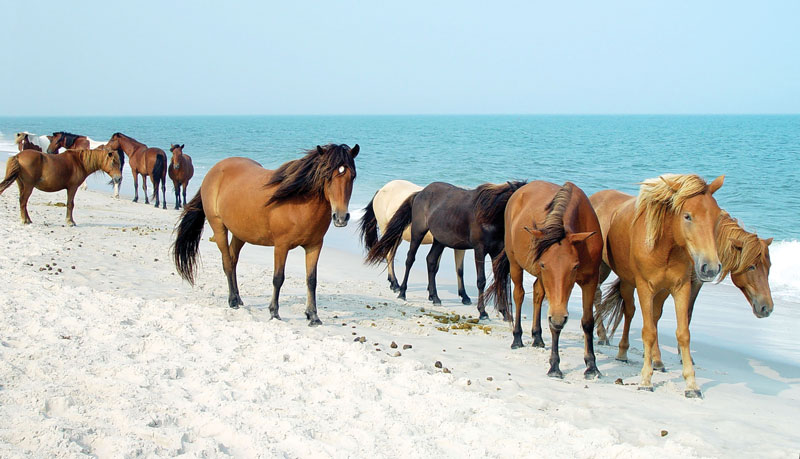 Zoe Newman and her mother Sam started camping at Maryland’s Assateague Island and enjoying the splendor of the area when she was 10 years old. Zoe fell in love, so the mother-daughter duo continues to take every opportunity available to make the three-and-a-half-hour trip from their home in Lexington Park, Maryland, to the Island.

"We love it there," Sam said, according to Delmarva Now."We get up at 4 o'clock in the morning when we’re there, just so we can catch the sunrise. Beautiful doesn’t even describe it.” 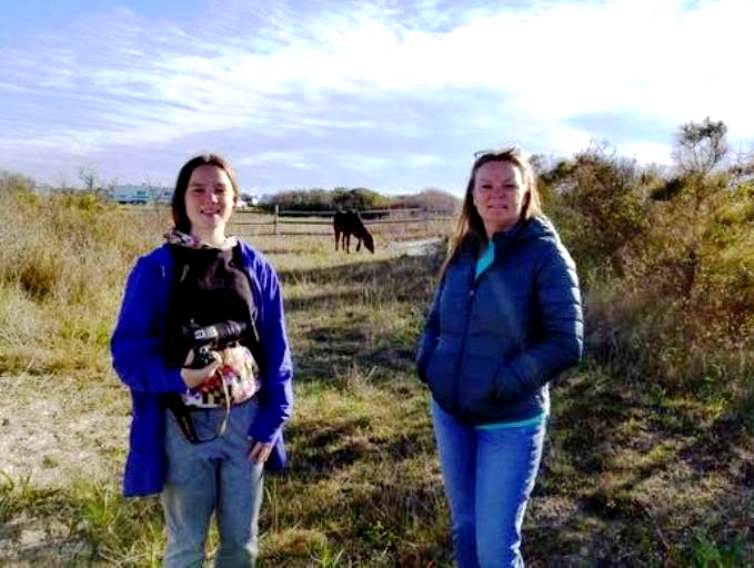 During one of those initial trips, Zoe was compelled to use money she'd saved to foster her first Assateague pony, Annie Laurie, a chestnut pinto.

Zoe and many others have the opportunity to foster these wild ponies through the Foster a Horse program run by the Assateague Island Alliance (AIA). The proceeds from the Foster Horse Program help fund Assateague Island National Seashore’s wild horse management program which "maintains a healthy horse population, and preserves their naturally social behaviors and the island’s ecosystems on which they depend."

In a recent interview, Zoe said, "After I fostered Annie Laurie, I just couldn't stop." Her mother completely supports her daughter’s decision.

Zoe has spent her summers earning money to foster more ponies, and since her first symbolic adoption, Zoe went on to foster 22 more. Then, on October 14, Sam and Zoe visited where Sam surprised her daughter with enough money to foster the remaining 53 ponies in the program. Zoe Newman became the first person to foster the entire Maryland Assateague herd of 75 wild ponies.

Now Zoe has to start working hard again to save her money, as her fostering expires in one year. But that doesn’t stop her from taking care of her beloved ponies and island. When she and her mother are visiting, she picks up litter and schools other visitors about the “Help Us Keep ‘em Wild” campaign, where people are encouraged to stay at least 40 feet away from the ponies. Also, apples and carrots are not treats for the wild ponies; they are not part of their diet and can lead to a very painful death. 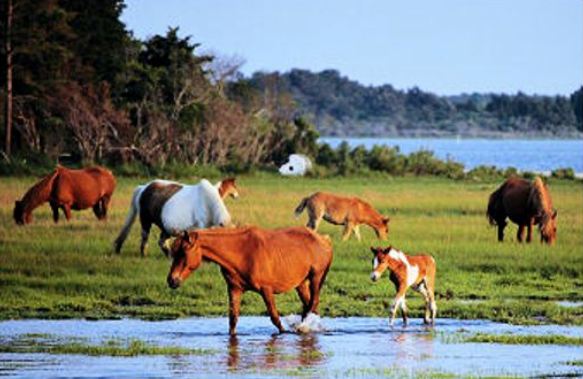 “I wanted to give something back to the island because the island gives me so much more,” Zoe said when speaking of her adoption of the final 53 ponies. “I love to see the horses run free and watch them grow.”

With her obvious passion, Zoe is considering her career path as a park ranger on . Now this is quite an impressive young lady!

More than one person can foster an Assateague pony at a time. For more information on fostering one of these beautiful wild animals, click here.

Have you ever visited Assateague Island? What is your favorite part of the experience? Share with us in the comments! We always love to hear what you have to say.