2 of Colorado's Largest Trees Reduced to Ash in 416 Fire

2 of Colorado's Largest Trees Reduced to Ash in 416 Fire

Thankfully, no structures were lost to this blaze, but the San Juan Forest took a big hit.

The 416 Fire north of Durango was a behemoth blaze, consuming anything in its path. Unfortunately, that included some of Colorado’s largest trees in the Hermosa Creek Drainage.

Starting on June 1, the fire burned over 54,000 acres of private land and San Juan National Forest. The burn area was home to several tall trees, thanks to its fertile soil, moist air, and protection from severe weather. A recent flyover by the U.S. Forest Service (USFS) revealed that two of the five largest had succumbed to the flames.

This group of giants had been identified by the state of Colorado as “champion trees,” or the largest tree of each species or cultivar, determined by the measure of the tree's spread, height, and trunk circumference, relates the Denver Botanic Gardens. According to state records, the trees included two blue spruce trees and one Douglas fir that were ranked No. 1 in their respective categories. In addition, a ponderosa pine and a southwestern white pine held the No. 2 ranking for their species. 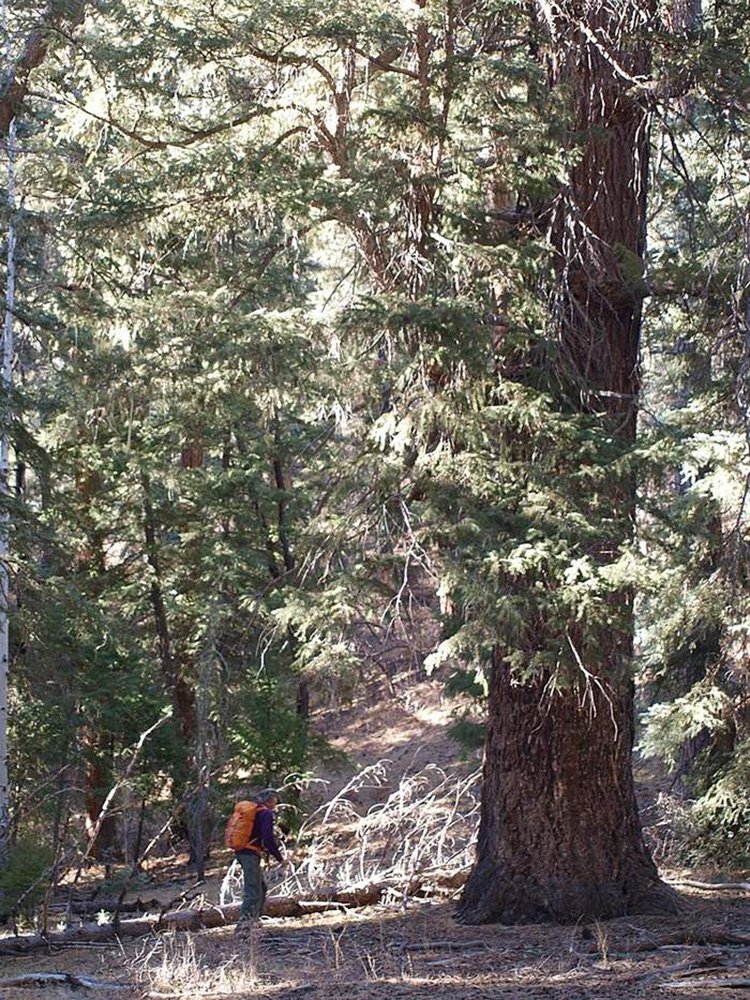 The Douglas Fir champion tree that burned in the 416 fire. Courtesy of the San Juan National Forest.

The USFS confirmed that the Douglas fir and one blue spruce were reduced to ash in the fire. The fir, nicknamed the “Outfitter Tree,” was 163-feet tall and 17 feet in circumference. The blue spruce stood 166-feet tall with a circumference of 12 feet.

The other three trees appear to have survived the flames, and later assessment will be done as to their health.

What do you think? Let us know in the comments below.