The 32 rescued Great Danes are in the care of the King William Regional Animal Shelter and are not currently up for adoption or foster care.

The King and Queen County Sheriff's Office discovered 32 severely malnourished Great Danes (20 adults and 12 puppies) living in horrendous conditions in a St. Stephens Church home at the end of August. They immediately executed a search warrant to investigate the situation.

They later contacted both the health department and county zoning office because the home was in an extreme state with severe health and zoning issues. The dogs' owners, Richard Awlasewicz and Candice Wheat, have been placed under arrest and charged with felony animal cruelty. They will be undergoing a hearing on September 20 to determine the extent of their charges. 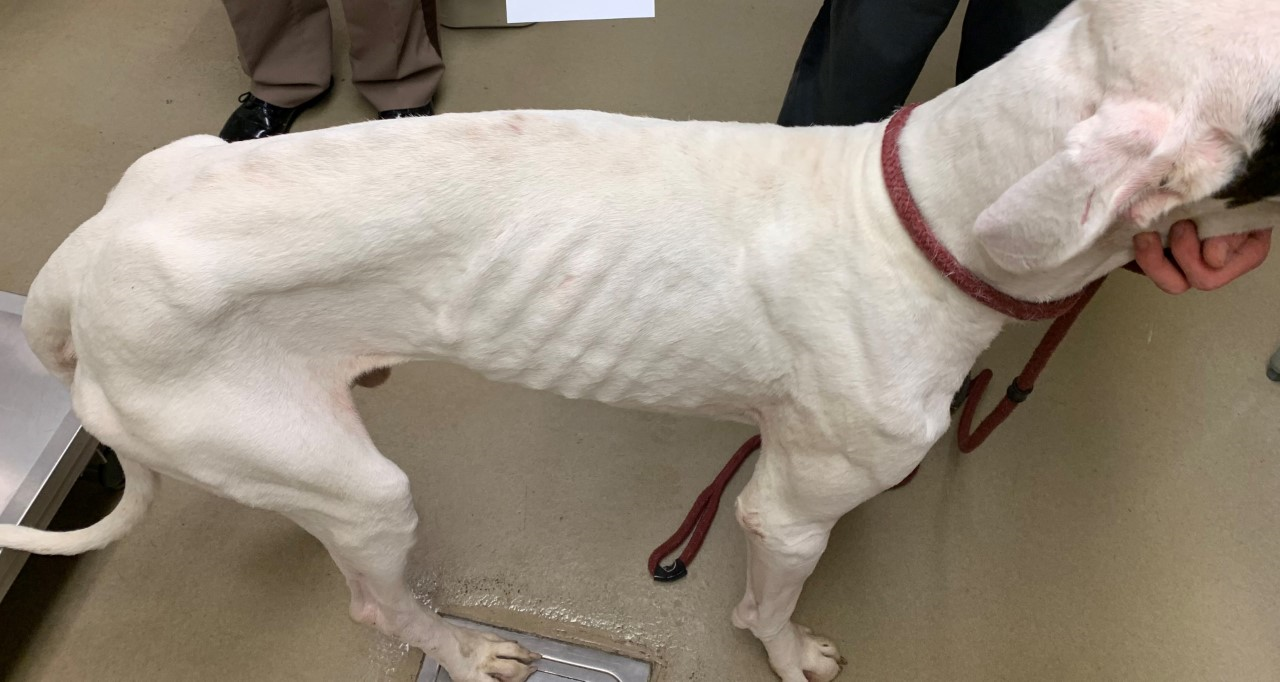 Deputies transported the Great Danes to the King William Regional Animal Shelter where they are currently being cared for. The shelter does not have full custody of the dogs at this time so they are not available for adoption or foster. Please refrain from contacting them until a further investigation and decision by a judge have been made.

Do you know the owners? Do you plan to rescue one of the pups if they become available for adoption? Tell us your thoughts in the comments!