45 Dachshunds Were Removed From a Hampton Home

45 Dachshunds Were Removed From a Hampton Home

While the dogs are safe, they are not currently up for adoption.

A woman living in Hampton, Virginia, surrendered 45 long-haired dachshunds to Hampton Animal Control on July 11 after they were discovered living in close quarters with one another. The Hampton Public Safety Communications had received a call from someone concerned over the welfare of the dogs at the end of June.

Hampton Animal Control had visited the home twice before discovering the dogs and a third time to follow up on her final decision on July 11. They had given the owner one week to either create more reputable space for the dogs or to rehome them. In the end, she was able to keep 10 of her 55 dogs, surrendering 45.

The puppies were transferred to the Peninsula Regional Animal Shelter and are in the safe care of the staff – The shelter did not state when the dogs would be available for adoption, but they are currently safe and undergoing examinations to check the health and well-being of the dogs. 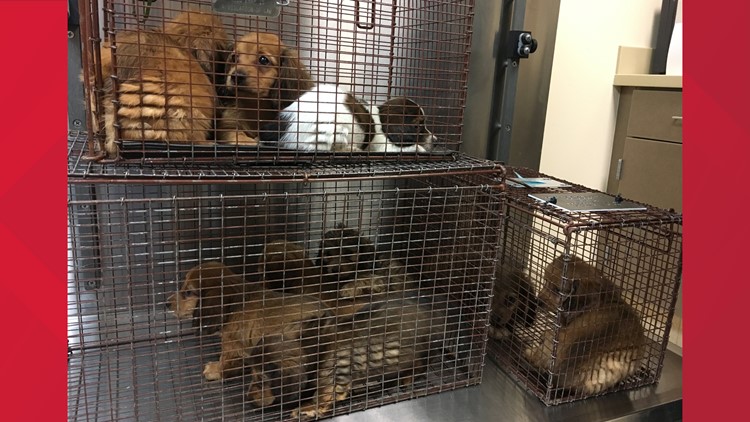 The dogs were all determined to be in good health. In fact, 18 of them are still puppies!

The shelter has received several inquiries about the dogs and posted a message to Facebook to the public to hold their horses!

Hampton Roads has been experiencing a surge of strange or bad news lately, but I didn't expect the seven cities to deal with an animal hoarding problem. Pets are loving and understanding creatures, and they rely on us to provide a safe home for them to live in. We can't imagine what those dogs were going through living in close quarters with one another like that!

If you know someone who may be struggling with an animal hoarding problem, it is best to take precautions. Be patient and understanding with the individual, and don't hesitate to call your local authorities.

Do you know the woman who hoarded all of these animals? Do you plan on adopting one of these pups when they become available? Tell us your thoughts in the comments!