Five bars in Ocean City, Maryland, closed their doors this weekend after employees tested positive for the coronavirus. The closures began on Friday, July 10, when Fish Tales OC announced it was closing after three employees tested positive. The Purple Moose Saloon also reported two positive cases. On Saturday, three more bars, The Salty Dog Saloon, Dry Dock 28, and BLU Crabhouse and Raw Bar posted announcements on social media that they would also be closing due to positive tests.

Ocean City has fared better than the nearby beaches of Delaware when it comes to coronavirus infection rates. Ahead of the July 4 weekend, Governor John Carney ordered all bars in Bethany, Rehoboth, and Dewey Beach to close until further notice. Delaware also opened up amusement parks, golf, and restaurants for dine-in service two weeks before Maryland. Both Maryland and Delaware have had an uptick in cases over the past week, with Delaware ahead. 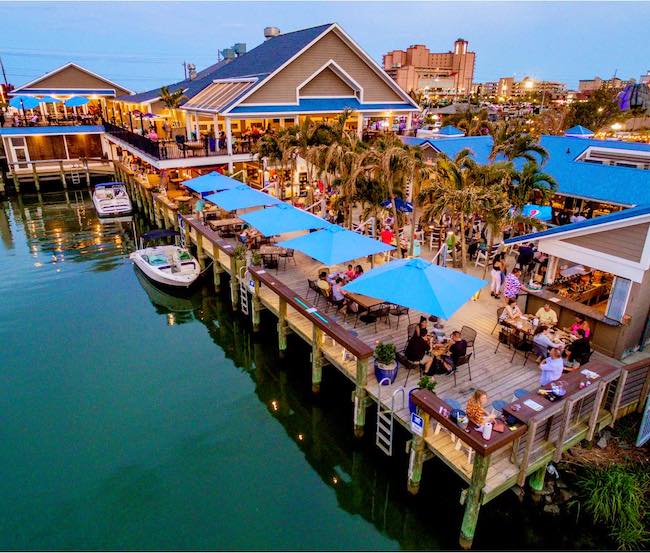 All five bars will clean and sanitize based on health department recommendations before reopening. Some, including BLU Crabhouse and Raw Bar, will be testing all employees and only reopening after tests and quarantine time frames are clear. All bars and restaurants are subject to a 50 percent rule for indoor dining and require six-foot social distancing for outdoor dining.

Fish Tales made news earlier this year when it began using a device for patrons to wear that would help enforce social distancing. The “bumper table” is a six-foot-wide inflatable inner tube that is placed on a metal cart. Patrons then just push the waist-high table through the crowd to socialize while keeping their distance from one another. The bar initially bought 10 tables, but it is unclear if those tables were in use before the closure.

VIDEO: Life-Sized Pictogram Steals the Show at the Opening Ceremony of the Olympics