5280 Trail Proposed, Would Create a 5-Mile Loop Around Downtown

5280 Trail Proposed, Would Create a 5-Mile Loop Around Downtown

Trail aims to connect communities, culture, art, and destinations in the metro area.

On August 20, the Downtown Denver Partnership announced its vision for a brand new trail to connect the downtown area.

Named the 5280 Trail (formerly called 5280 Loop), it will link neighborhoods and create plazas and places for people to gather with a low-stress walking and bike path. The project is being compared to New York City's High Line Park, a path that winds along an abandoned, elevated train line.

In the functional, transportation sense, the trail will provide a safer way to access most of the city, keeping bikers and walkers away from vehicle traffic. In addition, the vision includes a community aspect of giving people public art, plazas to gather, and a chance to engage with the outdoors. 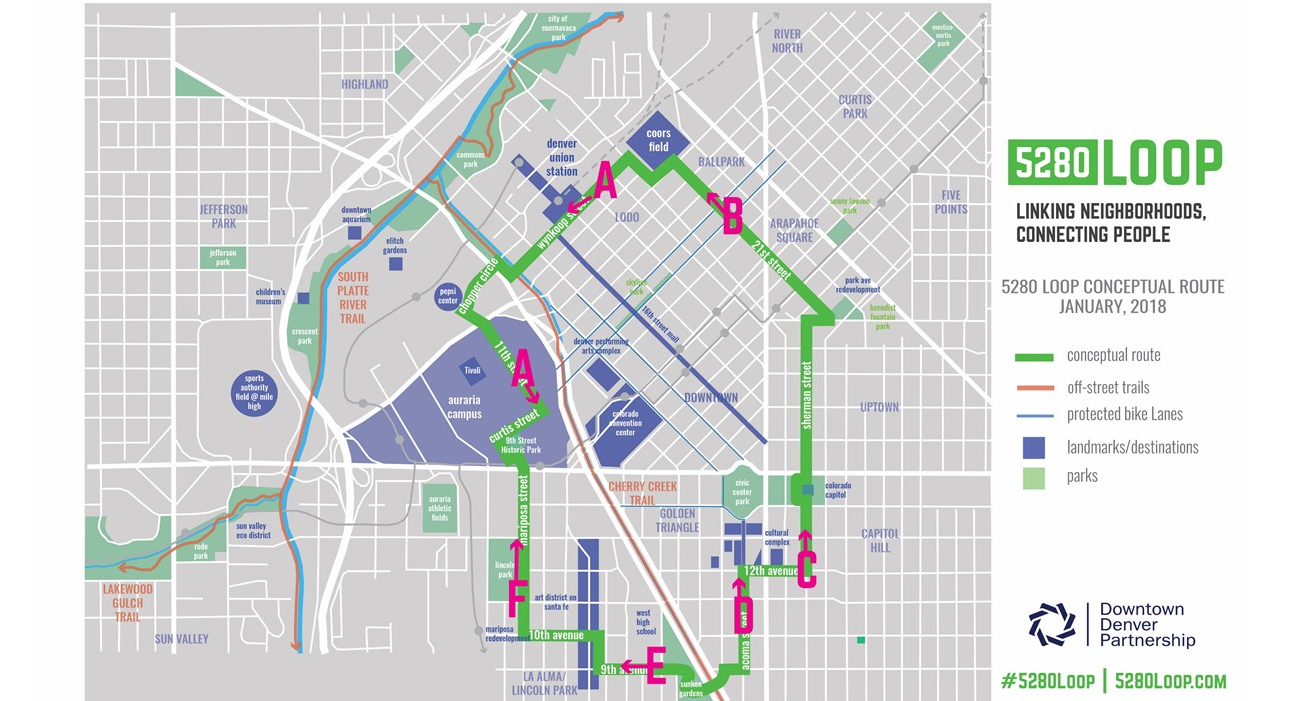 So far, the plan has just closed out its vision stage and is moving into design. Grants have funded the project to this point, and the city will pony up $850,000 to start working on the first segment. There is no word on funding for subsequent stages of the project.

The first section of design will focus on an 11-block area that starts at 21st St. near Coors Field.

Learn more about the project on the Downtown Denver Partnership’s 5280 Trail website.

What do you think of the 5280 Trail proposal? Share your thoughts with us in the comments below.