A 5-Mile Tunnel Under the District Is Now Complete

A 5-Mile Tunnel Under the District Is Now Complete

A big project has just wrapped up in the District, and you probably had no idea it was going on.

The tunnel is part of the Clean Rivers Project, a multi-year project to improve the health of waterways and reduce the risk of flooding.

The boring machine named "Chris," completed the Northeast Boundary Tunnel at the beginning of May, and construction crews had to disassemble the boring machine into 20 pieces. Each piece was put on a truck to be moved out of the city. The process took three days and required crews to close roads around the city. The Northeast Boundary Tunnel was the fourth boring project completed in the city since 2013. 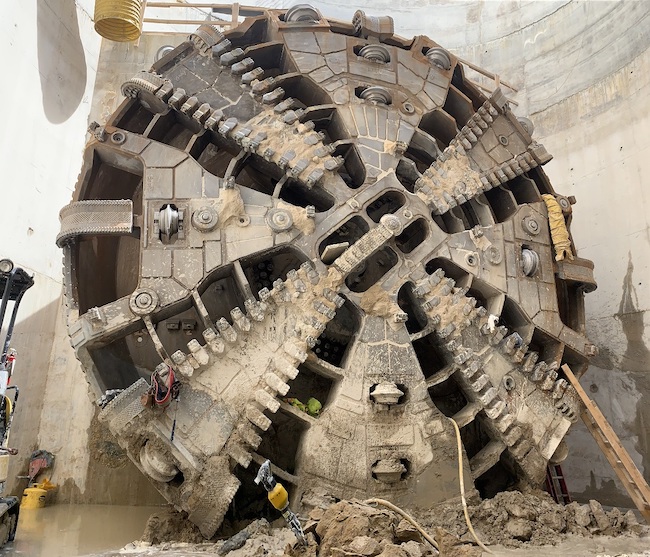 The Northeast Boundary Tunnel runs from RFK Stadium to Rhode Island Ave. NE, west to 6th St. NW. and will be connected to the existing river tunnels in the sewer system. The addition of the new sewer tunnel could reduce the amount of sewer water that runs into the Anacostia River by 98 percent. The tunnel is also designed to absorb water runoff during storms to reduce flooding.

A second tunnel in the project focused on the Potomac River is slated to be completed by 2030. Construction crews will also be installing new water infrastructure including sewer lines, manholes, storm drains, and clean-outs throughout the city.

The combination of all these upgrades will reduce sewer outflows, reducing trash, bacteria, and other pollutants in waterways. To see a summary of all the projects in the Clean Rivers Project and how they affect your neighborhood, visit dcwater.com/clean-rivers-project.

Were you impacted by these road closures? Share your thoughts in the comments about the Clean Rivers Project.