The Governor's Commission for Historical Statues in the United States proposed civil rights activist Barbara Johns for the new statue.

After standing in the U.S. Capitol for over 100 years, a statue of Confederate General Robert E. Lee has officially been removed.

On Monday, Governor Ralph Northam announced the statue was taken down from the Capitol's National Statuary Hall Collection, where it stood since 1909 alongside the state's second statue, George Washington. The proceedings occurred in the morning and were attended by elected officials, including Senator Tim Kaine and Representative Jennifer Wexton.

“We should all be proud of this important step forward for our Commonwealth and our country,” Governor Northam said in a public statement.

Statue of Confederate Gen. Robert E. Lee removed from crypt of the U.S. Capitol. Virginia Rep. Jennifer Wexton and Sen. Tim Kaine among those present. Gov. Northam calls it "an important step forward." Statue will be taken to the Virginia Museum of History & Culture. pic.twitter.com/fFqWdvsAX9

The statue was torn down at the Governor's request as part of the Commission for Historical Statues in the United States, who voted in favor of removal back in June. Each state is allowed two statues to preside in the Capitol, and the Commission intends to replace it with a statue of civil rights activist Barbara Johns. Johns staged a walkout in 1951 against the appalling conditions of her all-Black high school in Virginia's Prince Edward County. The act would become part of the Supreme Court's historic Brown v. Board of Education decision, which declared segregation unconstitutional. At just 16 years old, her inclusion would make her the youngest person in the collection.

"I look forward to seeing a trailblazing young woman of color represent Virginia in the U.S. Capitol, where visitors will learn about Barbara Johns’ contributions to America and be empowered to create positive change in their communities just like she did," Governor Northam said. 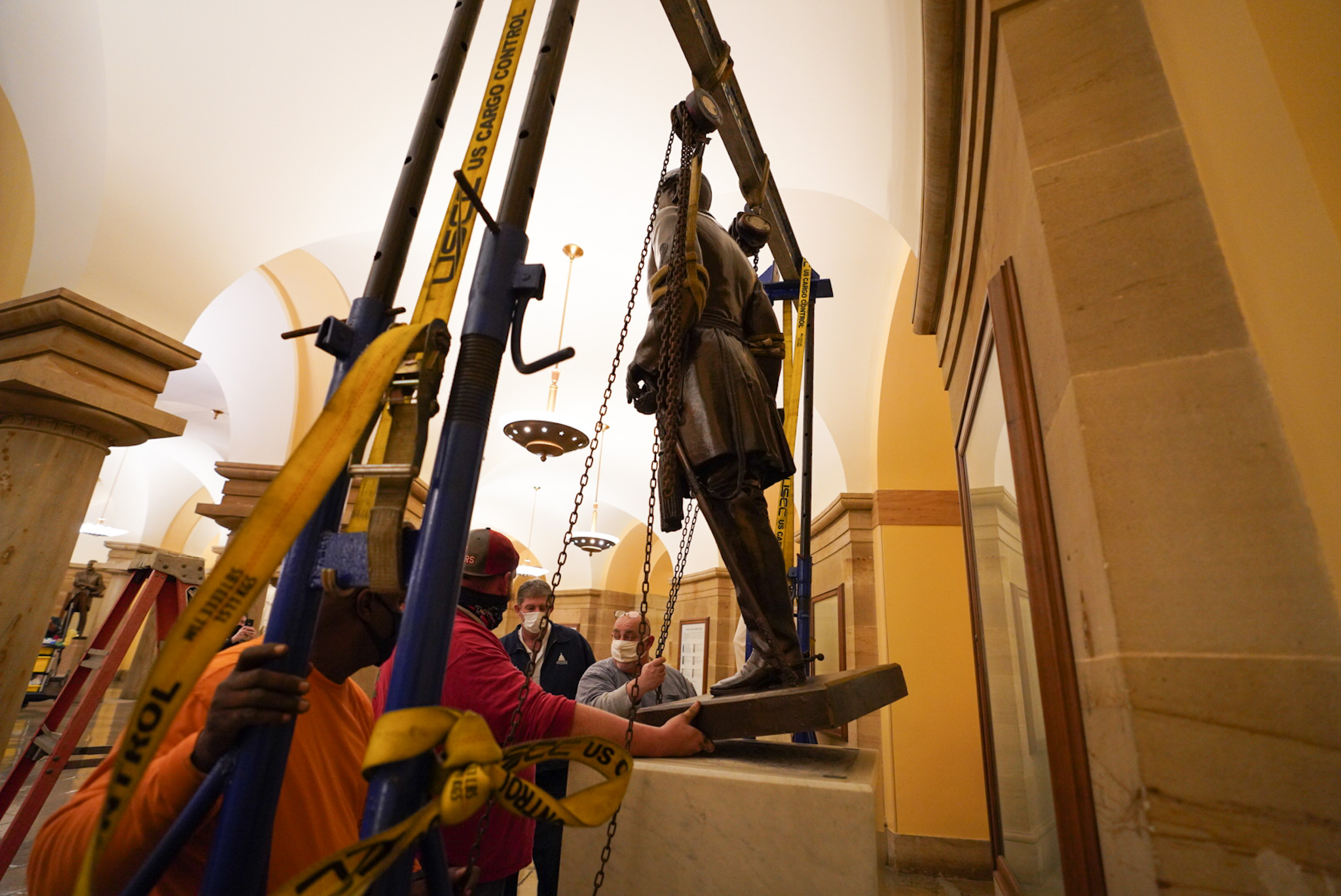 Confederate monuments have received renewed scrutiny as widespread civil rights protests confront police brutality and systemic racism. The high-profile murders of George Floyd, Breonna Taylor, and others have inspired the removal of Confederate symbols across the nation and Commonwealth alike. In Richmond, protesters last summer tore down a statue of Confederate President Jefferson Davis, while a Confederate soldier statue was removed from Old Town Alexandria. Virginia also has the most Confederate monuments out of any state in the country.

Delegate Jeion Ward celebrated the decision, saying, “When I think of Barbara Johns, I am reminded of how brave she was at such a young age. It’s time for us to start singing the songs of some of the Virginians who have done great things that have gone unnoticed. This is a proud moment for our Commonwealth, and I am humbled to have been a part of it.”

The commission will need to seek approval for the replacement, and Northam has proposed $500,000 in the new budget for the statue's construction. The Lee statue will be displayed at the Virginia Museum of History & Culture in Richmond.

Let's hear from you! What do you think of Virginia's decision to remove the statue? Join the discussion with a comment!