The announcement comes after an inappropriate photo of Falwell and a young woman on a yacht went viral.

Jerry Falwell Jr., the president of Liberty University in Lynchburg, Virginia, will take a leave of absence after an inappropriate photo of him and a girl on a yacht went viral.

A short statement from the university said:

"The Executive Committee of Liberty University’s Board of Trustees, acting on behalf of the full Board, met today and requested that Jerry Falwell, Jr. take an indefinite leave of absence from his roles as President and Chancellor of Liberty University, to which he has agreed, effective immediately."

Liberty University is a private evangelical Christian university that was founded by Falwell's father in 1971. With Falwell Jr. at the helm since his father's death in 2007, Liberty is known for its strong stance against alcohol and sexual immodesty.

Earlier this week, a questionable vacation photo from Falwell's social media surfaced, showing Falwell and a young woman standing together on a yacht. Both of their pants were undone, and his glass was filled with a dark liquid, which he called "black water," even though, for all the public knows, it was a soda. 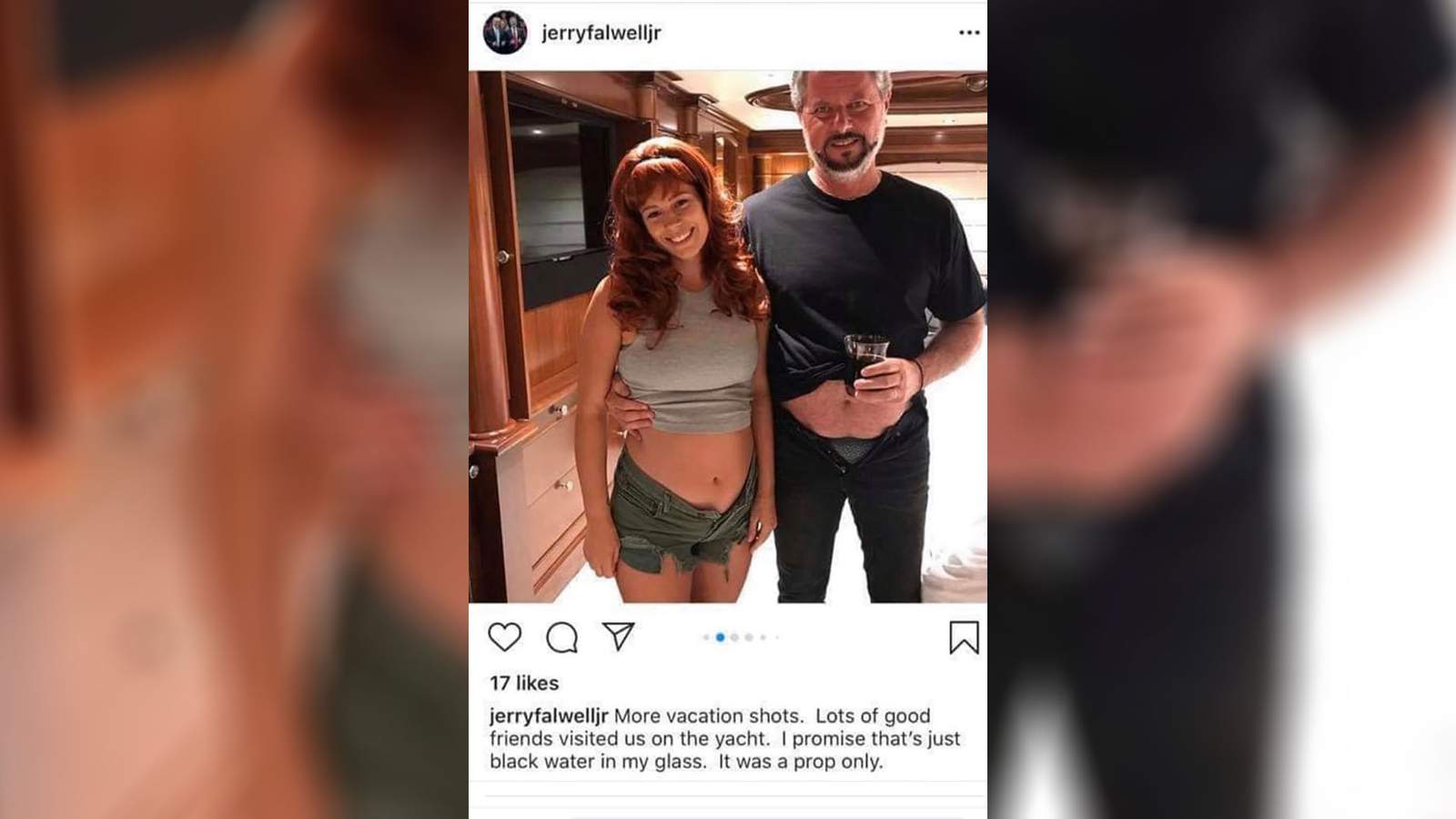 Later Falwell defended the photo, saying it was taken at a costume party.

What do you think about Falwell's leave of absence? Is it merited? Tell us in the comments!